From one of my camera sets back in North Carolina.

As it was told to me by some "old-timers" :)  ....the tendency of the Gray Fox to climb may have saved it a little bit of historical grief from hunters, AND led to the introduction of the European Red Fox (Vulpes vulpes) in North America.  Although native Reds did exist in many areas of North America at one time (having migrated across the land bridge from Europe during the Illinoian Glacial Period 130-300 thousand years ago), they became very rare by the end the Wisconsonian Glacial Period around 10-100 thousand years before present (Aubry et al. 2009).  Some native Reds still exist in North America today, but they are reportedly only found in remote locations, such as subalpine and alpine habitats of the Rocky Mountains, Sierra Nevadas, and in areas of Alaska and Canada.

So we can apparently assume that when Europeans arrived on the eastern shores of the New World, they found only Gray Foxes.  Because Grays would quickly run up a tree when chased by dogs and hunters on horses, they didn't make good sport.  Coyotes were also reportedly hunted from horse-back with the use of dogs on occasion. But 'yotes do not use the convoluted escape routes that Reds do, and are rather likely to bolt in a straight line when fleeing... making them less of a challenge.  The Red Fox, on the other hand, will break and run and run across open space to shelter...then break and run in a different direction to shelter and so on.  This made for a much better hunt ("View Haloo", if you will).

Therefore, to have something more sporting to hunt (in part) the Red Fox was introduced to North America.  Thus, Red Fox encountered in the Midwestern and Eastern U.S. are believed to be of European Stock.

But...we were talking about the Gray Fox and their notions to climb things.....

Although Gray Fox love to climb, I never thought my camera traps would actually ever catch a shot of them climbing.

As it is often said: it's better to be lucky than good. 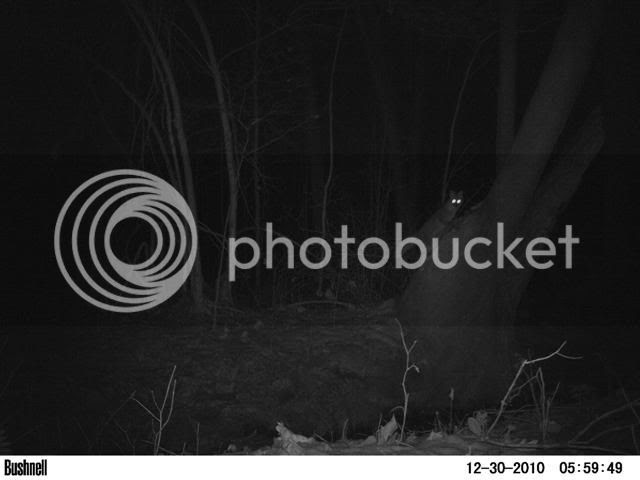 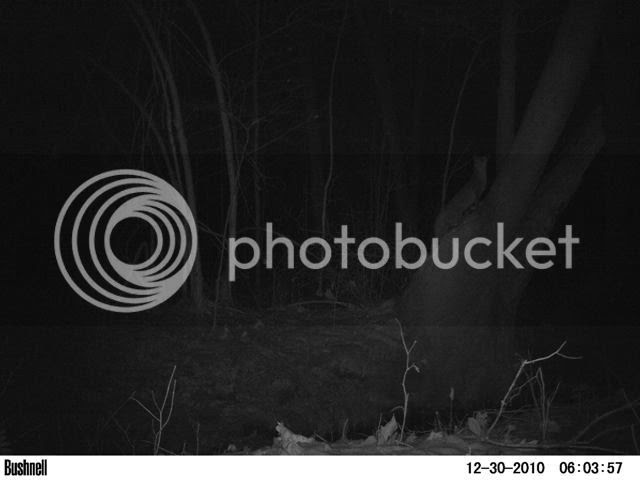 I wish I would have gotten a picture of it actually catching whatever it was after on that snowy December evening.