A Ghost in the Wood

We have a few resident Red Foxes (Vulpes vulpes) that occassionally come near the rural home where we live.  I hadn't seen much of them this summer or in early fall.  But come late fall and winter, their presence has been easier to detect, thanks to the snow.

I know that they have also become more active at one of my research sites since December. 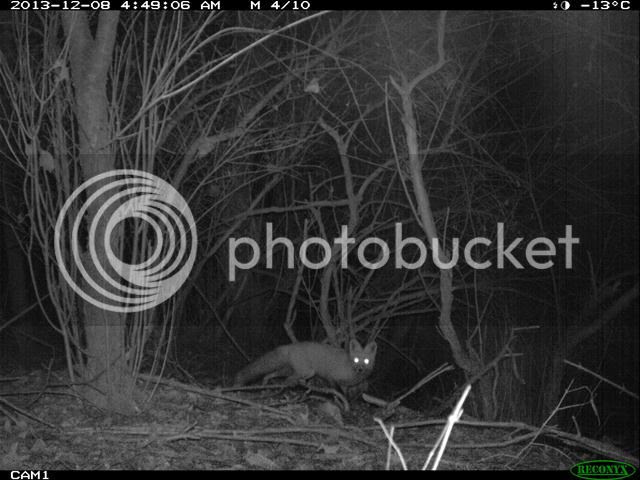 ...even stopping to investigate some scent we put down to attract him.....


I've never actually seen them with my own eyes near the house, only their sign.  I bring a spotlight with me when I take the dog out for his nightly evacuation in the hopes that I will get a glimpse of our resident forest spirits in the orchard next door, or in the pine trees behind the house.....but so far, I've seen nary an eye-shine.

I would wager they are often out there, however....probably carefully watching the dog and I as we lumber along the driveway.  I often picture them hiding silently behind a wall of dormant raspberry, waiting for us to head back into our luxuriously warm abode before continuing with their constant struggle to survive during these frigid months.

Today, however, I found evidence that the Ol' Todd had recently come a bit closer than normal.

I found a set of fox tracks near the White and Red Pine Trees immediately behind our house.  We had an inch of new snow last night, so I knew the tracks were fresh.  They purposefully moved along the back side of our garden and past the compost bins. 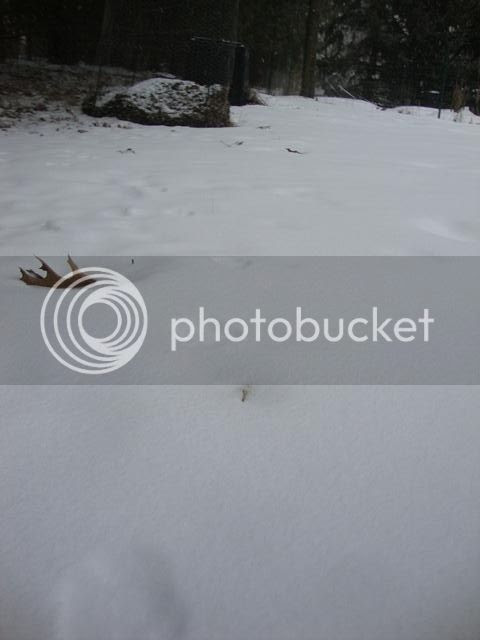 The trail then passed along the pines behind our garage and just barely around the west wall, where the fox would have had a better view of our driveway and the road beyond.... The fox then turned almost on a dime, planted on all fours once...perhaps to stop and scan his surroundings....before moving away from the driveway and back up into the safety of the pine trees. 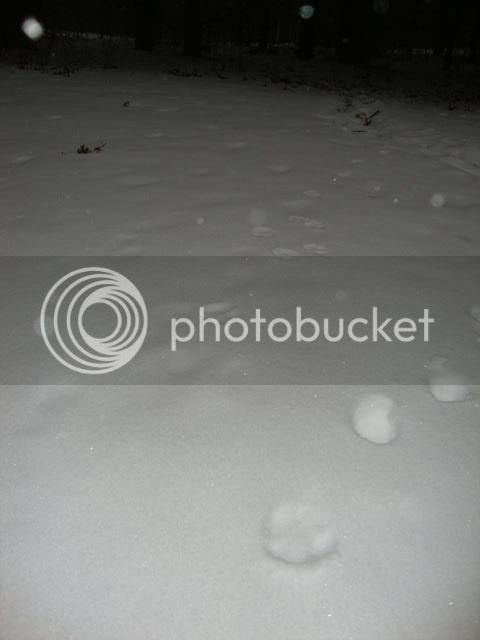 If you look carefully at the picture above, the track in the foreground was the last in the trail moving this direction....the ones in roughly the middle of the frame are of Toddie's new direction (note the four to five tracks near eachother....probably where the fox stood to get a better look before moving on).

And so he went....until he hit one of my old foot trails back into the woods and I stopped following. 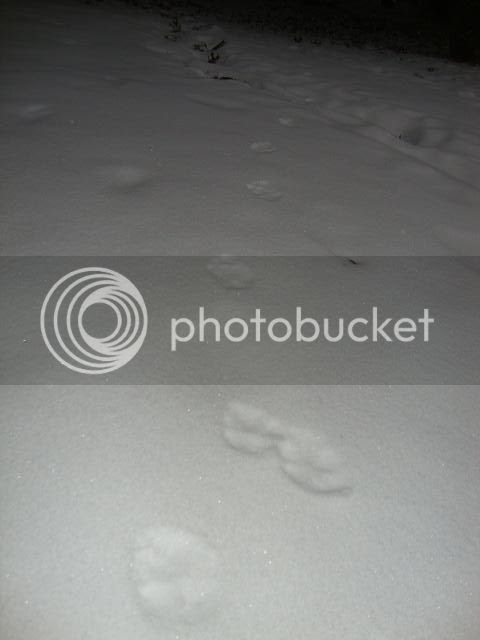 I like to imagine that perhaps it was the dog and I, coming out at just the right time, that caused the ghost to alter its silent course and head back into the woods.  Perhaps he saw the beam of my spotlight, or heard us clumsily walking over the snow from a mere 10 or 15 yards away on the driveway.

Whatever the case, I wish Todd the best of luck during these cold winter months...and wish all of you a happy New Year!

You may, or may not, remember the following video clip from earlier this year.....

Anyways, after I had posted this, one of my research students was reviewing the video clips and actually found something interesting in the clip right before this one.

You'll notice two critters in the clip below: one at the beginning on the right and another several seconds later.

We had looked at this when we first uploaded it onto my computer and dismissed it as two White-tailed Deer (Odocoileus virginianus) bounding through at top speed.  Closer inspection at a later date yielded the truth.

That second critter isn't a deer. That's a Gray Wolf (Canis lupus).  He and his pack mates were on the hunt, it appears.

Who would have thought that canine could leap as high as a deer?  I've always heard they have the ability, but you can't believe it until you see it!
Posted by Trailblazer at 8:34 PM 1 comment: