Not much new to post.  After the craziness of the end of the semester, finals, etc....we almost immediately left and drove over five hours to visit the in-laws for a few days.  After that, we went to visit my side of the family (but they live close by, so it was just for the day).

Thus, there's been little time to think about blogging.

However, one good thing happened....we finally got some snow.

This made my daughter (and me) happy.  It was nice to have some of the white stuff around for Christmas.

My daughter and I took some time to play outside quite a bit recently. 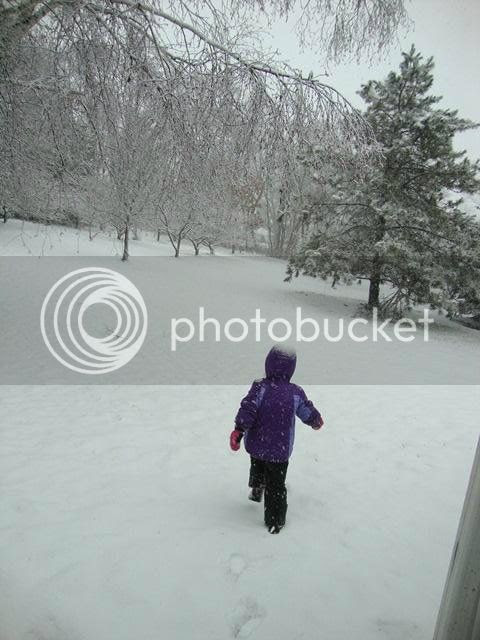 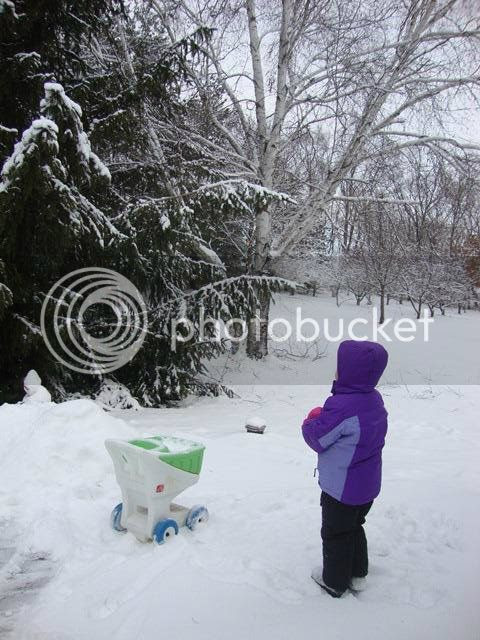 Then, on Christmas Eve, I built a little fire.....lit up the grill....and enjoyed the cool whether with a few dark, malty libations while cooking some grass-fed Porterhouse steaks for the wife and kid. 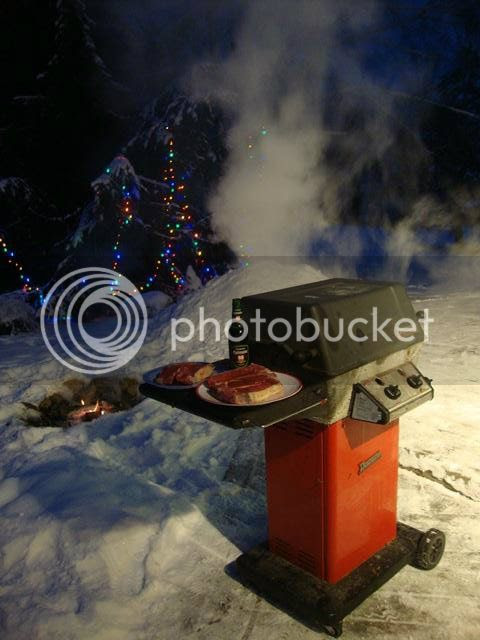 No real wildlife-related pics or videos from this year....and even looked back through my files from last year and really could find only this little clip of a very nice buck taken on Christmas of 2011.

Merry Christmas & Happy Holidays to everyone!!

See you on the other end of the trail!﻿
Posted by Trailblazer at 8:13 PM 6 comments:

Normally, I wouldn't submit two blog posts so close to one another, and I have a bunch of exam-writting I should be doing....but this picture astounded me.  I had to post about it quickly.

I checked the cams for one of my research projects this morning, and when I perused the pictures the one below caused me to do a double-take.

I can't be 100% certain, but I'm pretty confident this is a River Otter (Lontra canadensis). 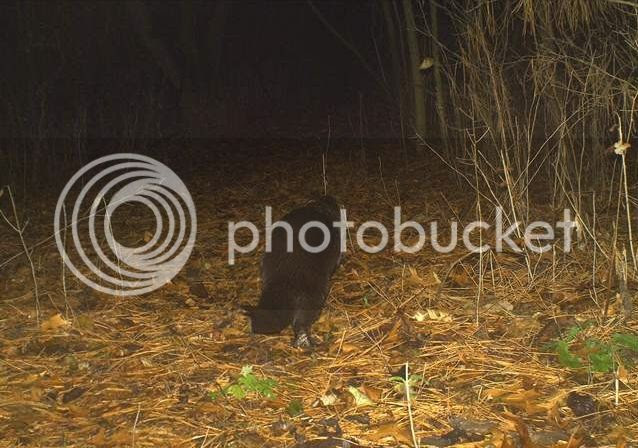 The wide long tail....the "slicked" back appearance of the fur....and the heavy creases in the pad of that right hind foot.

See an example of an otter rump here.

An example of some otter hind feet here (scroll down).

Your thoughts on this would be much apprecaited!

Why is this so interesting to me?

First of all....I have a fondness for Mustelids....and have always went the extra-mile for pics of them.

Second of all, I've gotten so few opportunities to get pictures of River Otters (see here, here, and here). Furthermore, I've been cam-trapping this property for almost two years with no otters!

Third: this location is high and dry (on a hill surrounded by pine trees and deciduous hardwoods).  The nearest appreciable water body is a small-medium sized stream about 0.32 miles to the west.  Coming to the spot with the camera from that stream would require crossing a county road, some back yards and a corn field.  There is a stormwater retention pond on an industrial property to the south (about 0.12 miles from the camera) but it doesn't strike me as big enough for otters.  It also would require crossing a fairly busy county road.  Just beyond the retention pond is a ditch (0.16 miles from the camera).  Yet, at the point when this ditch is closest to the camera, it's barely a trickle.  As one follows the ditch further south, it begins to widen (~ 0.32 miles from the camera) and eventually reaches the point that it's fed by a small-medium sized creek (0.55 miles from the camera location).

Now, it's no shock that otters can move considerable distances.  Movements of up to 42 km (26 miles) along a stream/river in one day have been reported (Melquist and Hornocker 1983).

But the picture above would be of an overland movement.

Furthermore, this critter is heading north.  If he/she kept on this trajectory, he would run into a deciduous hardwood forest that is in an early stage of succession (lots of shrubs, etc.) and then move into a fallow grassland/old field.  Beyond this, in all directions are agricultural fields.  To the north or east of this camera, the otter would have to travel 2-3 miles (through agricultural fields) to reach a decent water body again.  Of course, she/he could cut back to the west and hit the stream that runs north-south again (like I said, it's about 0.32 miles from the camera).

However, some digging in the literature revealed that sizeable overland movements are known for River Otters....including treks over mountain ranges!  Magoun and Valkenburg (1977) report new observations (at that time) of River Otters on the north slope of the Brooks Range in Alaska.  This would have required they travel 150-200 km (~93-124 miles) from the places where they had been previously known on the south edge of the range.

Thus, I suppose the little overland movement I observed isn't so suprising.

Regardless, the picture of this critter occurred on my birthday. 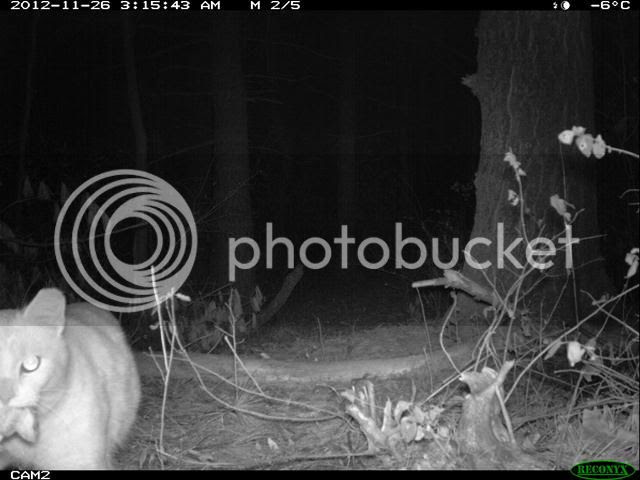 Whiskers is doing what feral cats do best.....

Finals are coming...the end of the semester is looming and time for blogging is limited!

Posted by Trailblazer at 7:57 AM 6 comments: