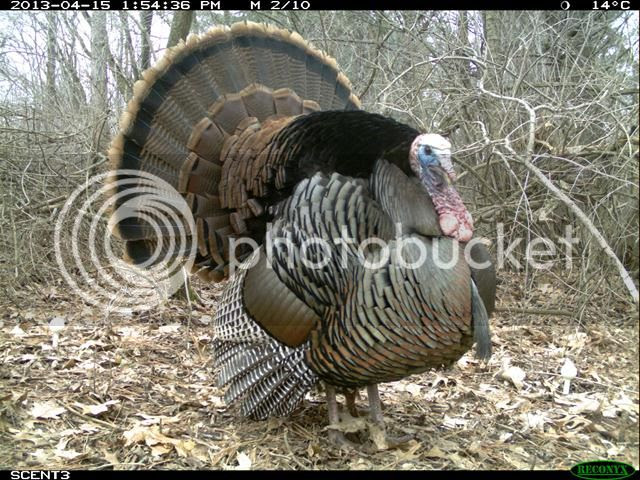 In anticipation of the coming Holiday, I figured I should post the best camera trap picture of a Walkin' Bird (Meleagris gallopavo) that I could ever hope to get.  Some students and I obtained this picture in the spring during a class exercise.  We didn't get any photos of hens on this occasion, so I'm assuming they were behind the camera.  This is the pose one would expect from a Tom on a greeting card for Thanksgiving (which is ironic, seeing that they usually adopt this posture in the spring, during the breeding season, and not in late November).

Posted by Trailblazer at 8:57 AM 2 comments:

Bucky, the Red-Tail and Others....

I can't help but post another clip of the resident Badger (Taxidea taxus).  I just don't get them that often, so I get excited about any clip we get.


Then, another rarity, a raptor on the cams.  I have gotten Red-tailed Hawks (Buteo jamaicensis) in the past (as well as a few other raptors, see here and here).  This is the first video clip, I think.

From what I can tell, this Red-tail appears to have nabbed something....


We still get some Canids, but they have become rare on this site lately....mostly becuase there has been an increase in human activity from the landowners. 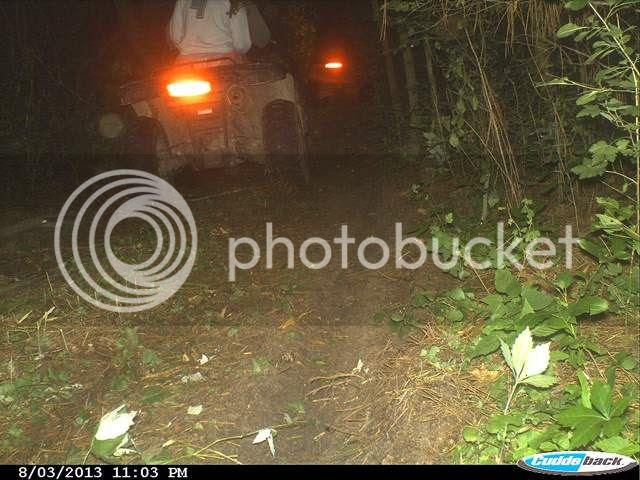 I can't blame them at all for wanting to ride their ATVs on the property.  Plus, they are nice enough to let me use the land for my research, so I can't really complain.  Just a shame to see a real decline in the activity of some species on-site due to the ATVs....  Especially considering the the diversity I had seen on that tiny parcel prior to the ATVs (including Otters, Mink, Long-tailed Weasel, and Badgers).

Recently, we got a few fleeting shots of Red Fox (Vulpes vulpes) and Coyotes (Canis latrans) on-site.  We hadn't seen either species since July, whereas the Red Fox in particular was a constant fixture in the previous two years.  We even had pups this spring, but shortly after the pups showed up, there was a real decrease in Canid activity on-site (which coincided with the greater ATV activity).

So, I was very happy to see some Canids on the cams this week, even if the Red Fox does look a little mangy....


There's also an impressive (but lazy-eyed) buck still occassionally running through the site.  He's also been pretty rare since the ATVs started moving around.  We now only see Bucks like this after there has been no ATV activity for a few days in a row. 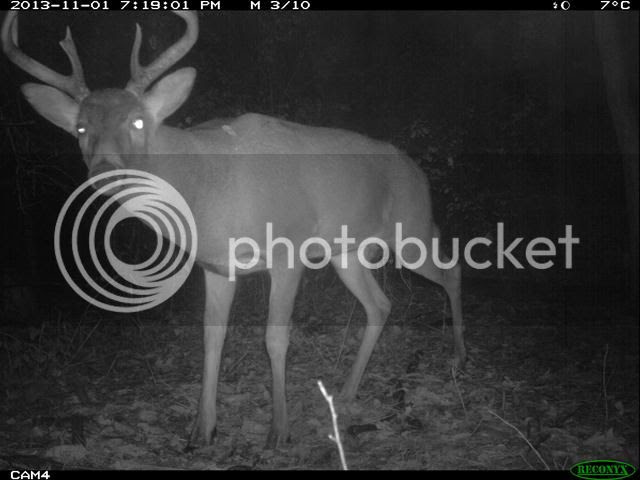 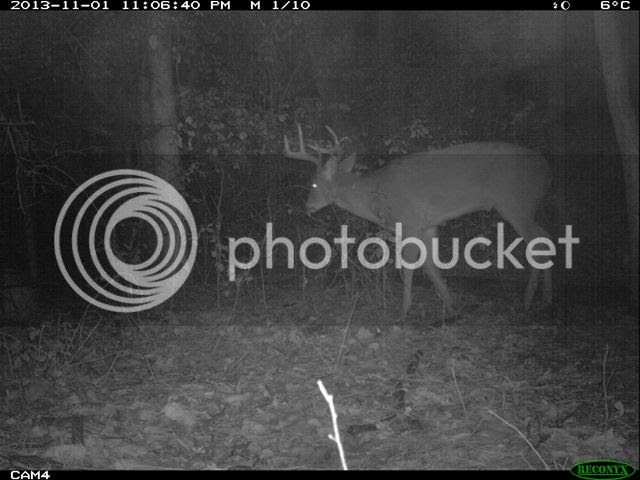 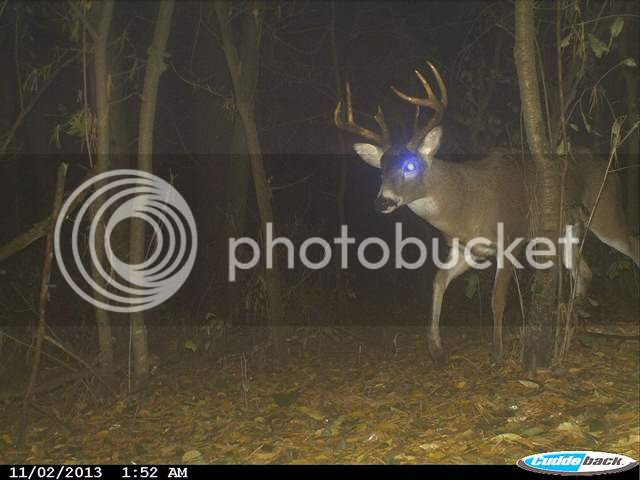 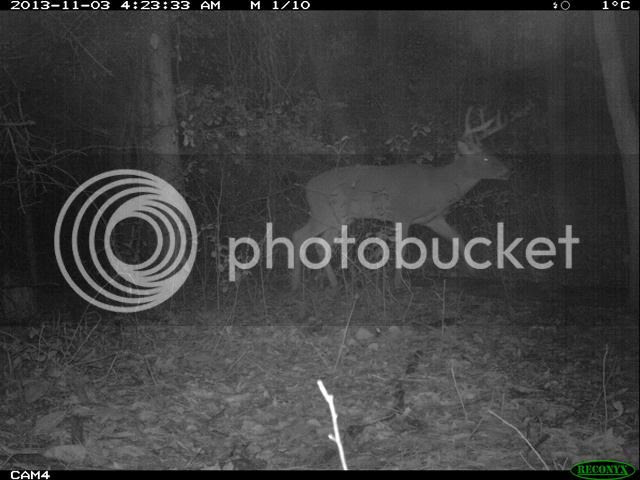 He's avoided the arrows so far (probably because he only appears to be active when its dark out, from what I can tell).  We'll see if he lasts the gun season.  Interestingly, I don't think he's one of the two bucks seen earlier in the year (see here).

That 18-pointer hasn't been back since the summer.
Posted by Trailblazer at 5:01 PM 2 comments: