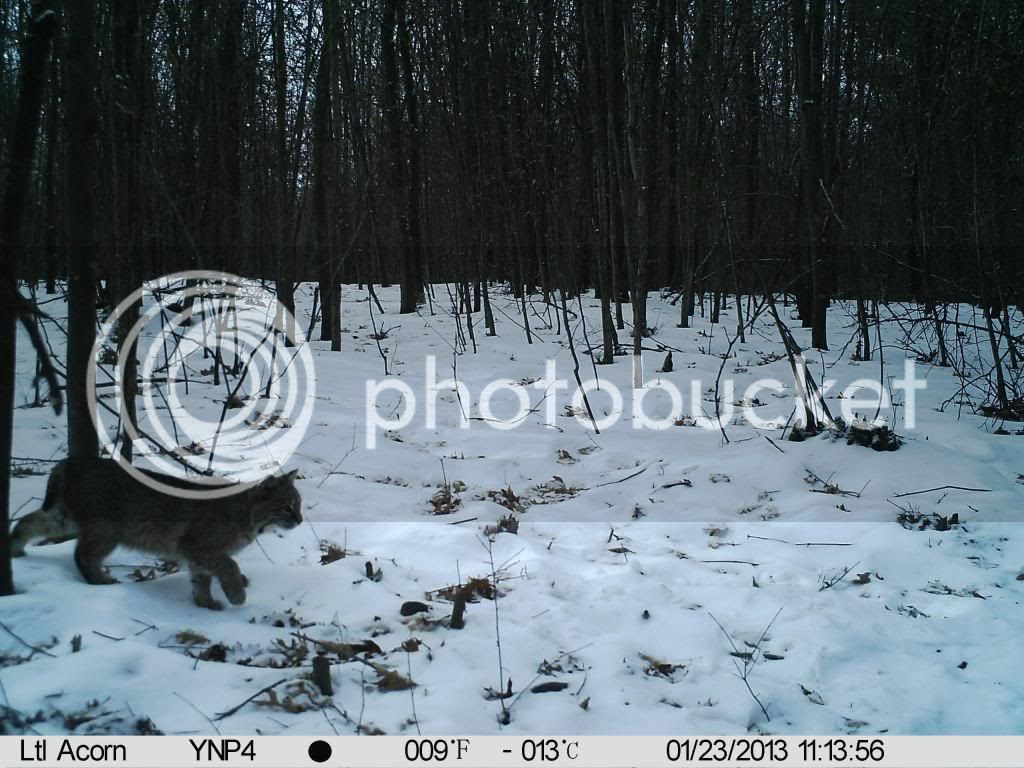 There are lots of reasons to celebrate getting pictures of a Bobcat (Lynx rufus).  In fact, a picture of any feline that isn't a feral puddy tat is cause for celebration.

Bob-tailed Cats are not rare in some parts of the upper Midwest.   We don't get them further south, down by the university...but they are fairly common in northern locations.

Yet, even in the north where they are more common, they exist in lower densities than some of the other carnivores (e.g., Red Fox, Coyote, and even Wolves).  They are solitary....which is part of the reason their densities are naturally lower (i.e., they don't run in packs and rarely in pairs outside of the breeding or young-rearing seasons).

Ultimately we don't get them anywhere near as frequently here as the good folks out west over at Camera Trapping Campus, The Nature of a Man, the Camera Trap Codger, and Romping and Rolling in the Rockies.......so I can't help but put alittle bit of fanfare into any Bobcat captures (there have only been two others to report, one of which was from my time in North Carolina: here and here).

The picture above and associated video clip below were obtained during one of the Wolf projects my students currently have ongoing.  All of my other 'cat pics are night shots....so it was nice to get a daytime color picture.  They consume many species of small mammal (from rabbits to rodents), and I imagine this one is on the prowl for calories day and night to maintain a positive energy balance in these cold winter months.

The video clip shows him checking out some of the scent we put down.  From that twitching tail, I'd guess he's interested......