The Turtle in The Box 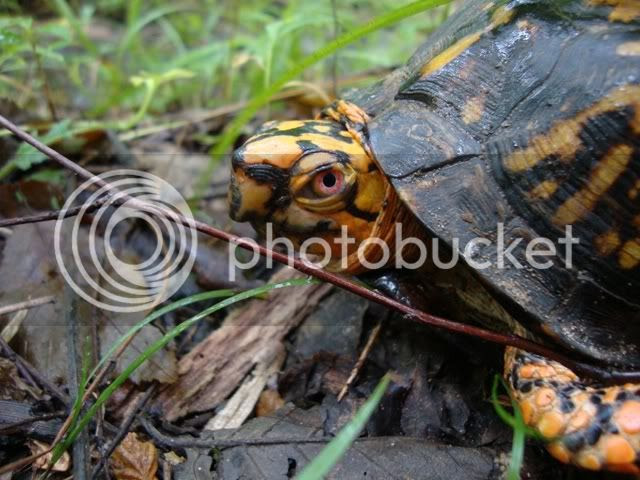 The Eastern Box Turtle (Terrapene carolina) can be a rather common sight if one knows what to look for when walking through the deciduous hardwood forests here in the eastern U.S..  The true explanation for where this small, unobtrusive critter got its vernacular name ("box turtle") is apparently open to debate.   Some say it's because they are shaped like a box.   Others say it's becuase they can close up tightly like a box when threatened.  Whether or not the latter is true, it is a particularly interesting point about box turtles.  Their lower shell, called a "plastron", is hinged.  As such, these turtles can draw their lower shells up tight against their upper shells (called a "carapace"), looking something like this after doing so: 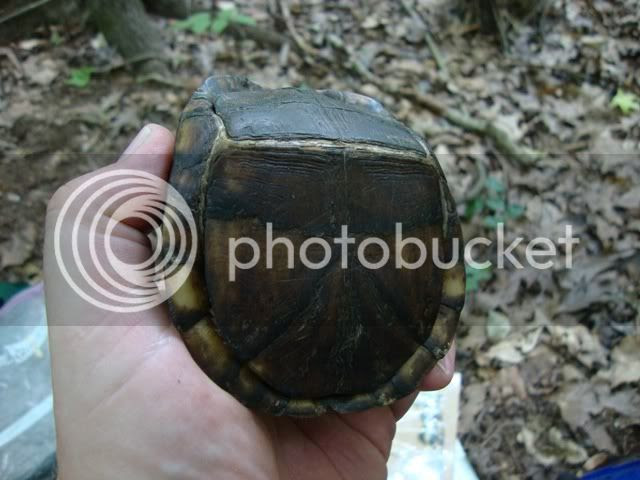 A nifty little defense mechanism.  These turtles need the extra help becuase they are basically terrestrial (land-dwelling).  So, whereas their aquatic relatives can dive into the drink at the first hint of danger, box turtles cannot.  The ability to close their shells helps them avoid predation.

When one is a weirdo ecologist, like myself, one often wonders: "What do these turtles do every day?"  Not an easy question to answer without alittle help.  So, what do weirdo ecologists do to rectify this problem?  Attach a radio transmitter to a bunch of turtles and track their movements, of course!

So, in the summer of 2010, I started affixing radio transmitters to the shells of turtles using Epoxy.  To the newbie, this may sound ingenious...but trust me, I stood on the backs of geniuses to get to this point. 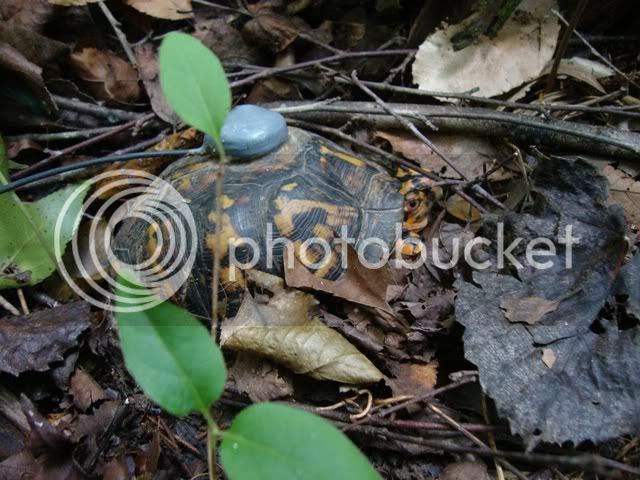 Each transmitter emitts a signal with a unique frequency.  Then the weirdo ecologist takes a reciever with a giant awkward antennae, dials in the specific frequency of a transmitter attached to a specific turtle and listens for the "beep".  The beep grows louder as the weirdo ecologist draws closer to the turtle with the transmitter until they are found.  In doing so, we can learn about the turtles' movement patterns, habitat selection, behavior, diet, etc..

BTW, I should note the picture below is not of me, but of students that I also forced into behaving like weirdo ecologists as part of their college education. 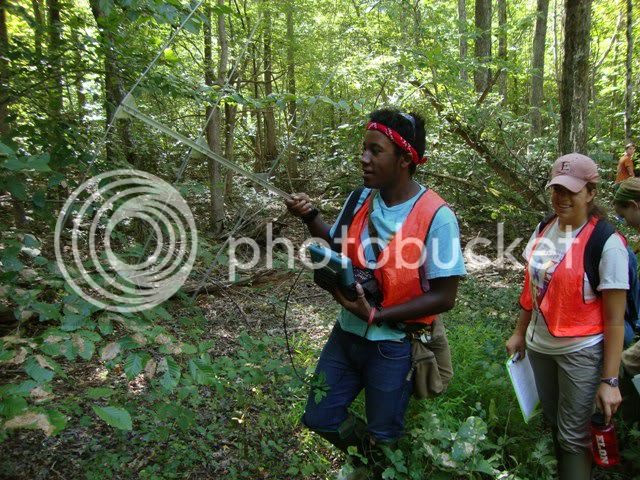 ﻿So, the turtles were tracked throughout the summer.  Habitat observed, GPS coordinates recorded, and so forth.  During the time period in which they were tracked, my students and I determined that (based on Aebischer's Compositional Analysis), box turtles prefer lowland hardwood forest and wooded riparian areas (as opposed to upland forest, grassland, or disturbed habitats).  Also, of nine turtles tracked across two sites, the average minimum convex polygon home range estimations were 2.5 acres at Site A and 3.3 acres at Site B (that's alot of moving for a little critter like this!).

Then...some time in October...the turtle's decided it was time to take a winter's nap.  So they either burrowed into the ground, or found existing mammal burrows that they climbed into, or rested in the root channels of a fallen tree, awaiting the warmth of spring.  As such, there was no need for weirdo ecologists to track them any more.  At least not until spring.

In the last few weeks, temperatures here have rose into the seventies on more than one occassion...and have often been in the fifties or sixties.  I've heard upland chorus frogs (Pseudacris ferarium) calling for more than two weeks now, which is always an indication that spring is on the way.

So today, and with the help of a dedicated student, went out and tracked the turtles to see if anyone had started moving about yet.

Interestingly, they have not.  Despite the warm temperatures, they have not budged.  I guess February is still too unpredictable for them to fall for a few warm days.  The only glimpse we got of a turtle was this individual buried near enough the surface for us to see its transmitter and the top of its shell. 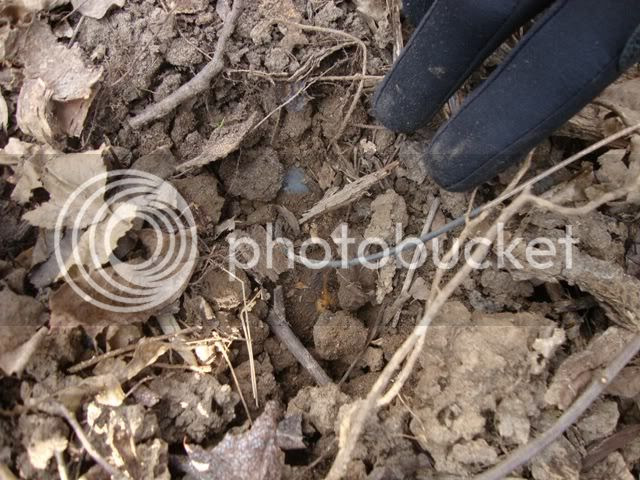 So, regardless of whether or not the Whistle-pig saw his shadow (I honestly don't know if he did around here....didn't read the paper that day), it ain't spring yet!
Posted by Trailblazer at 7:58 PM