Some photos from Christmas last year, while visiting in-laws in Minnesota.

They live in a rural setting, so (of course) I couldn't help but bring a camera with!

The snow had been deep along their back lot-line, which butts-up against some light agriculture and wooded buffers.  Shin-deep snow, almost knee-deep...you can sort of see this in the picture of me and the faithful pooch below. 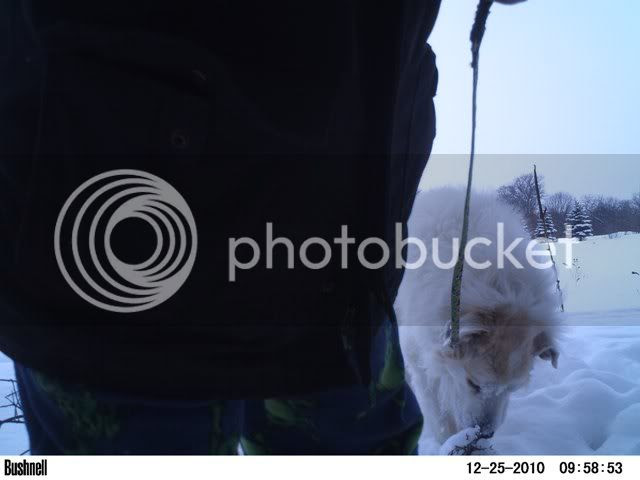 Also....not only was the snow pretty deep (which, as you know, isn't conducive to wildlife traffic), I could only find a lightly-used game trail that appeared to be a little old.  I scoped around for a better spot, but didn't find much.  So I put the camera up there and hoped for the best.

The dog and I checked the camera every day.  Unfortunately, for about 4 days straight, we got skunked (aside from a squirrel or two).

Finally, however, early Christmas morning, a pair of white-tailed deer trudged their way past. 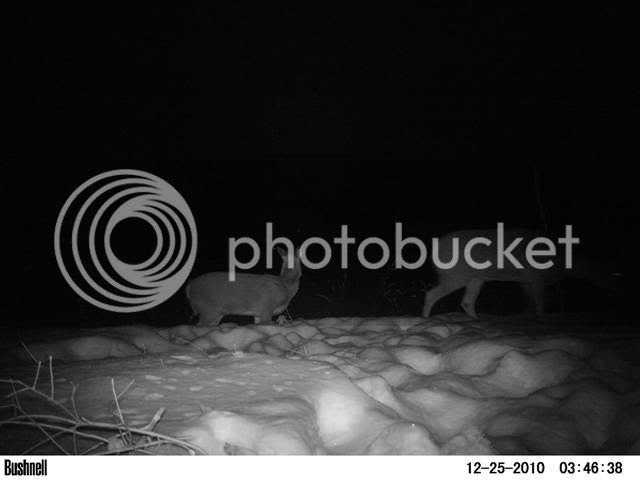 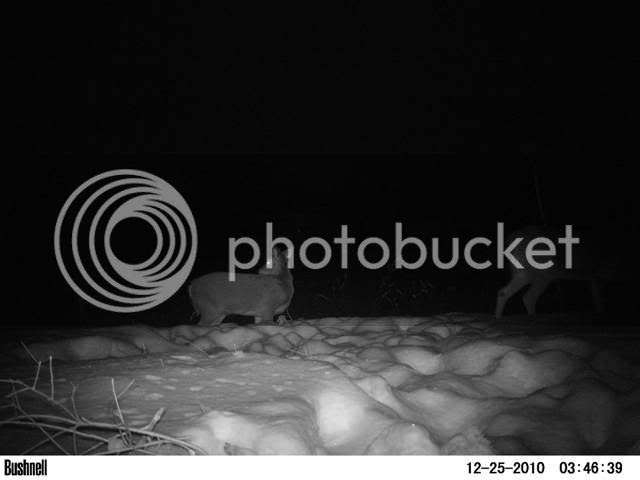 That day, the kid and I went outside to play.  She was only 2 at the time, and with the deep snow, she couldn't even take two steps without doing a face-plant.  So...we adopted a different strategy.  We played in the driveway and the road.  I realize allowing your child to play in the road sounds like a 'terrible father' moment...but it was a little traversed road in a rural suburb.  Plus, I was right next to her and we stayed along the shoulder.

Anyways...while we're playing, I happen to look down at the snow that had gotten packed down along the roadside and saw tracks.  White-tailed deer and a Canid.  Could have been a domestic dog, but also very reminiscent of Coyote.  Then another set of tracks...then another.  I followed them for a while and realized what an idiot I had been.  Critters don't like pushing through deep snow any better than the rest of us, which I knew.  But I also thought they'd be alittle more reluctant to choose a road as their corridor...especially with all of the wooded buffers around to hide in.

That night I moved the camera and strapped it to their mailbox.  And, of course, my hypothesis on me being an idiot was supported. 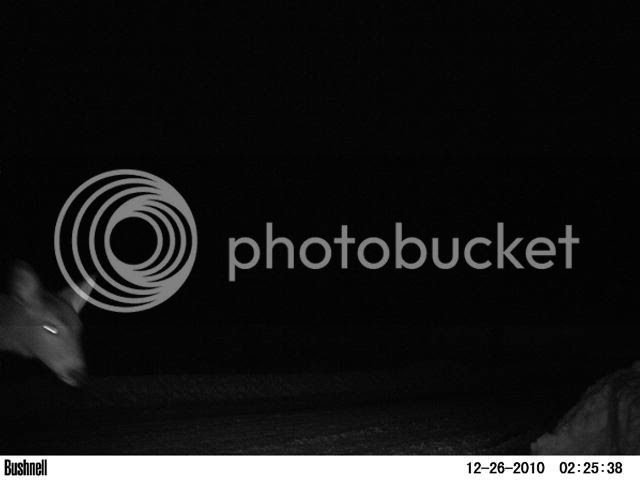 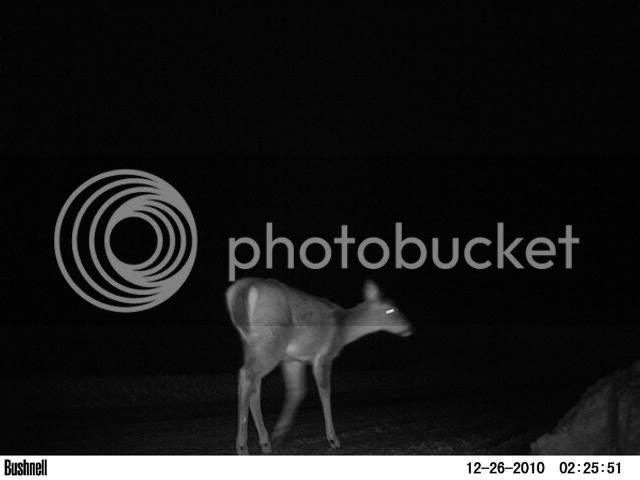 Merry Christmas, Happy Holidays and all that!

I wish you and yours the best in the coming year!

See you at the other end of the trail.
Posted by Trailblazer at 5:53 AM