A Rafter of Walking Birds

A fun exercise can be learning the technical terms for animal groups.

Everyone knows the term "a murder" of crows.  Yet...how many of you knew about an "unkindness" of ravens?  Or that a group of warthogs is called a "sounder"?  A group of rhinos is a "crash"?

Or...my personal favorite.....a group of jellyfish is called a "smack"!

Now, believe it or not....I actually knew all of the examples that I gave you already.  When you teach Zoology, these are the types of questions that students come up with.  BUT, I had no idea what a group of turkeys was called and had to look it up when I started this post.

So, a group of turkeys is, technically, called a "rafter".

Apparently, calling them a "gang" is also acceptable.  But who are we kidding?  Calling them a "rafter" is much more weird and fun!

So, let me take you back in time a few months and also back to North Carolina again.  I don't get to post much from my Reconyx cameras, because....well...they aren't mine.  -sniff-  The university that I used to work for bought them, technically, so they belong to them.  But, it's alright.  Dave is finishing up a project that we started back in March (see here).  The project has been through some road-bumps, the worst of which being some serious camera thievery (see here).  But, not to let some lowlife camera thieves cramp our style, in the midst of us moving cross-country from NC to the midwest, Dave and I worked out a deal with the university and Reconyx to replace the stolen cams (thanks to both of them!!).  We figured out a new site, and Dave went and put the cameras out on his own.  We'll finish the project at the new site...and it will end some time in February.

Recently, Dave sent me a DVD chalk-full of the pictures that these cameras took over the last few months and there were some real gems!

First of all...the turkeys are THICK at this site.  There were pictures of them on all the cameras with alot of consistency.

But at first, it's only a few shy individuals. 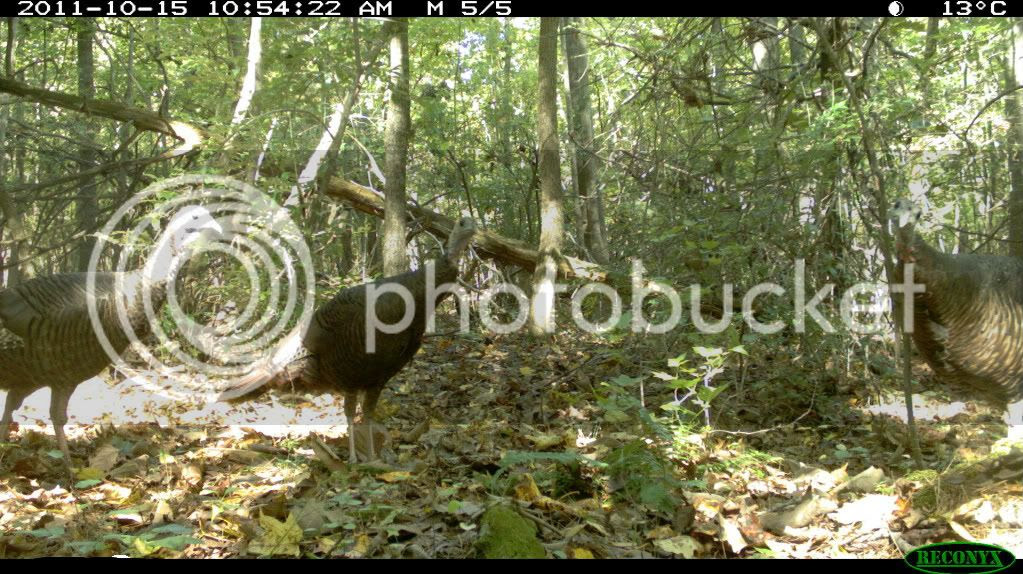 But a few days later....the biggest rafter of walking birds that I've ever gotten a photograph of swaggered through the field of view. 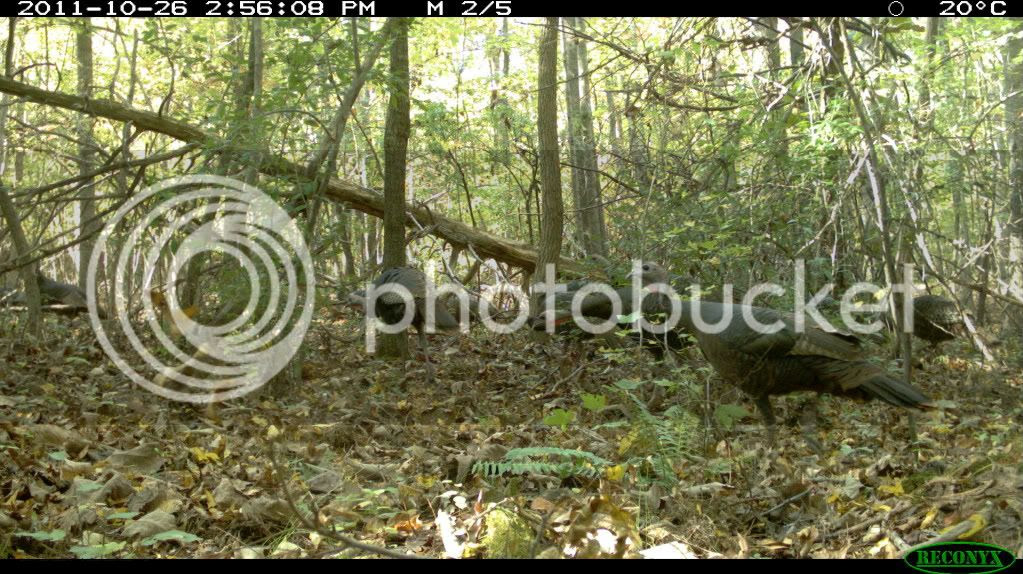 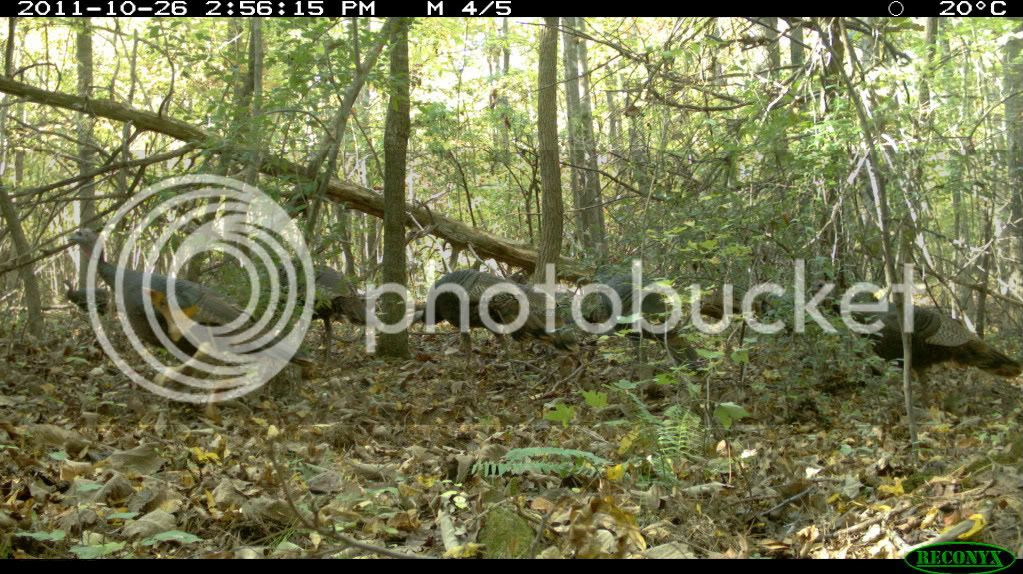 Posted by Trailblazer at 9:12 PM