I am frequently stumped by things I observe when out in the field.

This morning (February 17th) was no exception.

I was walking along the edge of some trees behind the house with the dog when a something caught my eye: a small rodent laying on its back in the grass.  It was completely intact and almost appeared to be sleeping.

Now, I went to college....and as a result I was able to deduce that it was unlikely this rodent was actually asleep on its backs in this exposed location.  So, using all of the limited power in my brain, I came to the conclusion that something must be up (hey....it was early in the morning and I hadn't quite gotten enough coffee, afterall). 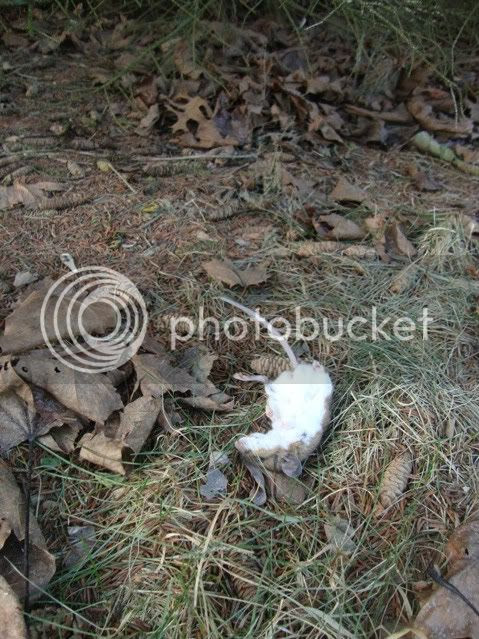 I leaned over and nudged the critter (a White-footed Mouse, Peromyscus leucopus), half expecting it to stir.  White-footed Mice are not obligate hibernators (i.e., it is not a species that goes into a full state of hibernation that it cannot be aroused from by external stimuli). Yet, they will go into a facultative state of torpor that can be brought on by lack of food or a decrease in temperature (Lackey et al. 1985).  The rate at which they enter this torpor is highest from mid-December through mid-February (Lynch et al. 1978).  Apparently Lynch and his colleagues found that these states of torpor also typically occur in the morning, and last for at least 3 hrs.

So I was under the assumption that I had stumbled across an individual that had gone into one of these torpid states, and perhaps fell from a nest site in a nearby tree (they are semi-arboreal and known to often nest off of the ground; Nicholson 1941).

But my touch revealed the colder truth.  The mouse was frozen solid, eyes staring blankly back at the grass upon which it lay.

My next thought was that perhaps a bird of prey had grabbed the little critter, killed it, and dropped it here on accident (or dropped it and it died due to the fall).  I inspected the body for damage or wounds of any kind, and found none.

It's also possible that the mouse fell out of its nest in a semi-conscious state and never woke up enough to return to it's nest before freezing.

The possibilities are limitless, I suppose. 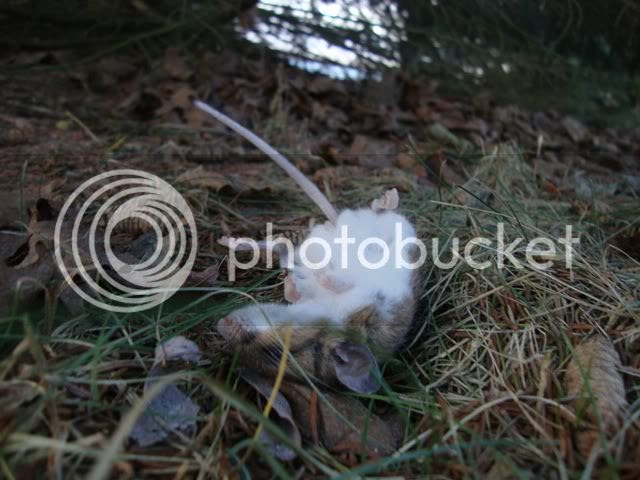 So, the question remains:  what killed the little White-footed Mouse?