Advanced Ecology Lab Week 9: The Tod and The Bandit 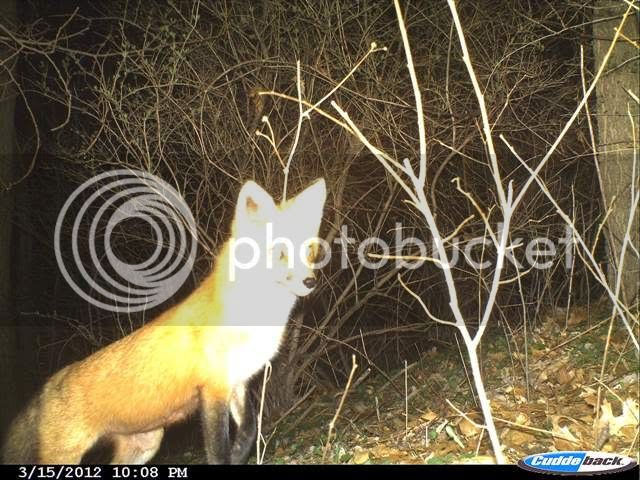 This would be one of my favorite personal camera trap pictures ever, if it weren't so washed out.  But...the Cuddeback at close range can't do much better than this....

This week was basically a repeat of last week.  The goal being to increase the chances of catching critters in the wire cage traps, while allowing the students a chance to further test their skills at setting traps again.... and perform maintenance on other long-term data collection projects. 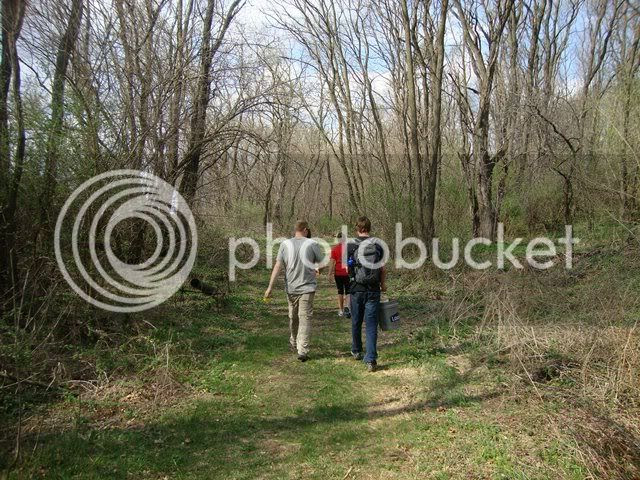 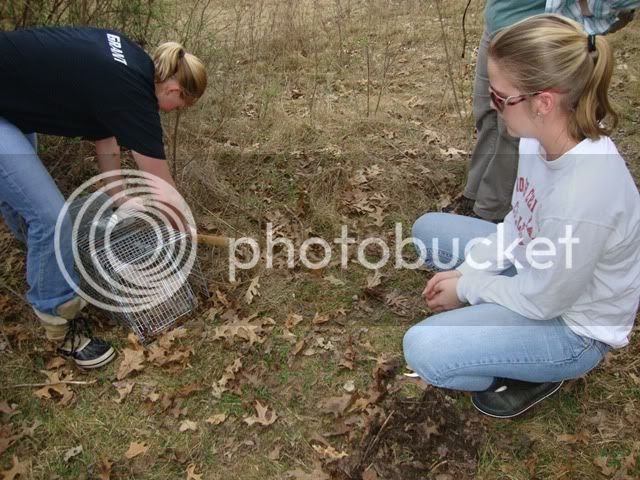 So, once again the traps went out for two back-to-back days.  This time, we sweetened the bait by mixing dog food, sardines, and drippings from St. Patty's Day Corned Beef and Cabbage.....pulling out all the stops. 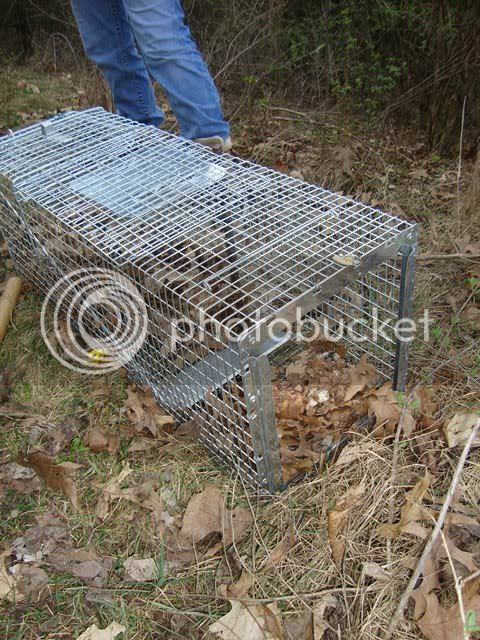 The feral cats stayed away, which I was happy for...and we actually caught some wildlife, although not a ton.

Still, one Raccoon is better than nothing! 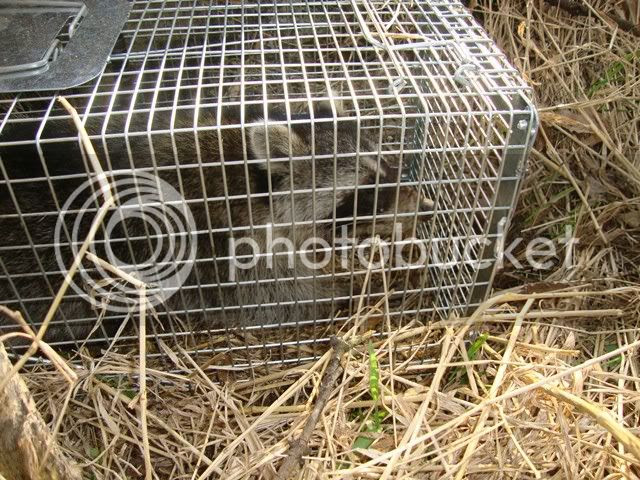 Now....a Raccoon in a trap can go either way.  Sometimes you'd think a Looney Toon-style Tazmanian Devil was in the trap.
Other times, they are as docile as a kitten. 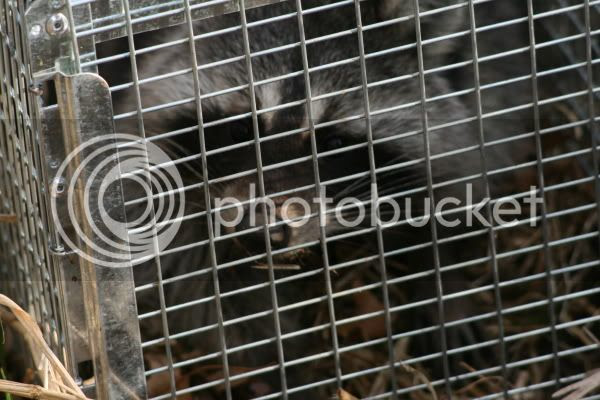 Photo by J. Scherer
This individual was actually fast asleep when we walked up to the trap in the morning, his belly full of dog food and sardines.  I joked with my students that, becuase he was a 'coon living in a suburban/rural mosaic landscape, he probably gets trapped and relocated once a month, so knows the drill.
Regardless, approaching with caution is always important (those deft little paws can reach through some pretty tight places).﻿  With the threat of rabies (a serious issue with Raccoons), kevlar gloves are warranted. 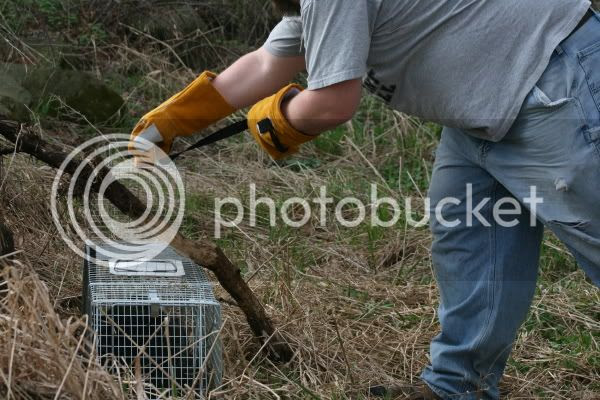 Photo by J. Scherer
But, if everything goes as planned, the bandit is gone before you have a chance to think about what might happen..... 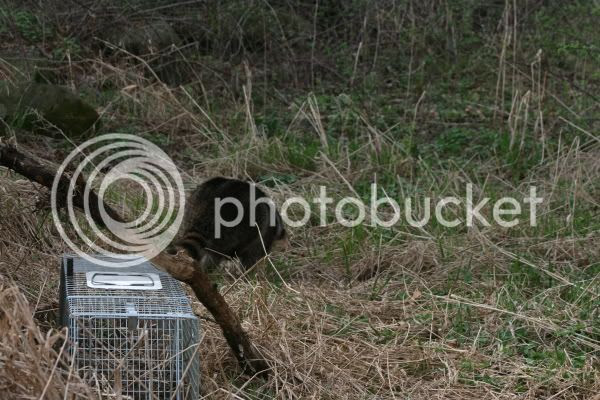 Photo by J. Scherer
Also, plenty of stuff on the camera traps.  A smattering of examples includes.... 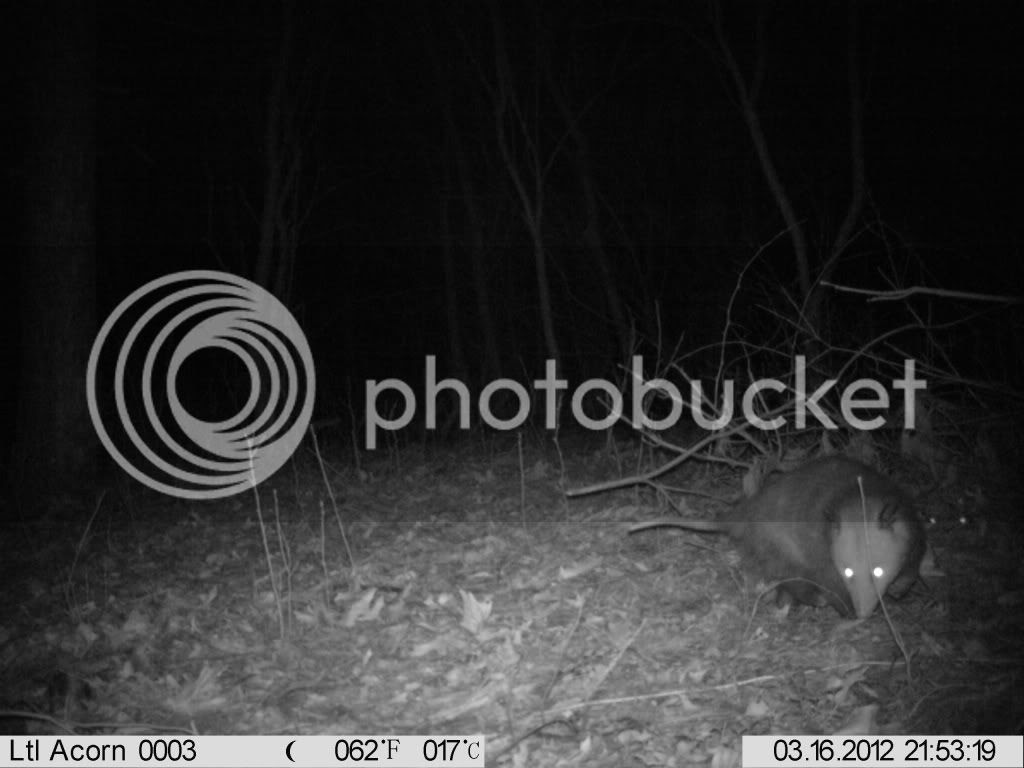 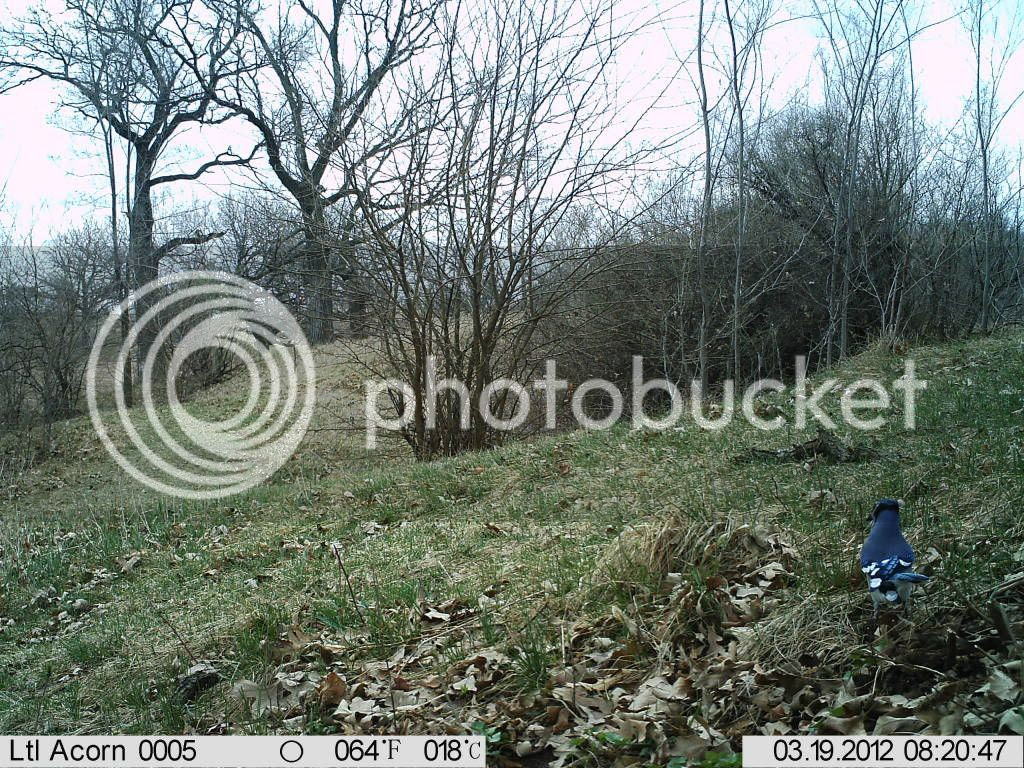 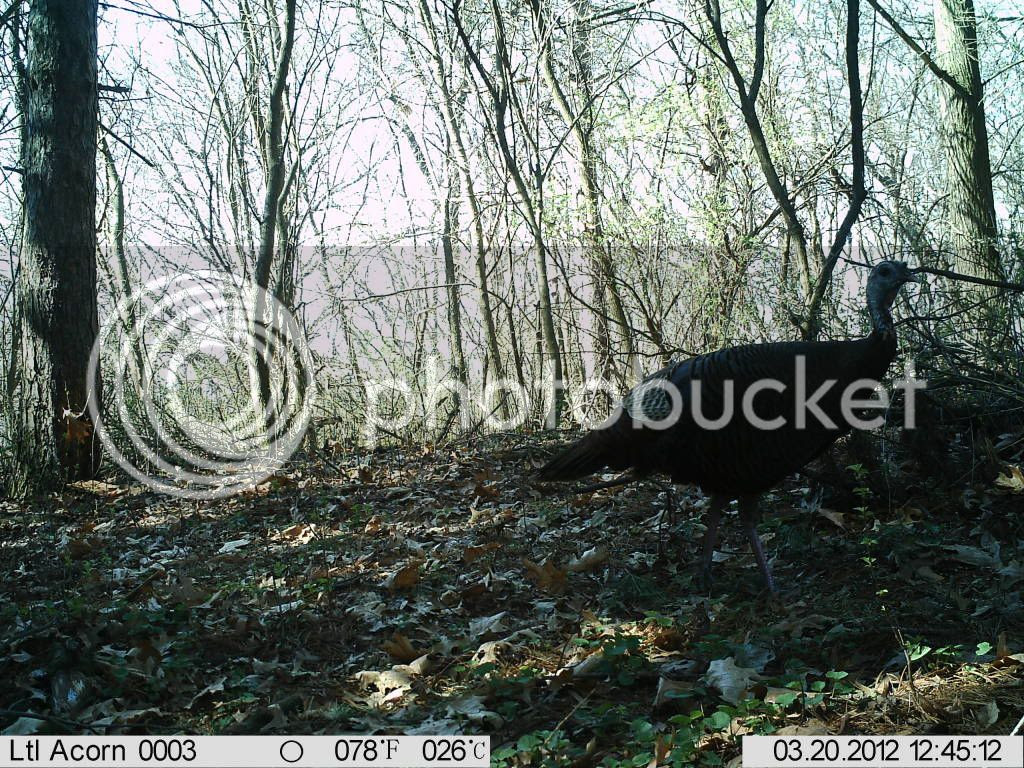 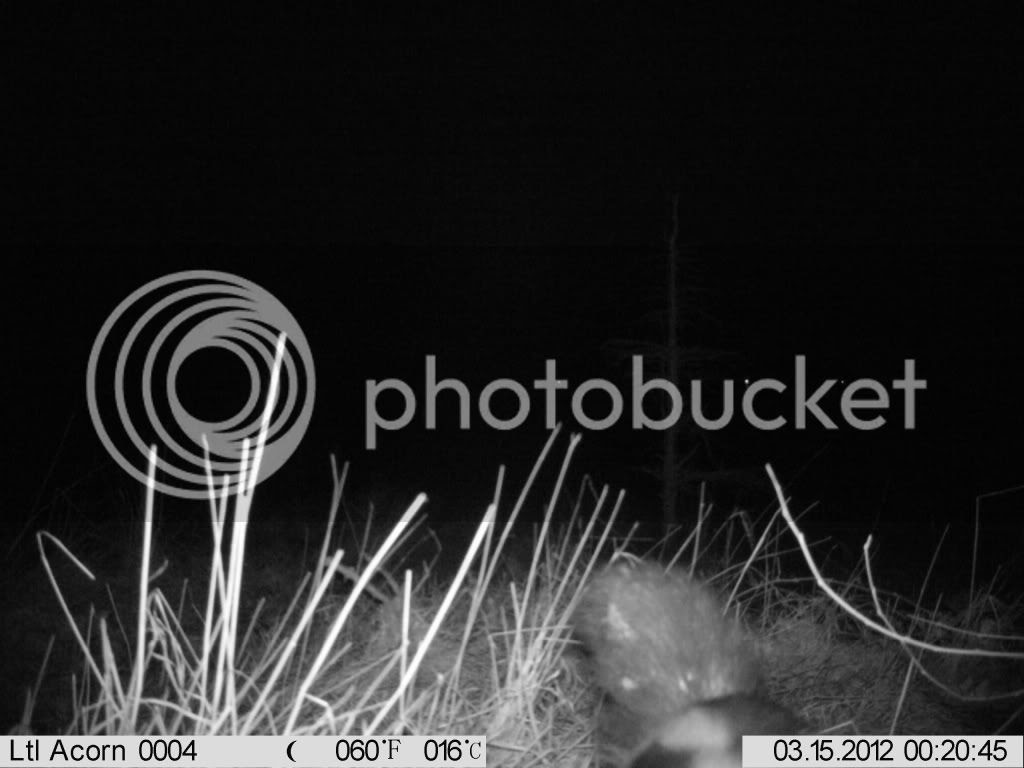 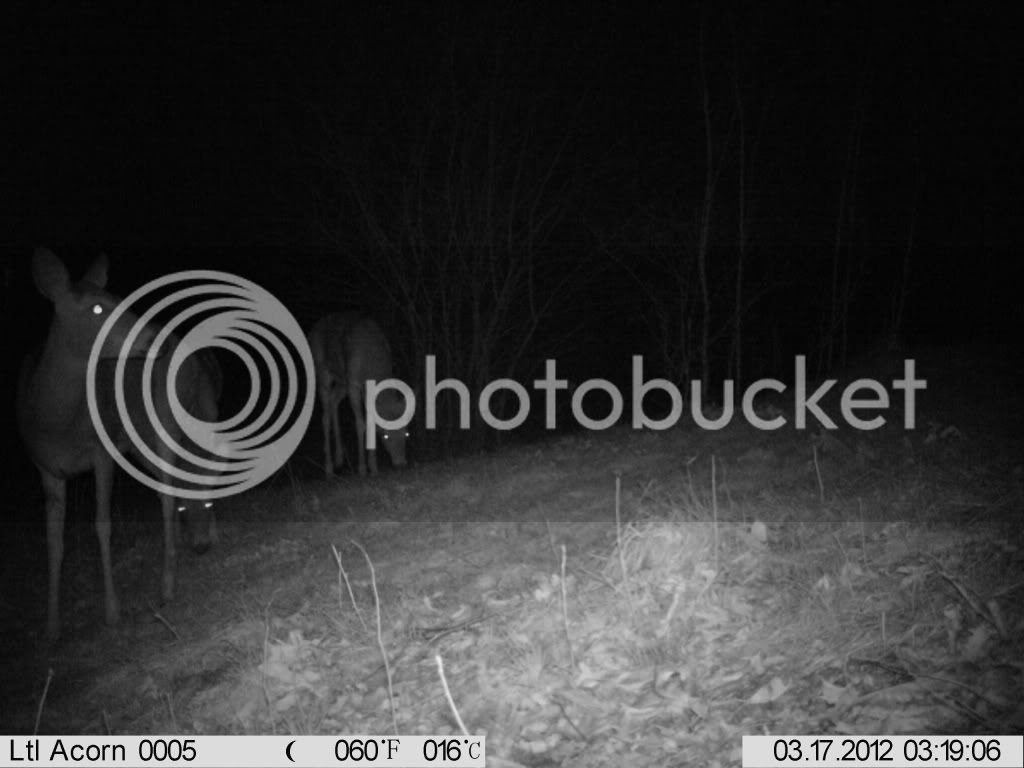 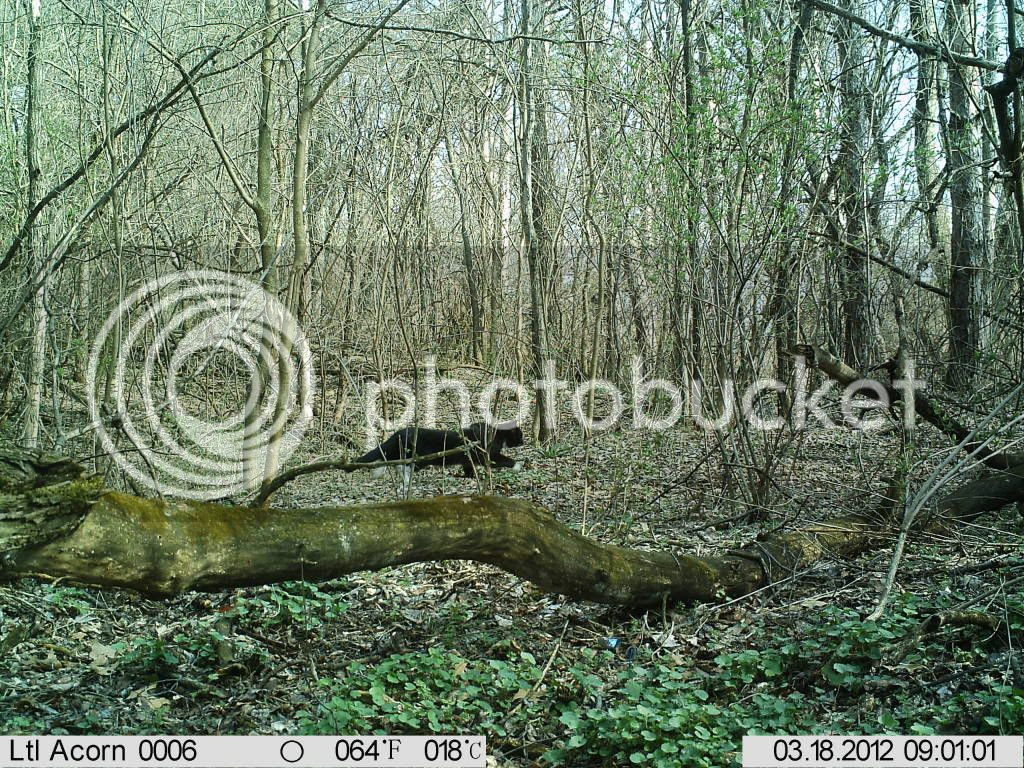 One of the minions of El Diablo....
We also had one of our most productive canine weeks on the camera traps.

First, The Tod was all over the site (including the picture at the top)....unfortunately, none of these pictures are all that great.  The video clip is sort of cool though....... 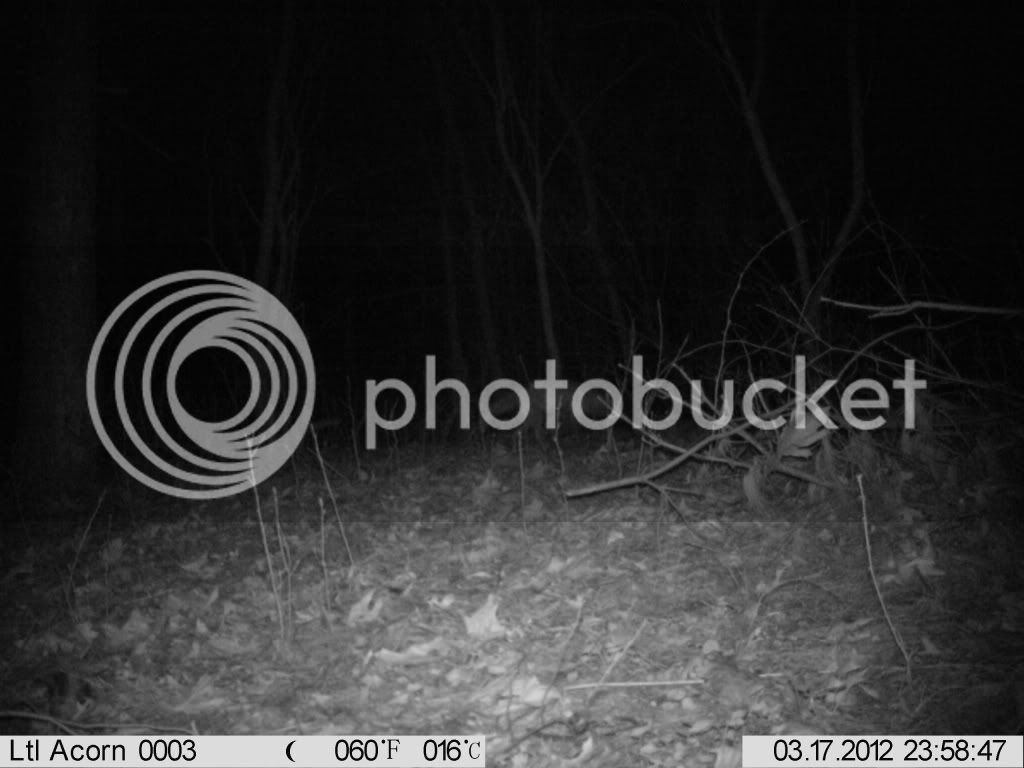 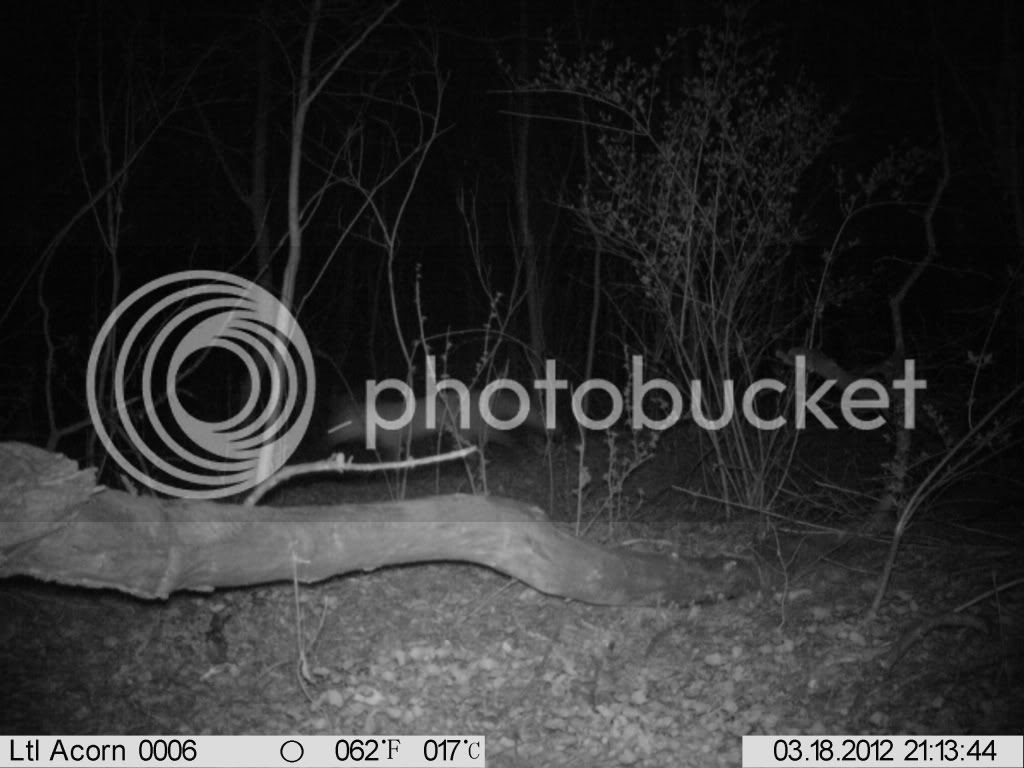 Finally, we got some close up shots of a 'yote on-site.  This camera is the one the students mounted on the tree near the location of the rabbit burrow that had been dug up by a canine of some kind (see here).  This 'yote is attracted to the spot....but the red LED's must give him a start.  As I've posted before, they are incredibly wary of the red LEDs, for some reason. 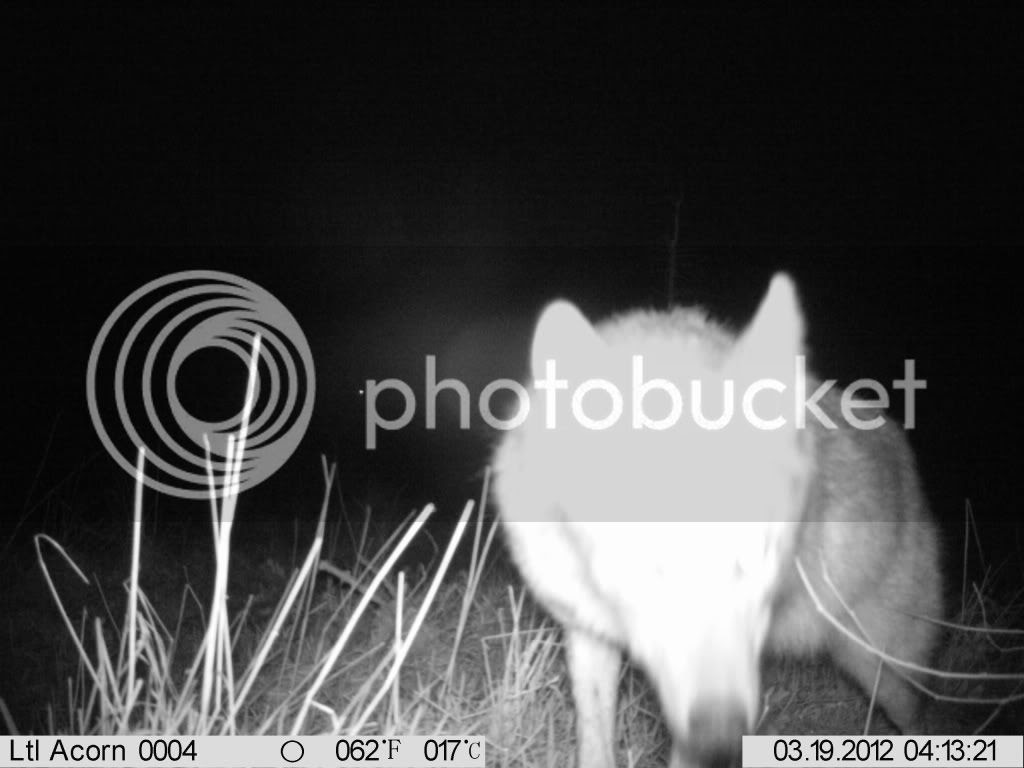 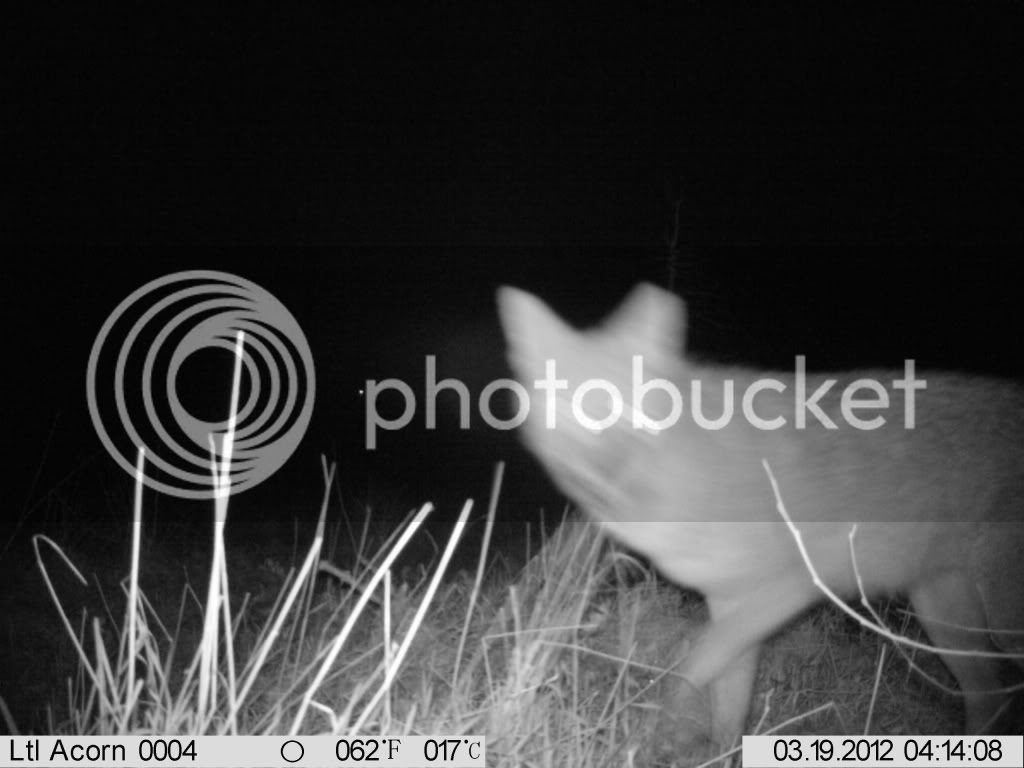 Then, he puts his nose to work from a slightly safer distance.... 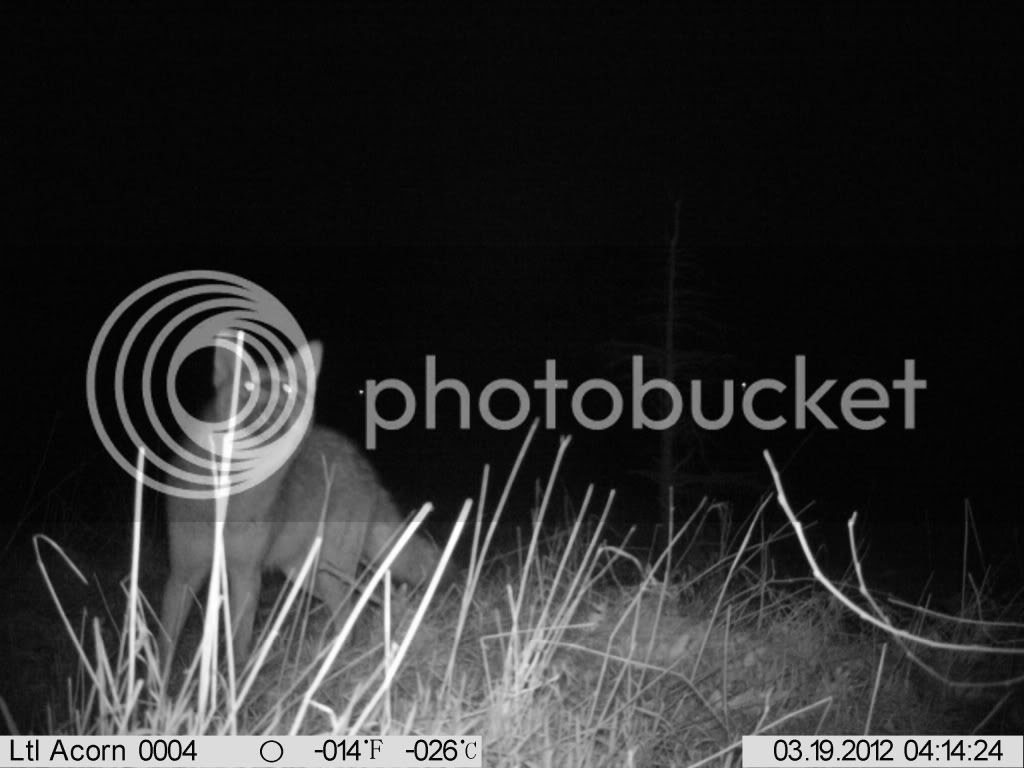 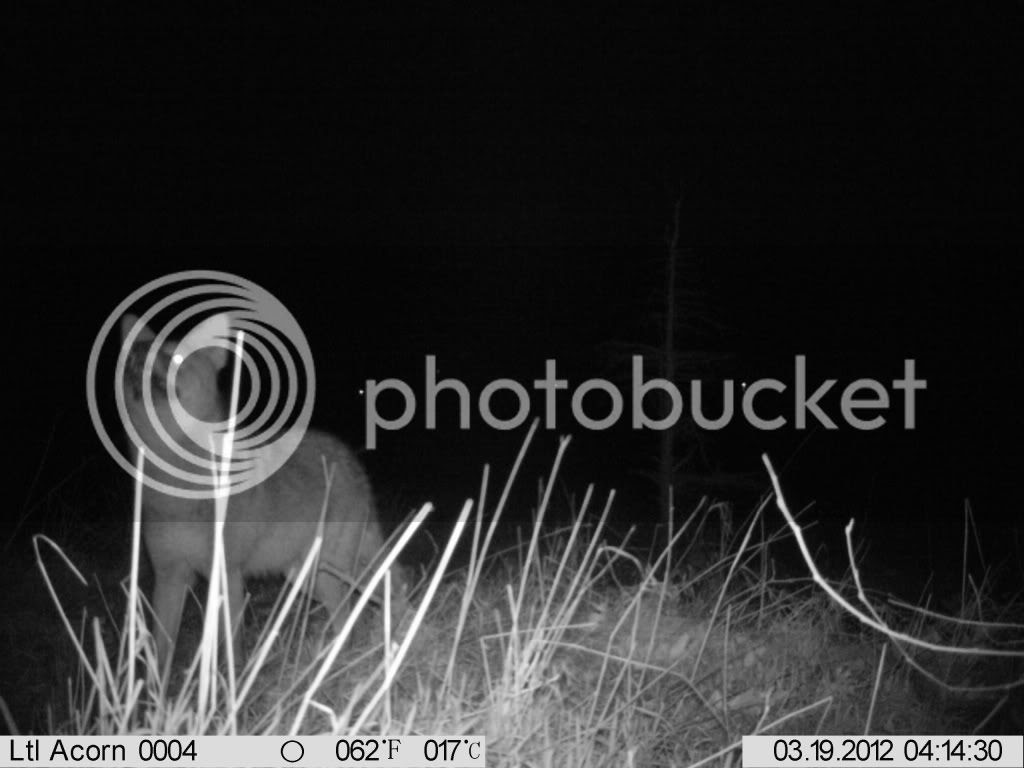 The canine pics are often blurry.  They are just too skittish to hold still for very long!

Posted by Trailblazer at 2:53 PM