Today I heard the first calling Anurans (Frogs/Toads) of the season.  Chorus Frogs (Pseudacris triseriata) are generally the earliest frogs to call in the spring 'round these parts.  I've been listening intently at various wetlands nearby for the last week.....but these tiny amphibians have been extremely hesitant (and rightfully so, given our very cold spring this year).  Despite this, I've been anticipating their calls for several days now seeing that it has started to sneak above 50 deg F more frequently over the last week.

Today I finally heard them..... 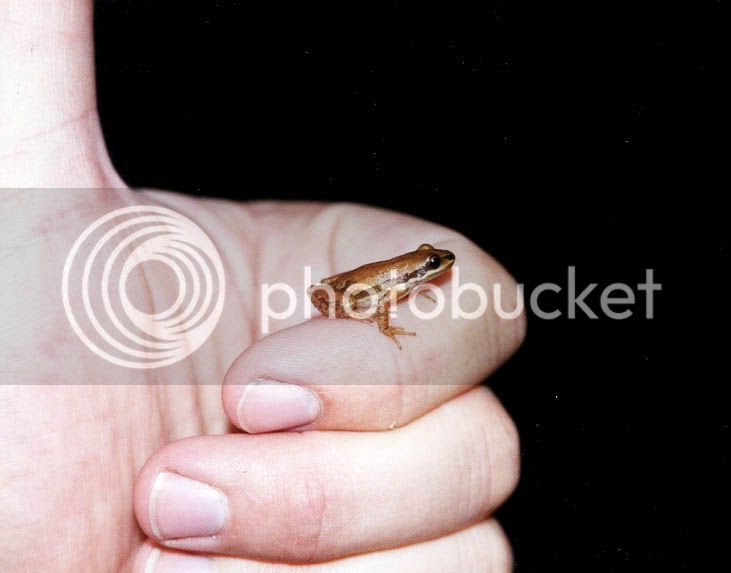 In some parts of the region they are rivaled for first position by the Wood Frog (Lithobates sylvatica).  But we do not have Wood Frogs in the immediate area....so I always consider the arrival of spring to be heralded by the Chorus Frog.

Interestingly, this is much different than their date of first call last year (which was a much warmer spring)....but on par with past dates I've recorded.

Beyond that....sometimes all that's needed are a few cool camera trap pictures. 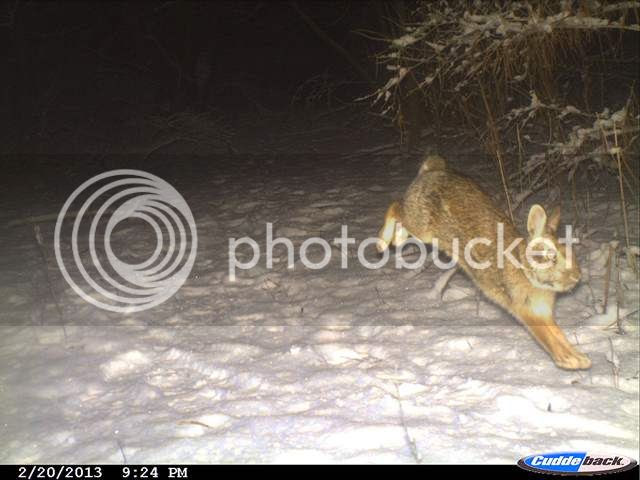 Then, what might be one of my favorite Red Fox (Vulpes vulpes) pictures to-date....... 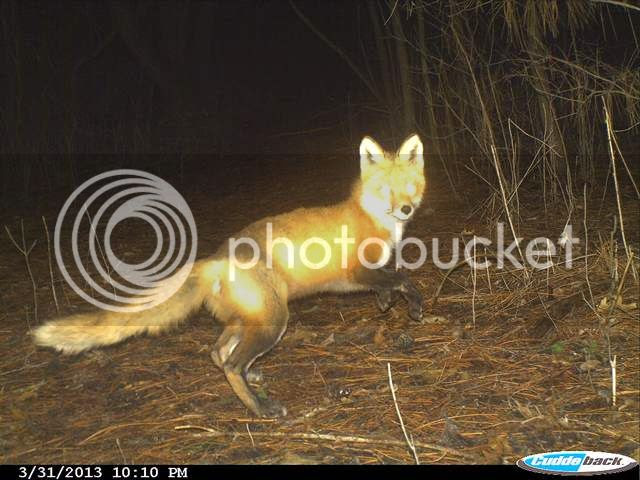 Foxes are so amazingly cognizant of their surroundings.  The Cuddeback has a lightning-fast trigger speed (< 1 sec.), which is the primary strength of this make and model of camera trap.  Thus, it almost appears as if this fox started to leap, sensed the flash, and faced the camera.....all as it was springing into action.

That is what I'd call complete situational awareness!
Posted by Trailblazer at 7:07 PM