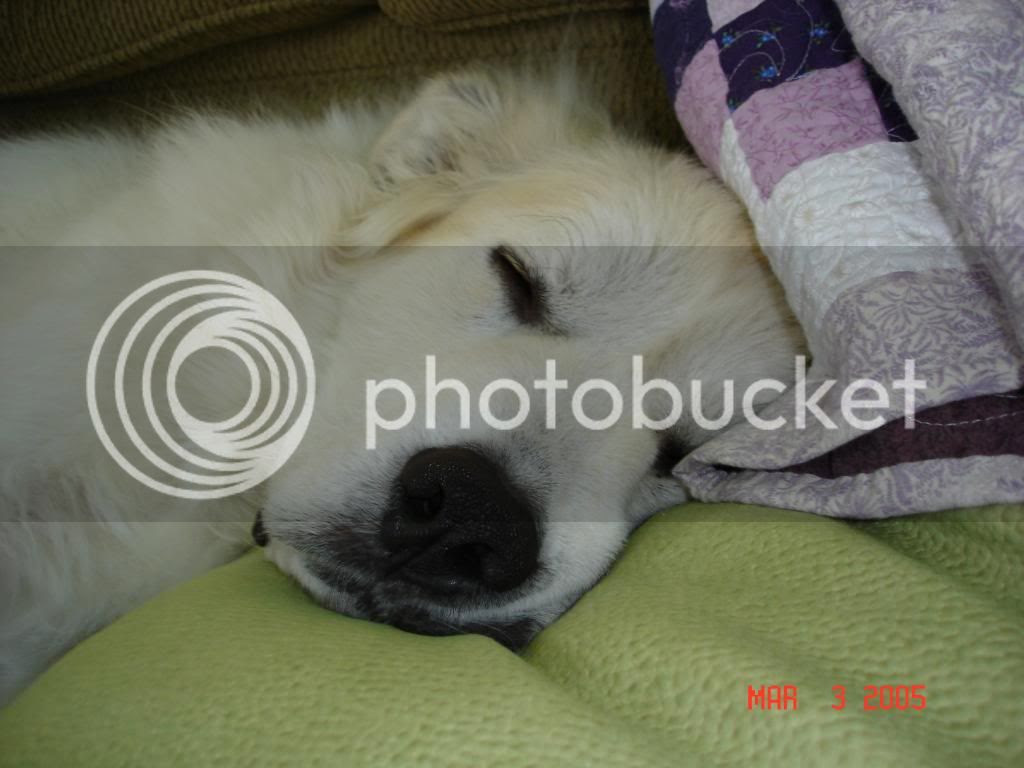 Been busy, which has kept me away from blogland.

Today, however, I wanted to post something in memory of my old pooch, Sampson....who had to leave us this morning. 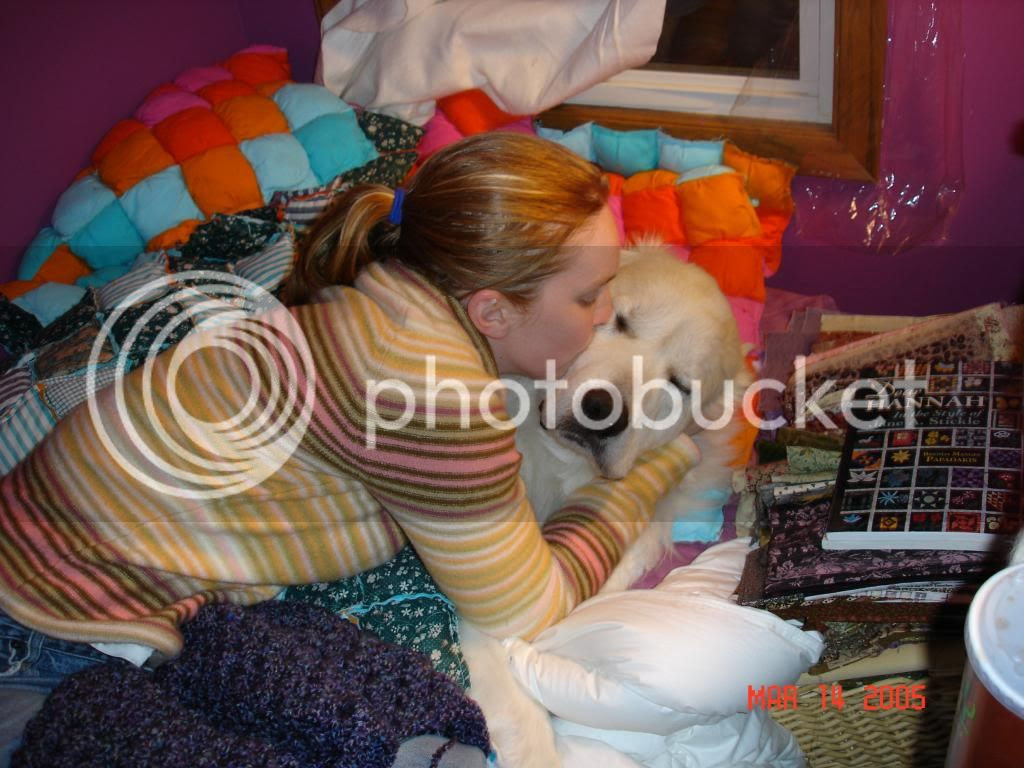 My wife and I got Samp when he was 10 months old from a Great Pyrenees Rescue facility in January of 2003...which was not long after moving into our first house. 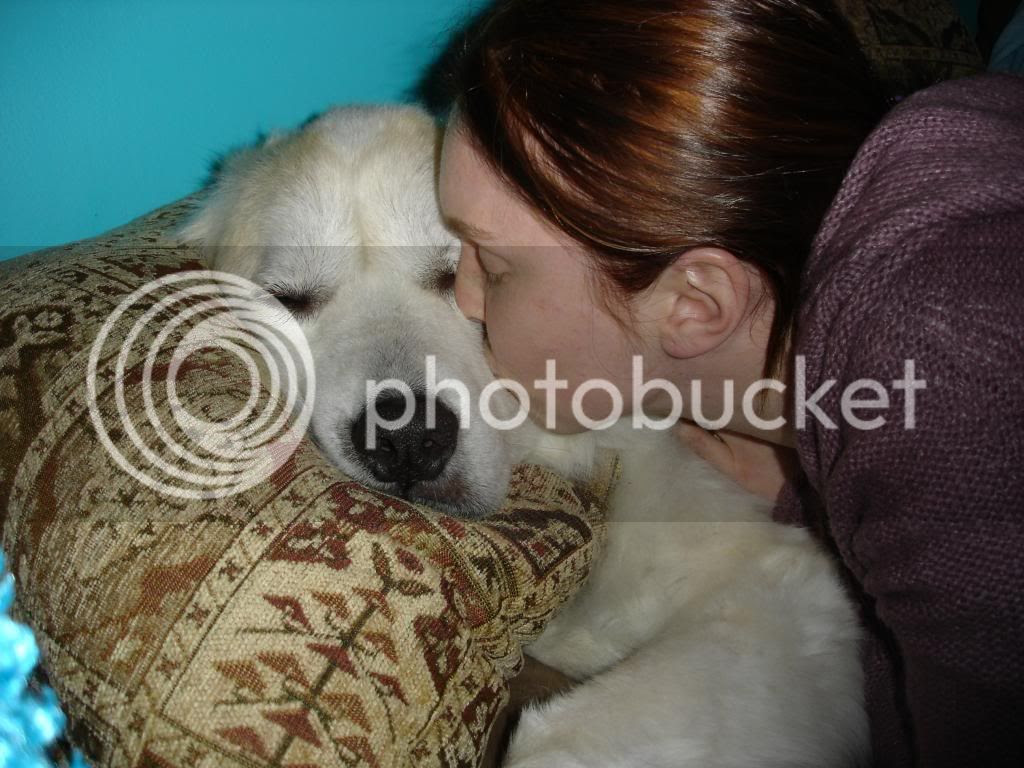 There were many things about Sampson that were not neccessarily ideal.  He wasn't a bad dog, but it would be untruthful of me to gush about how perfect he was.  On the contrary, he barked alot at nothing, he whined and barked during thunderstorms (which meant for alot of long summer nights of sitting up with the dog), he couldn't really be allowed to roam around off-leash (he was prone to wandering into roads and off of our property), he was big enough to easily snatch food from counters and tables (which he did frequently), and he didn't really like other dogs. 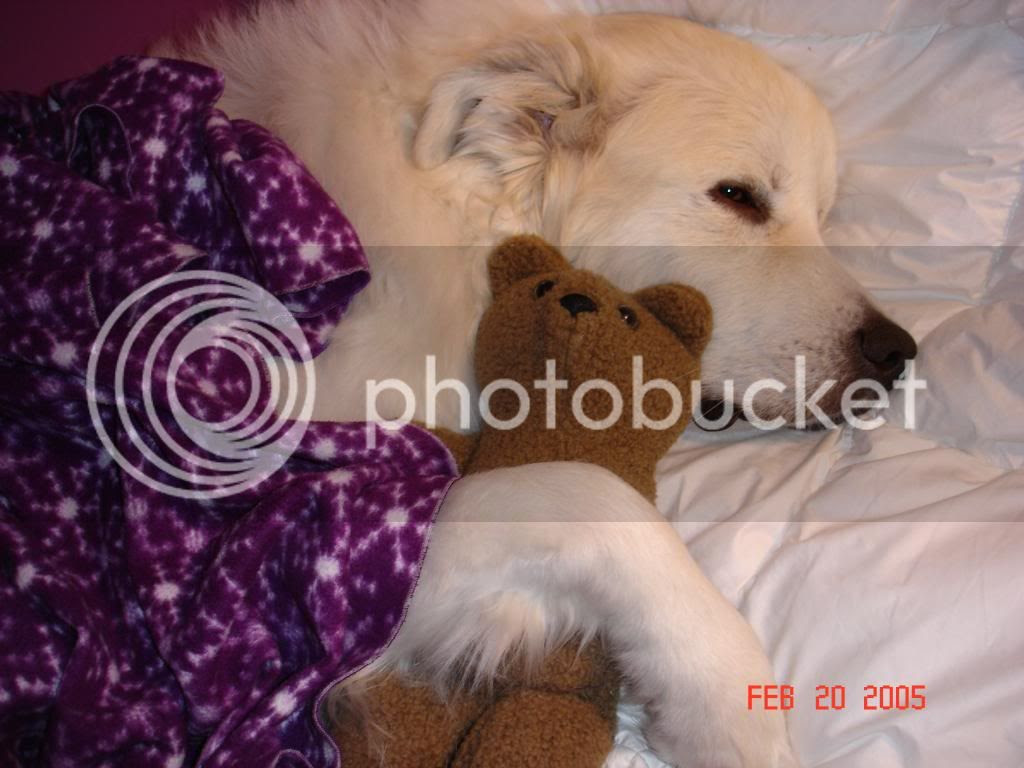 Like many Great Pyrenees, he was also a free spirit and didn't take to commands very well.

I'll never forget one of my early lessons about this:  I had left the back door open while loading things into my car.  I turned to see Samp bolt past me and out towards freedom.  He had no intention of stopping as I yelled his name and ran after him through the yards.

The only thing that saved me was that one of our neighbors had a fence, which forced the big fella to stop.  Like his namesake, Sampson wouldn't not yeild so eaily, however. Once he hit the fence, he did a 180 and barrelled straight at me.  He was a large breed dog...and although alittle on the small side for his kind....he still weighed about 100 lbs.  It didn't take long for me to realize he wasn't going to bother running around me.  He wasn't very agile.  Instead he was going to go right through me.  For the first time since High School football, I broke down into an athletic stance and collided with him like a linebacker to stop him from getting past.  Somehow I managed to grab his leash and hold on.  Of course, all the while, Samp thought we were playing....he jumped around me, hoping to get me to chase him more....while I was just happy that we were both uninjured.

Regardless, I think we both gained a bit of extra respect for eachother after that. For many years Sampson was the closest thing we had to a kid and he was the center of our attention. 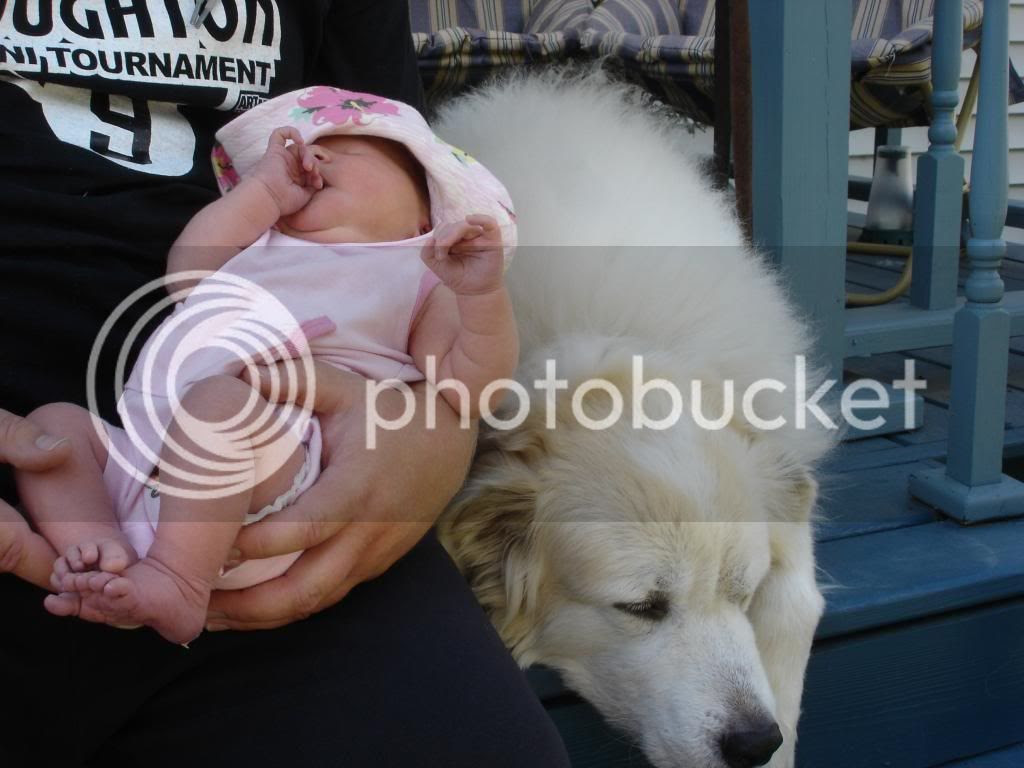 But, once our daughter arrived, things had to change for Samp.  He was no longer the focus of our free-time and, out of neccessity, took second-fiddle to the baby.  But this is where all of Sampson's no-so-great qualities were out-shone by why he was amazing.  Despite us bringing the new member of the family around, he was always loving.  He never held it against us or my daughter that she was born.  He was always calm and put up with her pulling his hair and climbing on him.  He also never seemed sad or needy, even though he always wanted to be with us.  Like many of his breed, most of the time he was just happy to sit and watch things.  He didn't need long walks, which was a blessing when my wife and I were living on no sleep and caring for a newborn.  So long as we fed him and took him outside when WE went outside and gave him some love, he was happy. 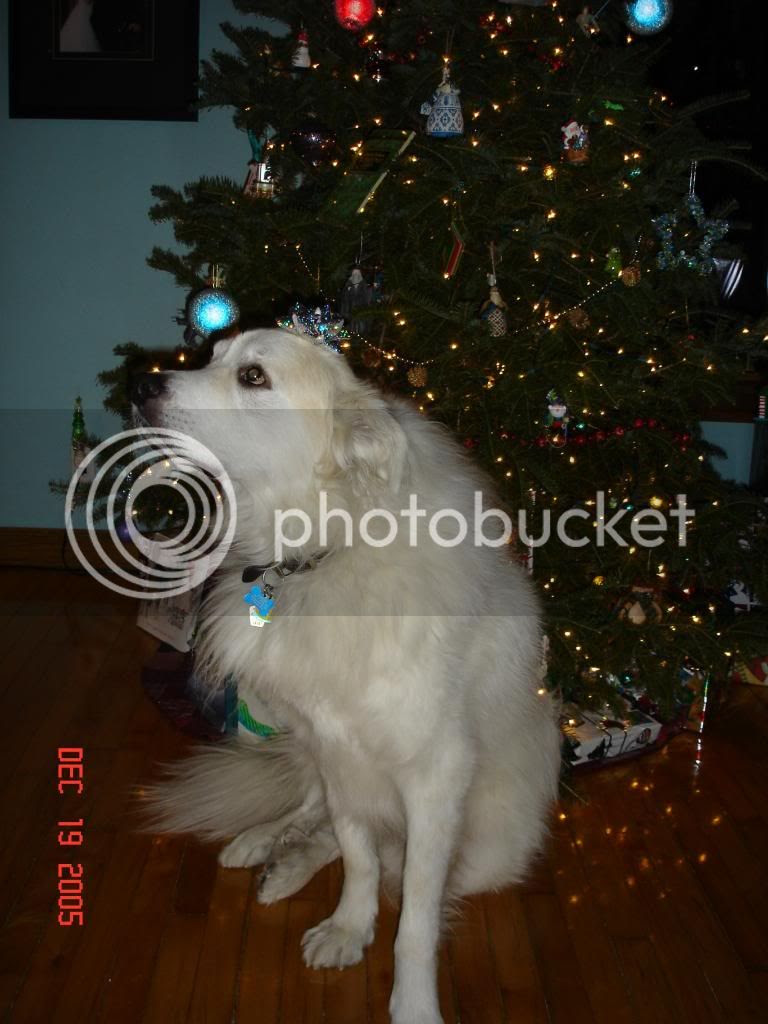 Yet, the lot of most dog owners...especially those whom are bogged down with busy jobs and kids.....is to look back with guilt.  Although he always got the highest quality dog food and we basically never boarded him overnight because he didn't like it (which means we have not went on a trip that wasn't dog-friendly in 12 years), there are things I wish I could do over.  I went through a string of new jobs over the last six years, each of which was more stressfull than the last.  That, coupled with learning to be a parent, meant I frequently got annoyed with the old boy and surely did not always give him the attention he deserved.

I'll probably never fully forgive myself for that, and it's too late to rectify things now. 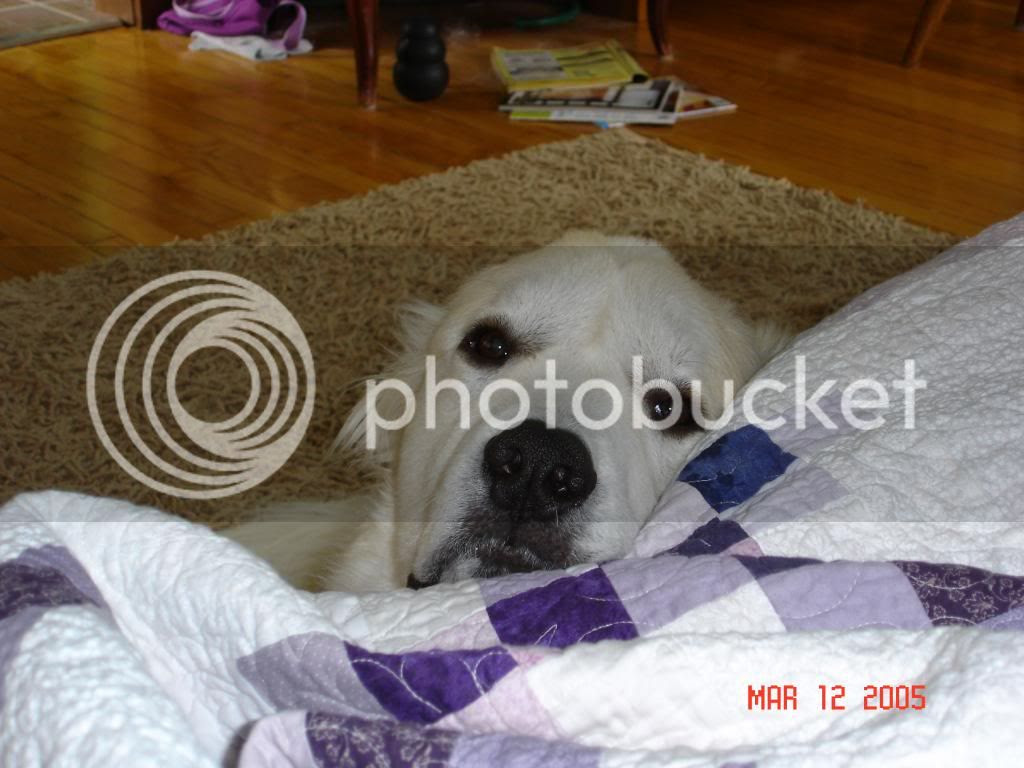 He'd been getting progressively slower and more stiff looking this last year.  Cataracts had set-in, we felt lumps under his skin, and he was having frequent accidents in the house...so his trips out for the bathroom more than doubled.  Yet, he had been holding at about the same state for several months now.  He had been limping and one hind leg was arthritic....but it wasn't any different than normal as of late. 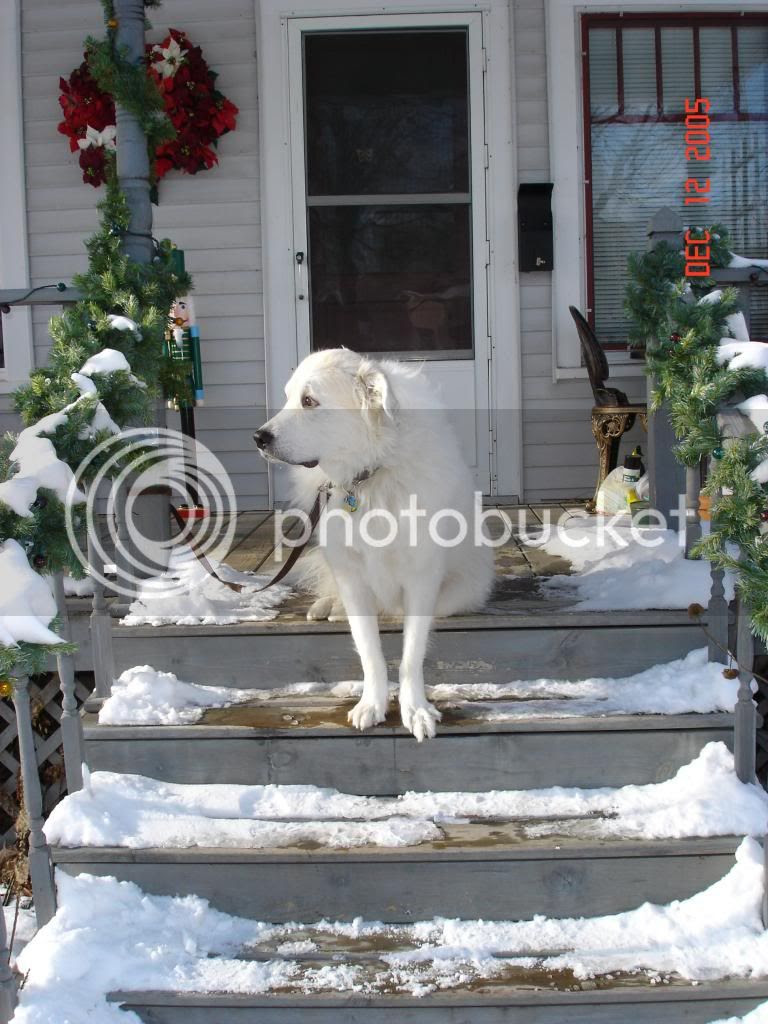 Then, suddenly, Monday night...he started in with a very raspy pant that wouldn't quit.  It got bad enough that I stopped working at the computer to check him out.  I thought maybe he had to go outside, but he refused to get up.  So I managed to coax him up on his front legs and then lifted up his back end (which I was doing alot lately to help him get outside).  As soon as I let go, he flopped back down onto his haunches.  It took both my wife and I to get him out for a bathroom break that night and the next morning.  He also needed us to support his weight to drink from his water bowl and he refused his food.

So, my wife made that terrible call to the vet's office.  He was always truly her dog, and I am amazed at the strength she's had in dealing with his failing health.  Taking him there today was easily the worst thing I have ever had to do in my life.  Although possibly worse was sitting here with him this morning, knowing it was coming.  Knowing that today was the last time I'd wake up and see him laying in the living room, or next to our bed.  Knowing that it was the last time he'd raise his nose to the wind....or sniff at the grass.....or lay at our feet. 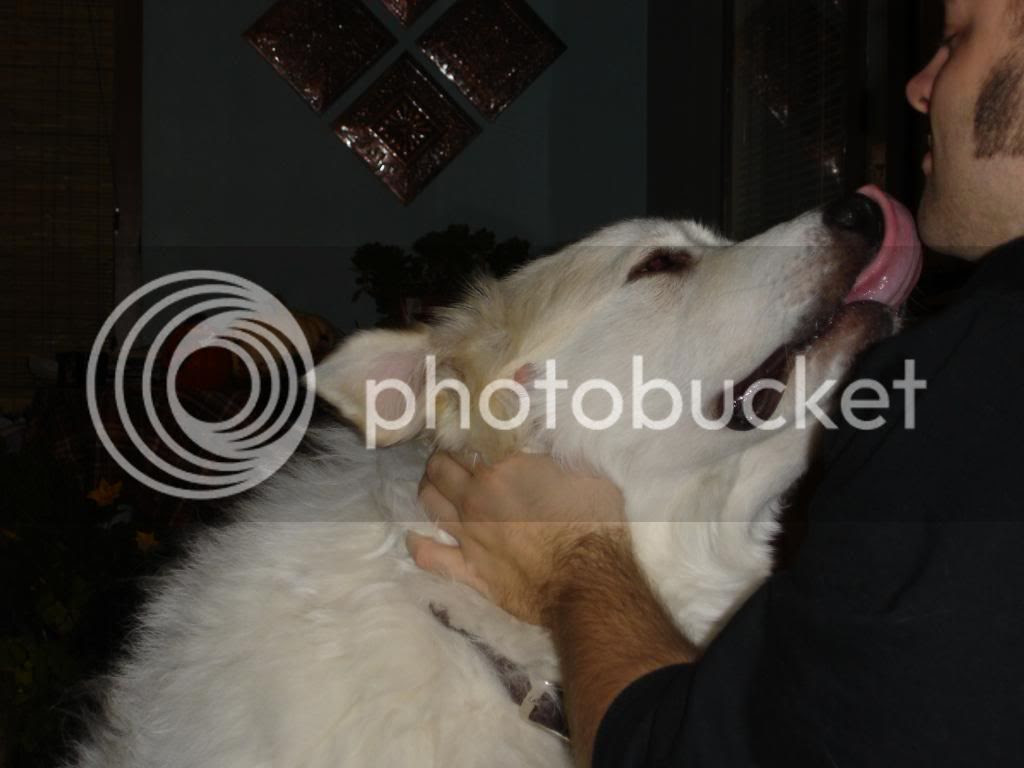 My daughter was at school.  So I carried him out to the back porch and laid him in the shade, while my wife and I sat next to him for a few hours.....just like we used to do before our daughter was born...back when it was only the three of us.  Even though he couldn't stand on his own and mostly slept, he seemed happy.  He'd lift his head occassionally and look up at us....perhaps in disbelief that it was just us three again.  He seemed happy, which made it all the more terrible knowing what we had to do.  I wouldn't wish having to put down a beloved pet on my most fearsome enemy.  If I live a million lifetimes, I hope I never have to do it again. 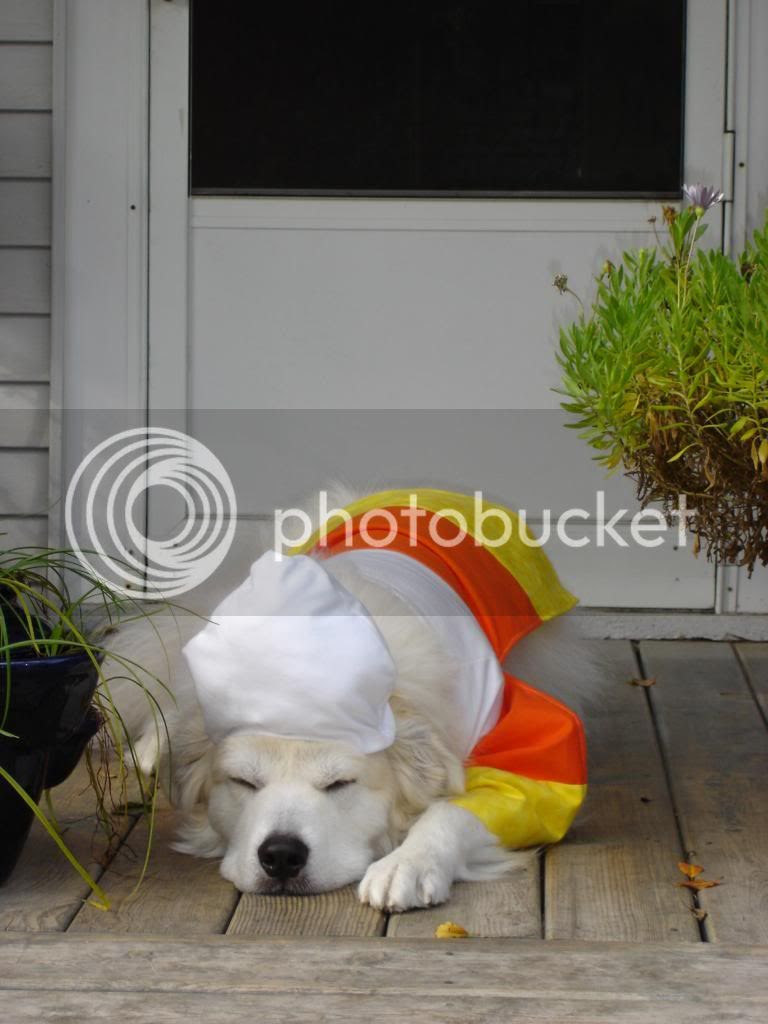 I wish I had made more time for him the last few years.  Work, kids, etc. interfered (although I always let them interfere).  I also wish I hadn't lost my temper with him and snapped at him on the occassions that he ate food off of the table or pulled things out of the trash.

But that is another special thing about Sampson....something I've just learned today.  His passing reminded me that you can't take things back and you have a limited amount of time to do right by the ones you care about.  Don't waste it.  If it were possible for dogs to understand such sophisticated concepts, I think Sampson would be happy to know he taught me one last lesson. 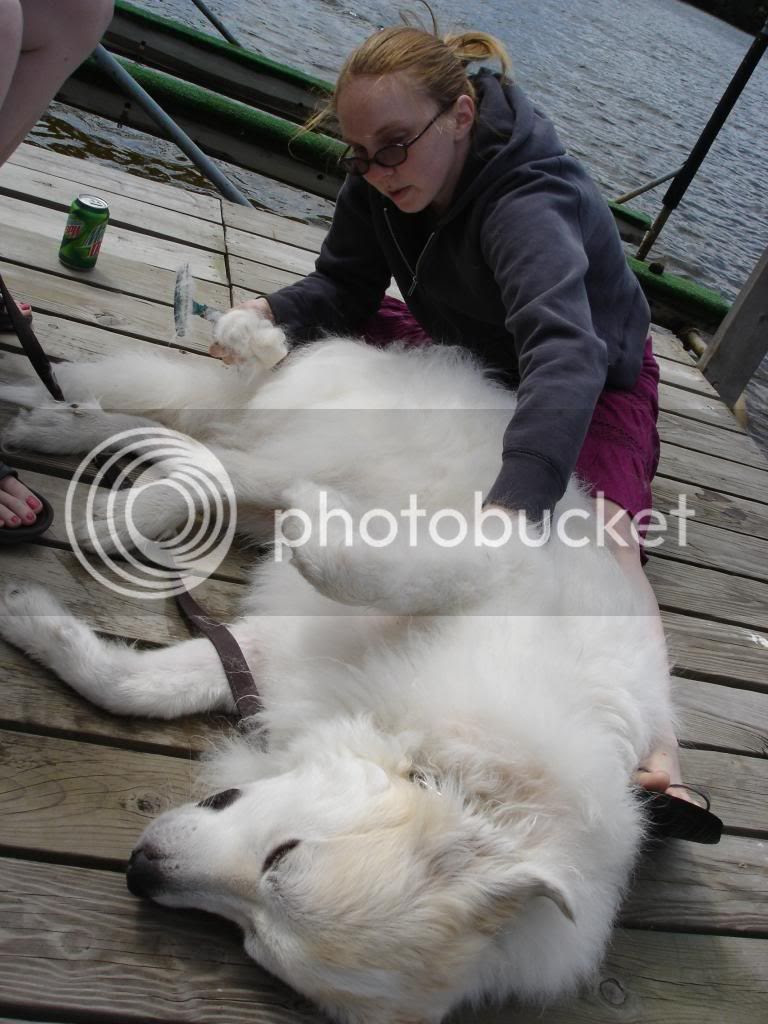 I am, at least, grateful for the times we spent at night and in the morning when I took him out potty.  Just him and I.  Even if only for a minute or two.  I made some great wildlife discoveries during those times.  We heard great-horned owls, saw North Carolina gray foxes, watched a mink run through the snow, and also heard many, many frogs over the years.. Our tiny adventures frequently ended up as blog fodder, from the time we found the "mouse-cicle" to checking snowed-in camera traps in Minnesota.


Good bye, old pal.  Please forgive me for not being there as much as I should have these last years.

PS.  I hope you enjoyed these pictures.  I tried to chose ones from his younger days. when he was most full of life.  It's how I prefer to remember him. 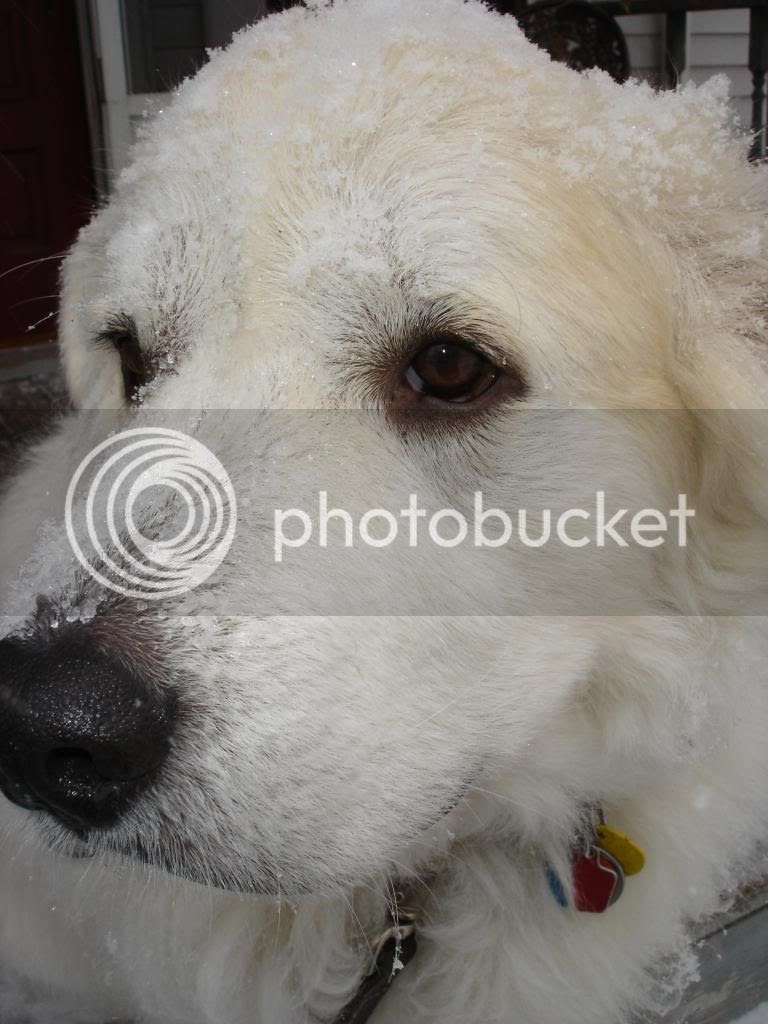 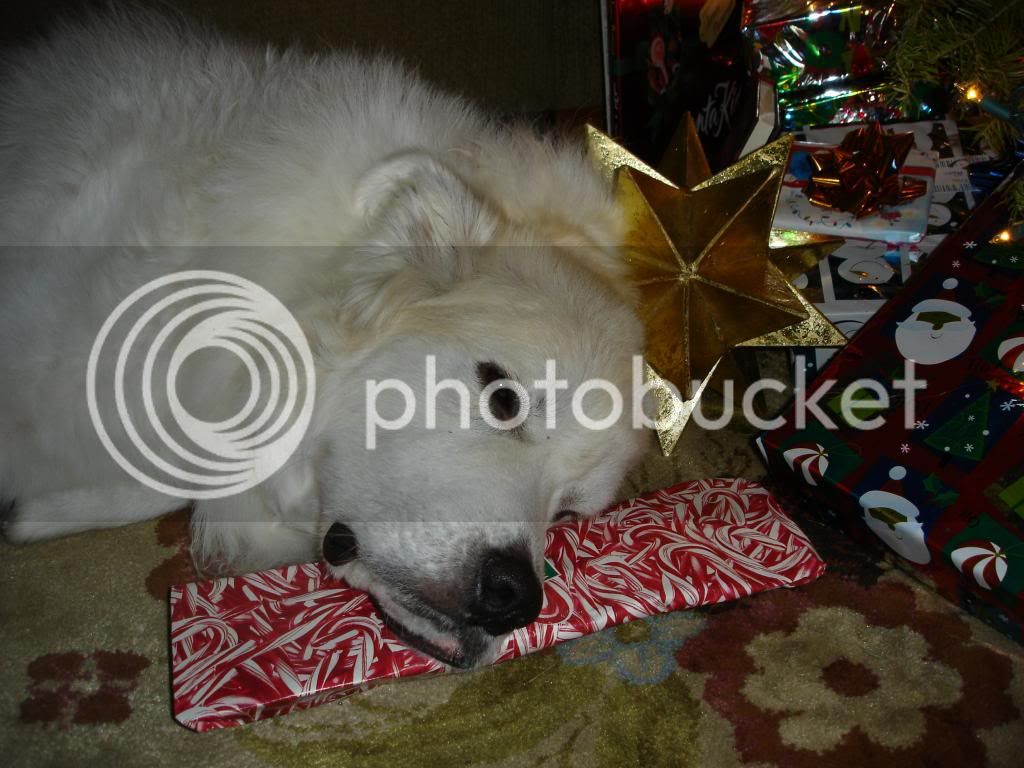 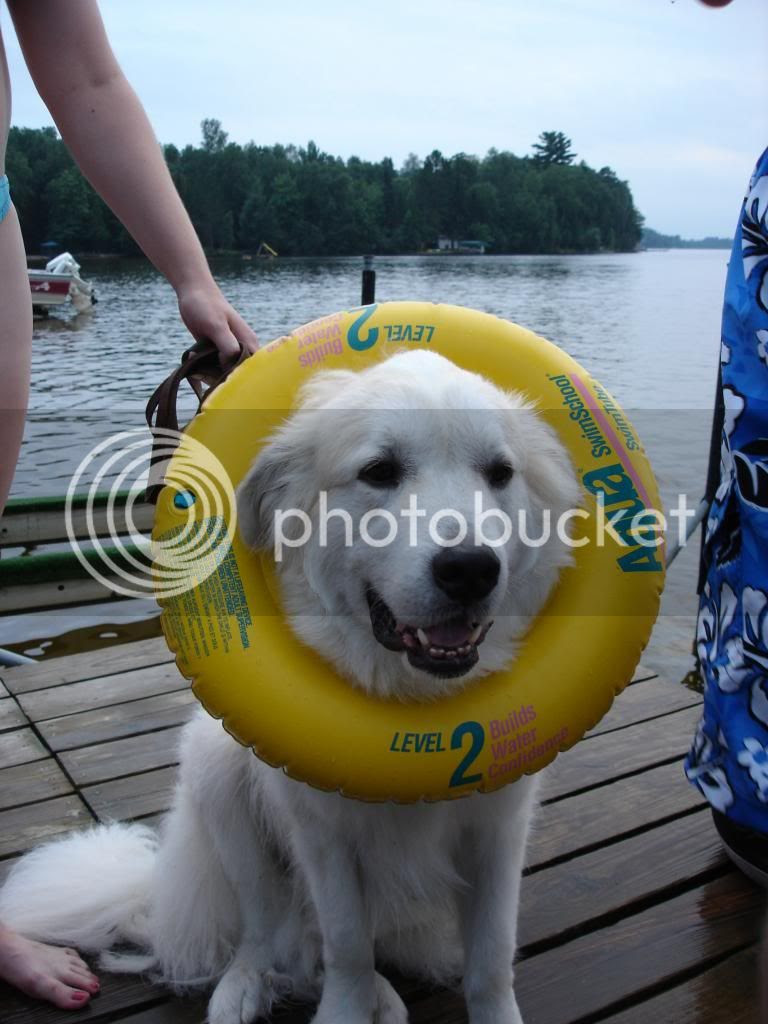 Posted by Trailblazer at 7:28 PM