Below was a lame camera set.  I had such high hopes for it.  It faced a natural "alley way", that seemed like it would be an obvious wildlife funnel.  To the right of the field-of-view in the pictures below is a dense stand of shrubs and pole-sized trees that had grown into a fallen pine.  The pine hadn't died when it fell, perhaps a strong wind took down a semi-healthy tree.  Whatever the reason, the tree continued to grow.  Together the tree and the shrubs created a natural wall.  To the left of the field of view is an old rusty fence line from who-knows-when.   I'd seen deer tracks along the fence row when I mounted the camera.
I thought it would be perfect.  The critters should have come straight down the fence line towards the camera.
But, for some reason, nothing ever really did.
I put the camera out in late February.
From then until late May, all that came by were a few raccoons (Procyon lotor)..... 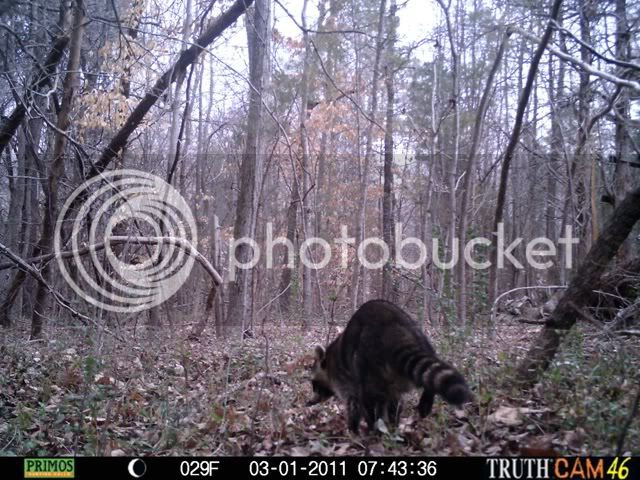 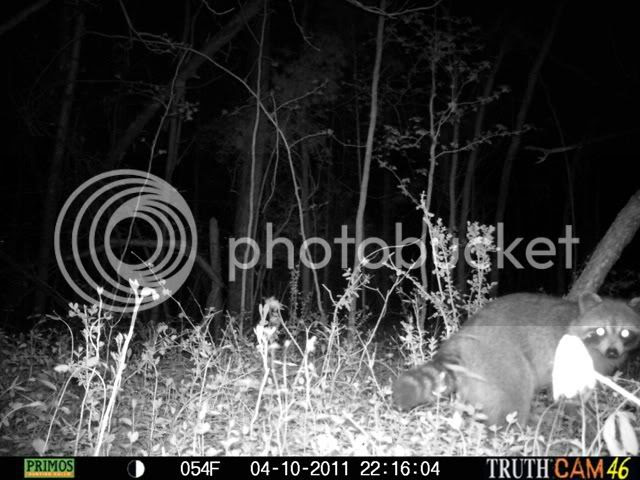 ....and also some White-tailed Deer (Odocoileus virginianus).
Not really alot of them, though.
And, as with the raccoon above, they were all looking directly at the camera. 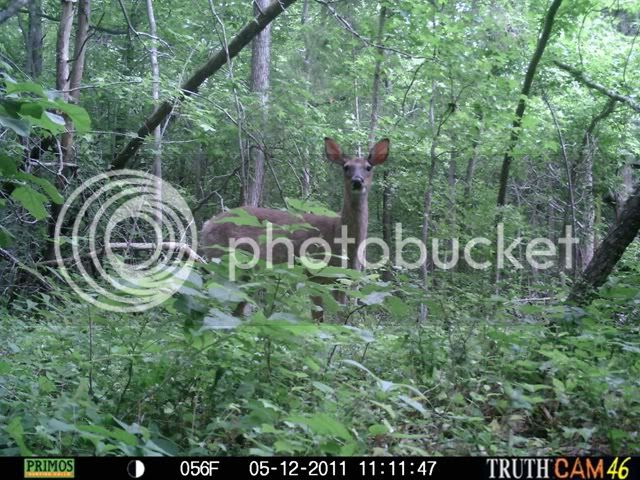 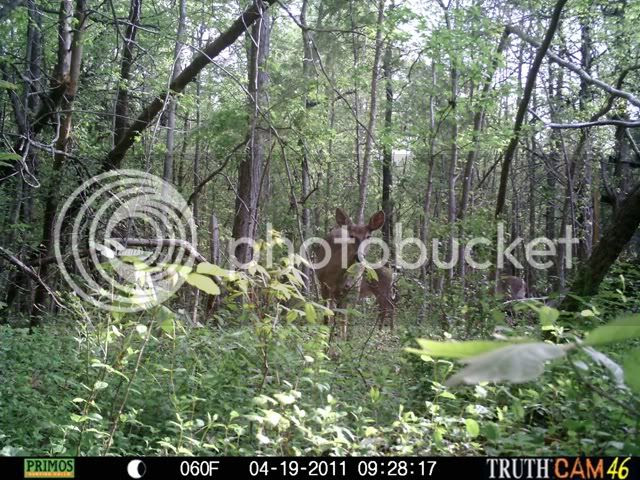 Needless to say, I haven't been massively impressed with the Primos TruthCam46.  The camera with the "clunk", you might say.  Every time it takes a picture (day or night) an IR filter arm shifts into position over the lens, which creates an audible noise....I can hear it from ten feet away on a calm day.  If I can hear it, I'm sure the critters can hear it from even further off.  Almost every picture I get on this camera, the critter is looking right at it.  Even Gray Fox (which I have found don't scare easily) don't seem to come too close to the camera.  This was the third location I'd tried with this camera at this site, and most of the pictures it produces are the same.

It also takes D batteries and chews through them pretty quick....something else I don't care for.

In fairness, I'd like to say that I think the Primos folks have the right idea.  They've obviously put some time and effort into this.  They will likely make some products that will be even higher quality in the future (in fact, it appears they may be on the right track given this review of one of their new models).  For the price, it's not a bad camera, I suppose.  It's got a ton of other nice features for a camera in this price range: moon-phase, temperature, can take up to 5 picture bursts, allows one to selecte either 23 or 46 LEDs to glow for night-time images.  It would be a great camera if it (a) took AAs (so I could use Lithiums), and (b) didn't make that dang clunking noise.

Anyways, I finally got fed up with wasting batteries on this spot.  I wanted to move it a while ago, but just wasn't able to get around to it until late May.

I like the new location.  The camera's positioned on the edge of a woodland, facing a game trail that runs from an old field/grassland into the woods right past the camera.

In the first two weeks, we've already seemed to pick up more activity.

Again...obviously....alittle concerned about the strange noise they were hearing.  In fact, rather than following the trail, most so far have detoured to the right and into the woods. 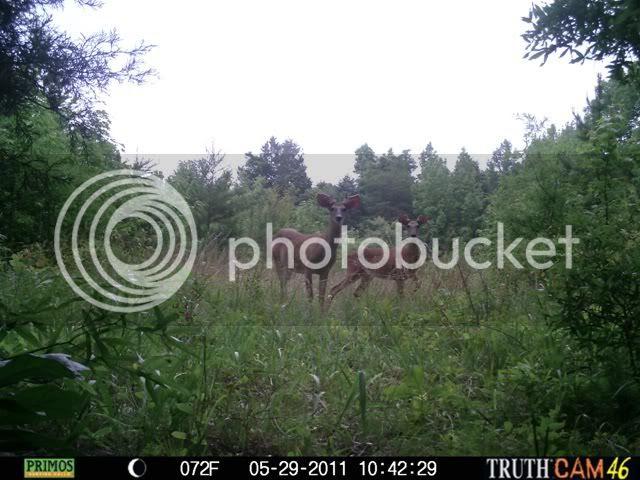 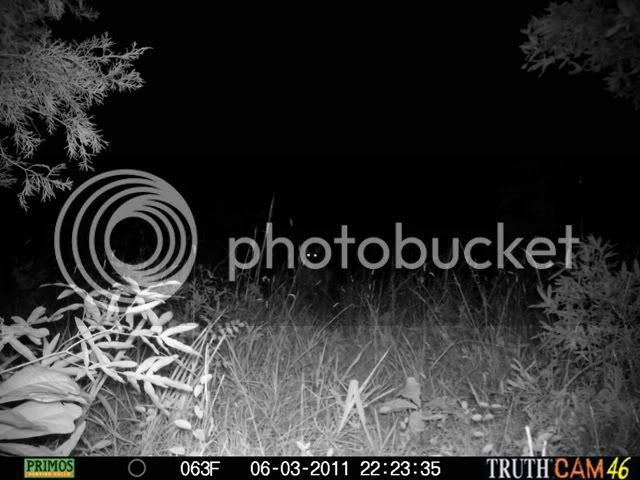 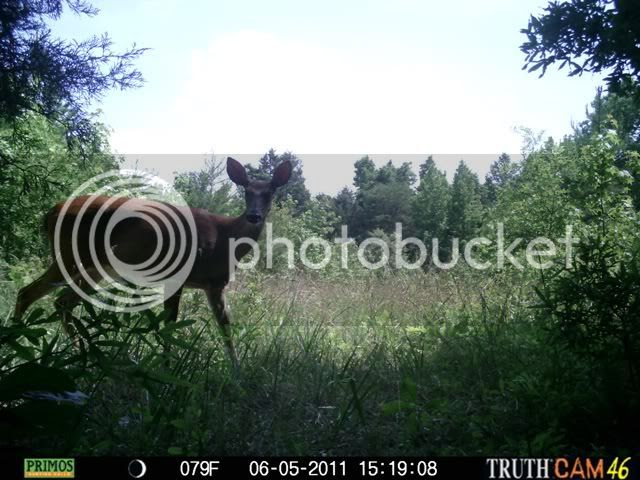