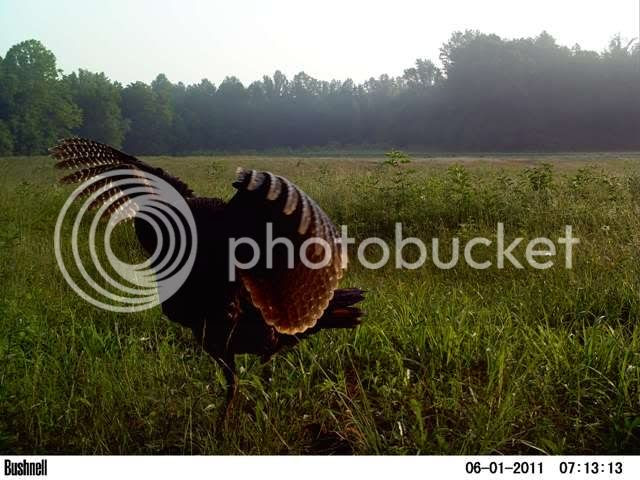 The camera took this picture of a momma Walkin' Bird (Meleagris gallopavo) literally 17 minutes before we came up to it for servicing.  We heard the hen back in the woods chirping an alarm when we arrived, but she wouldn't really leave the area.  We both guessed she had some poults nearby that she didn't want to leave behind (we even thought maybe they were out in the grass somewhere behind us......and we were separating her from them).

You have to look close, but you can see one of the poults near her feet in the pic above (see cropped version below). 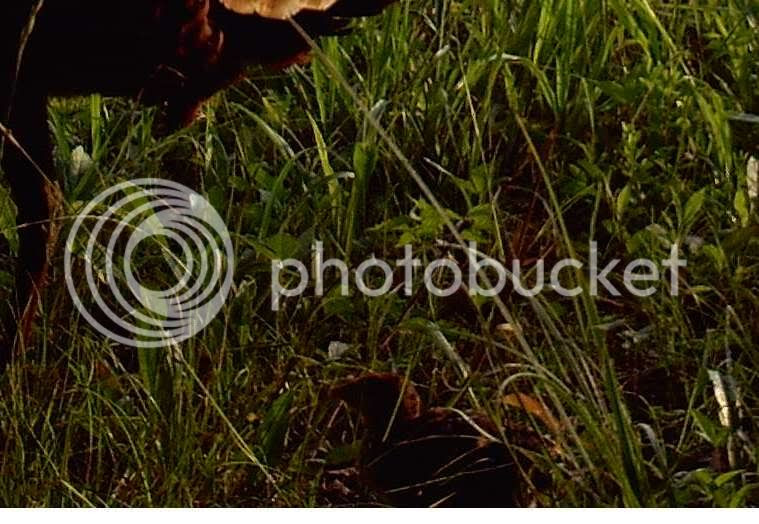 It's that time of year...here are some pics captured by a trap some distance away that is part of a completely different project.  There was a horde of little ones parting the grass around this hen in the series of pictures.  I've circled some of the most obvious ones. 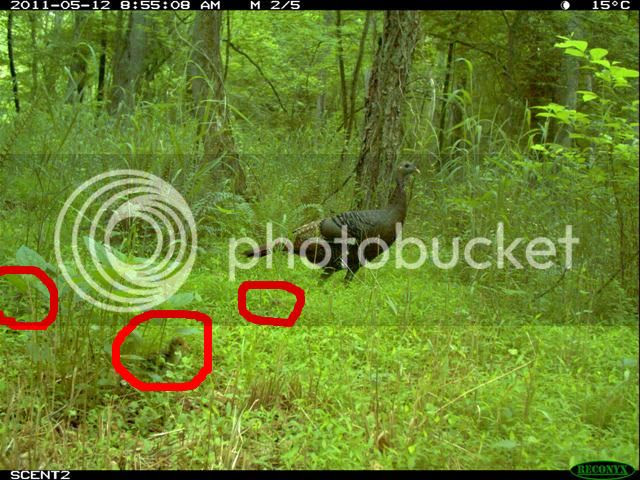 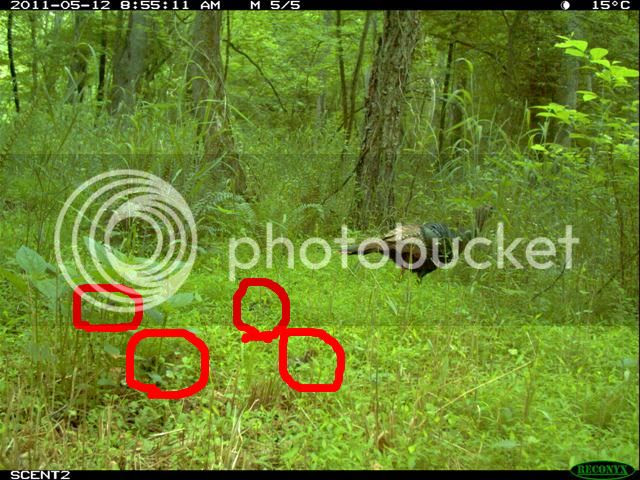 
The Walking Birds had been fairly common on the cameras last summer and fall.  Then, in November they just stopped.

I don't really know where they went, but suddenly in late April they started showing up again after their long hiatus.   The most recent picture being the one at the top, but their return to the camera sets was heralded by the three pictures below. 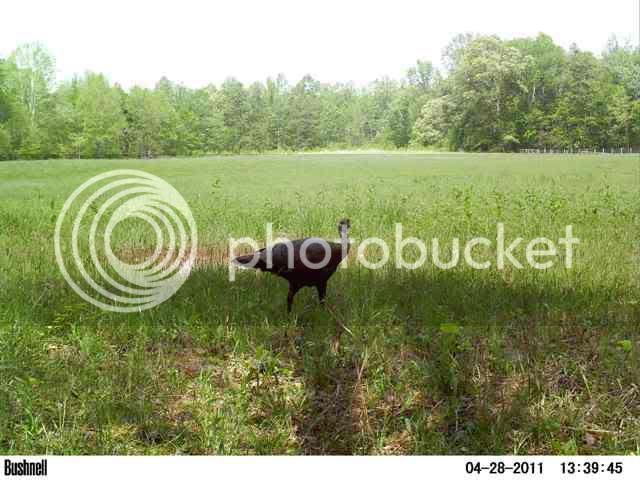 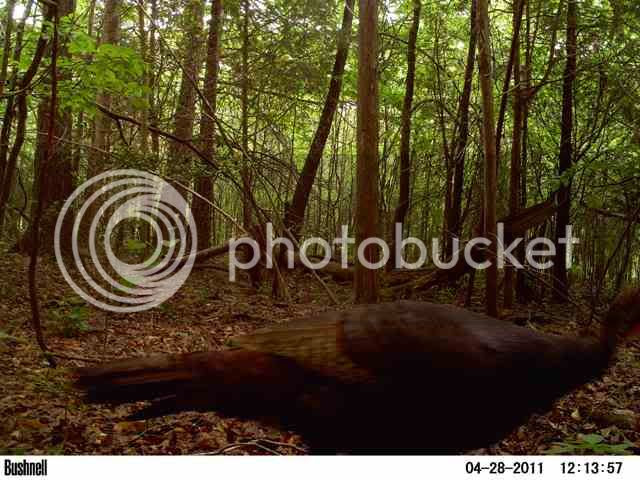 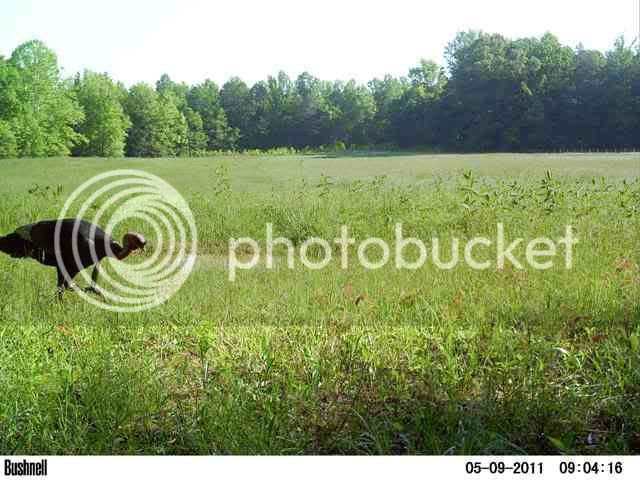 Below are examples of the pictures I got last year...﻿all in late summer/early fall. 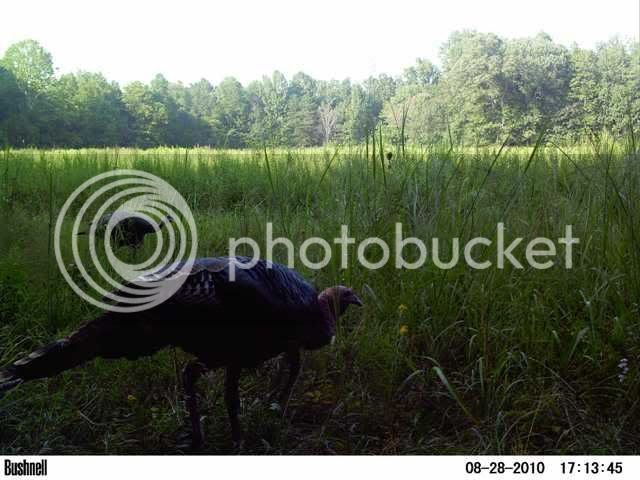 Above: this is obviously the same camera location as the picture of the hen and poult at the top of this post. 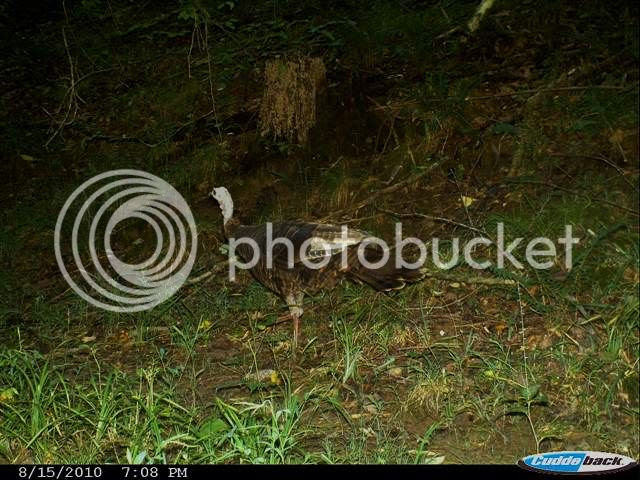 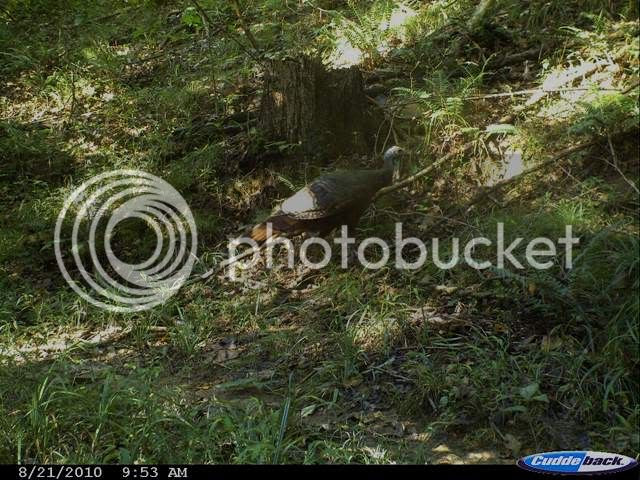 Above: Three pictures from the same general study site as the hen with poult at the top of this post.  Just a different location I trapped for a about two months. 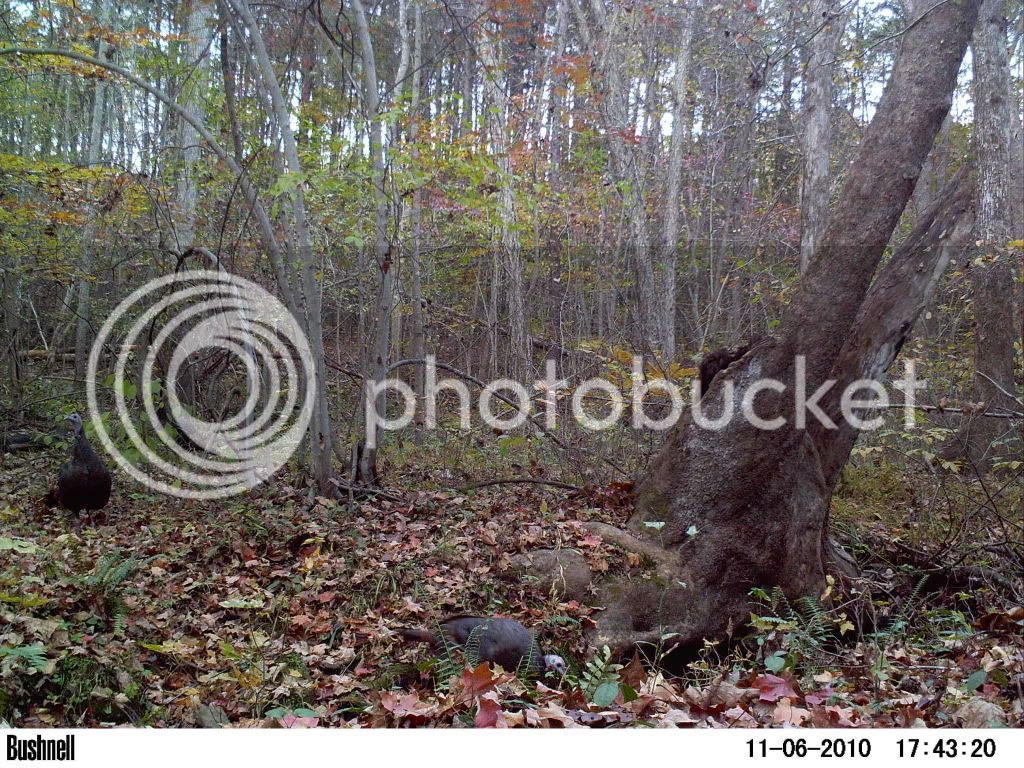 Above: The last picture of Walking Birds that I picked up at any of my sites last year....this was months after most of the pictures occurred (late August, early September).﻿  This camera set was at the same general study site as most of the pictures in this post (just a different location).  I count three of them in there.
The turkeys are pretty common 'round here, so I imagine the pictures of them will keep coming.....
Posted by Trailblazer at 6:13 PM