I can't believe it.

Today, Dave went to check his cams as part of his ongoing camera trap project.

I get a call on my cell phone:

"Doc, bad news.  Someone stole three of our cameras."

"Nope, they pried the security cases open and stole them."

"Sonova bleepity, bleeping, bleep!!  Pull the rest.  This project's over!"

Three RECONYX HC600 cameras.  All of the lithium batteries (36 total).  Three SD cards.  And three security boxes.  All stolen or ruined.  All on private property.  The landowners were all shocked and very unhappy. This is a fairly remote location.  No random foot traffick.  Someone had to have heard about this through the grapevine (maybe the landowners told someone, who told someone, who told the wrong person).  They had to have come out there with a prybar looking for cameras (or they happened upon them and then came out looking for them later).  They only found three....had they found all of them, they'd have stolen all of them.

So, nearly $2,000 gone because a some useless wastes of space couldn't keep their sticky fingers to themselves.

The worst is that Dave's project gets truncated.  He's an undergraduate and has worked his backside off on this project.....searching and writting grants proposals to get money to purchase the cams....writting research proposals to the university......fighting the heat to service the cameras....spending hours organizing the tens of thousands of pictures....  And a coupla backwood yokel idiots do no work, and get all of the spoils.

I just hope that some day these useless idiots get what's coming to them!

Here's what one of the cases looked like afterwards.  Fairly good evidence that they don't hold up well to this type of attack. 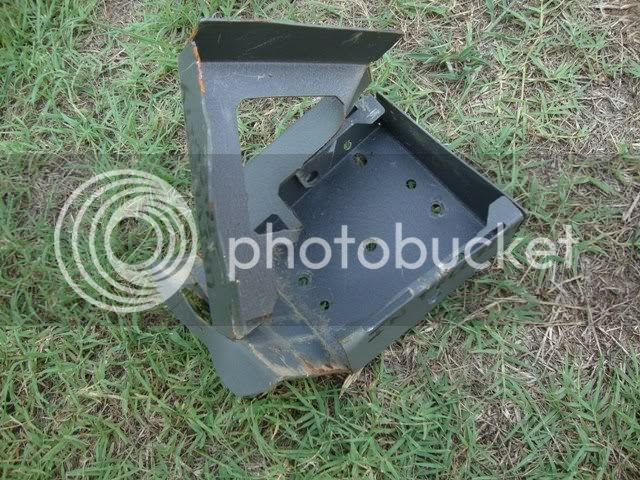 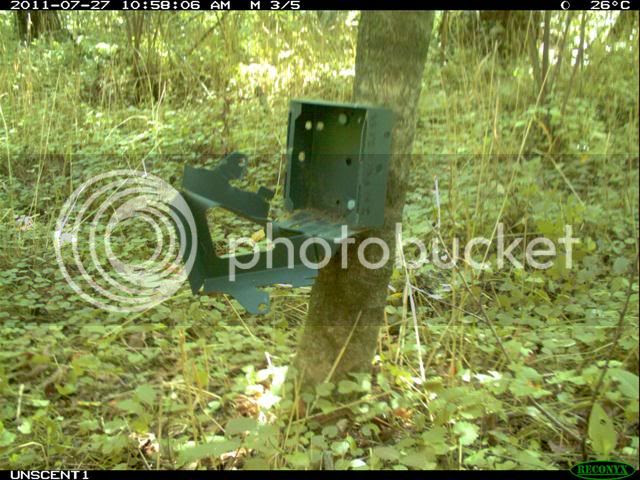 My only consolation is that...maybe they either (1) hurt themselves during the process, (2) were bitten by a copperhead on the way out of the properties or (3) broke the cameras when breaking the boxes.
Posted by Trailblazer at 8:35 PM