I thank all of you who left well-wishes regarding our massive move last week.  Much appreciated.

Things have been crazy.  Moving across country (with a three year old and a 100 lb dog) is no picnic.  Then there's the unpacking, organizing, cleaning of one's new place.

The house we are living in is nothing fancy, but it suits our modest needs.  Yet the back yard butts up against about 20 acres of woodland in a rural setting, with agricultural fields on either side.  To the east is an old farm house and barn.  The owner doesn't live there, and I guess its just a hobby farm for him.  So basically, no neighbors....which is important because I am a massive misanthrope ;)

The bottom line: its semi-secluded, rural, but still close to work.  Perfect.

Anyways, because of all the craziness in our lives....I have barely had time to even set foot in the nearby woodland yet.  However, as we finished up our cleaning and unpacking one day, I snuck out at dusk and put a camera in the woods at a spot where several trails intersect.  There are a few rows of mature pine trees to one side of the main trail, and wild woodland to the other.  I saw some fresh deer scat nearby and although I don't usually target deer with my camera sets, it was indicative of wildlife activity and the best I could do in a pinch.

Two days later, I was pretty happy.  The pics, much like our abode, were nothing fancy....but it gave me hope of good things to come. 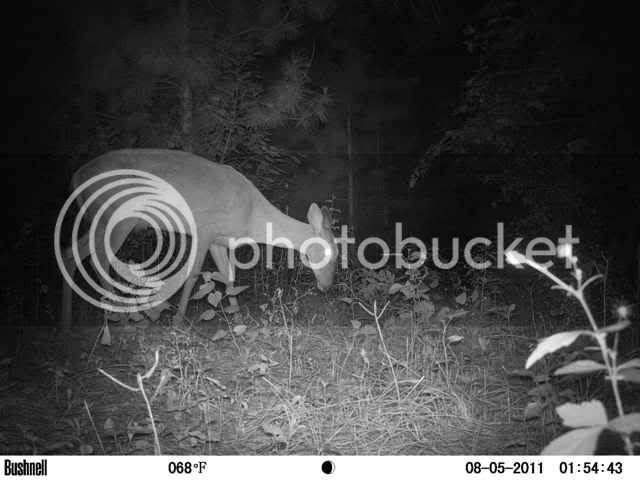 ﻿
Next....a puddy tat.
Also not a shock given the old farm next door.  Who knows how many of these nasty feral little buggers are wandering in the woods out back. 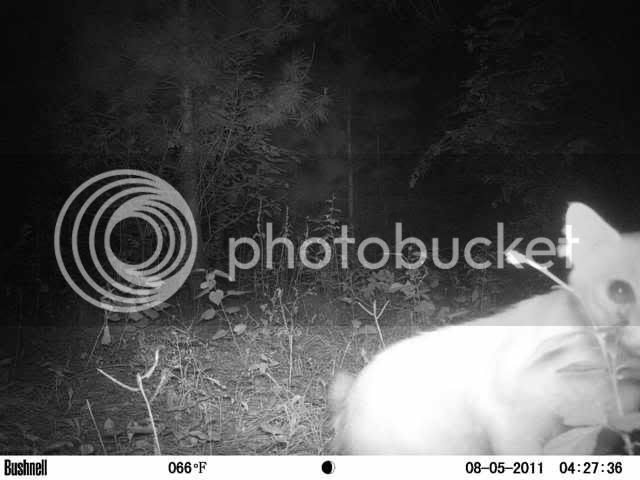 ﻿
Finally...and what I thought was pretty cool...a striped skunk (Mephitis mephitis).  In two years of intense camera trapping at several locations in NC, I only caught one.  They are more common up here, so this isn't a rare find, but it still felt like a personal achievement! 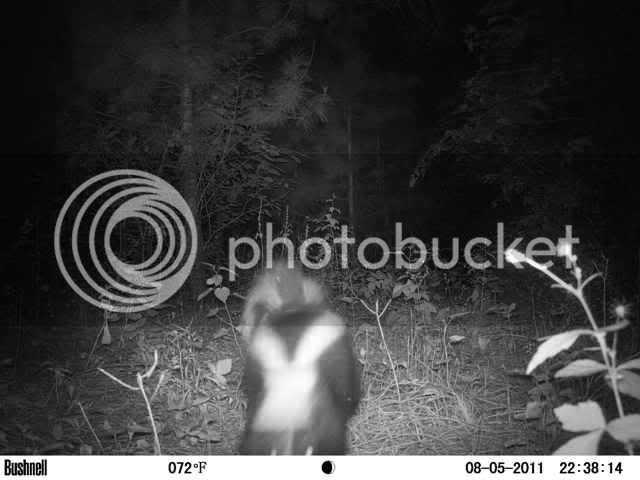 That's all for now.  I noticed alittle eastern chipmunk with full cheeks trying to cache food under our deck a few days back.  Tried to get some pics of him, but without success so far.
More in the future....but who knows when I'll get to it!
Posted by Trailblazer at 7:37 PM