Phenology 2013: Skunks about and students in "lab"

During the week February 20th, we saw evidence of active Striped Skunks (Mephitis mephitis) for the first time since December.

For example, while out and about with my advanced ecology students, I found some nice tracks. 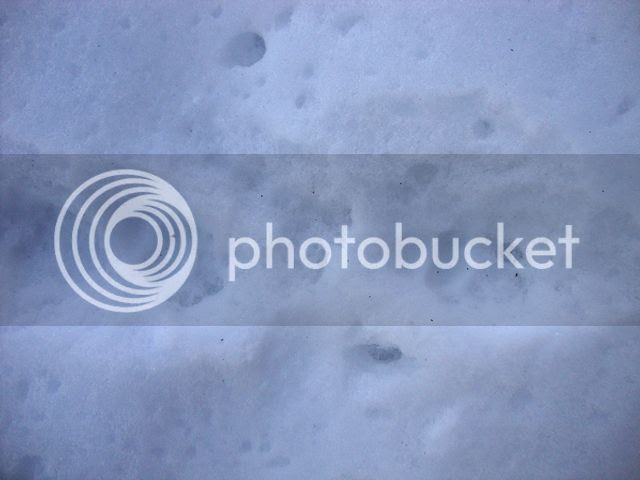 These are some of the better skunk tracks I've come across.  As Halfpenny and Biesiot (1988)mention, skunks have a plantigrade print.  In other words, as they walk, their flat foot (heel and all) comes entirely into contact with the ground.  Contrast this with the digitigrade tracks of canines, whom basically walk on their toes (or digits....see the fox prints below and elsewhere on this blog).  Skunk tracks can be fairly easy to identify, if you get a good print, due to the chunky-looking pads on the heel and ball of the foot (which are clearly separated from eachother).  Yet, Halfpenny and Biesiot also also state that skunk tracks are often "indistinct due to the sloppy walking and long hairs on the feet".

So, I felt fortunate to find such nice prints. 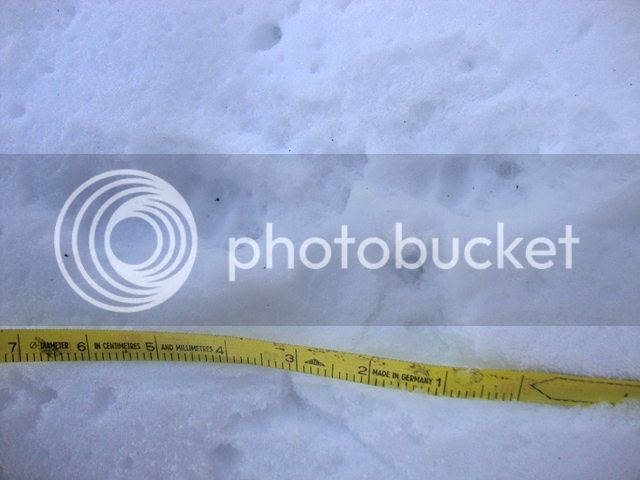 The last good evidence of active skunks on-site was a brief glimpse during our first snow-storm of the winter (seen below investingating an old burrow) back in late December. 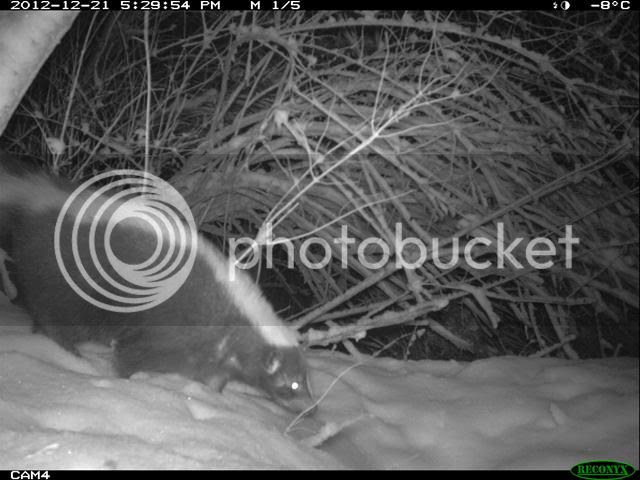 Prior to that, it was early December.  This was an also during an uncharacteristically warm beginning to the winter. 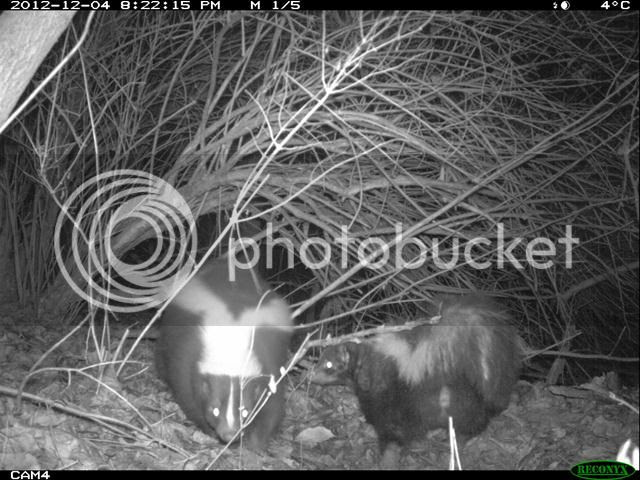 But...now they are on the prowl again.  February can be an important breeding period for them 'round here.  Interestingly, it is also the same time (within a couple of days) that I first got pics of them active in 2012 at this site (see here). 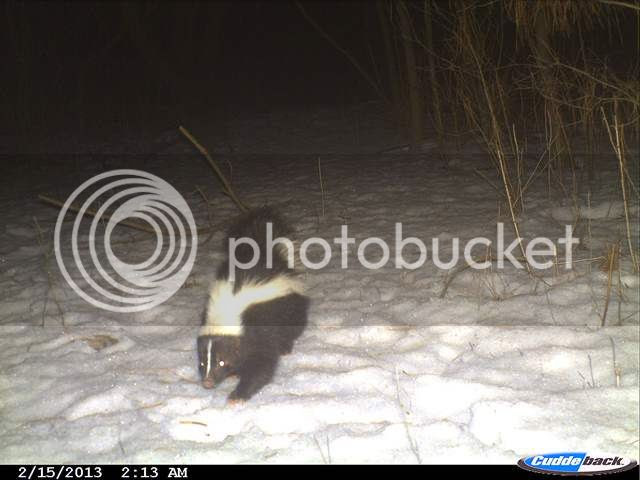 The students were also setting up some scent stations last week during "lab" (outdoor lab, that is....indoor labs give me a case of the BORINGS! :)  ).  This is similar to the experiment we set up last year.

A good indication that you've found a decent spot is the presence of scat....tracks....or a urine mark.  So, how about all three?! 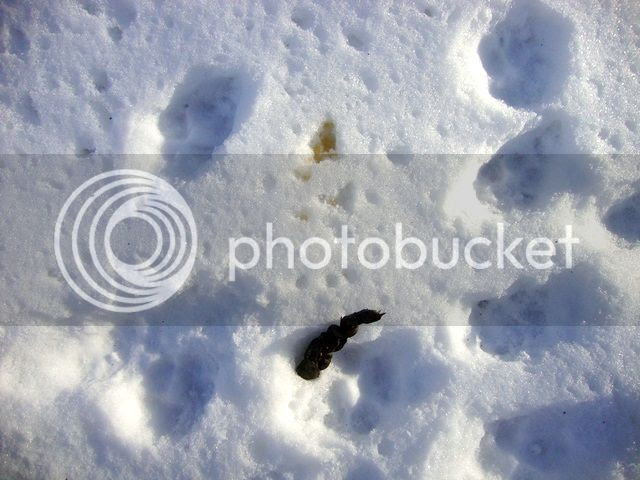 I'd say that if a Red Fox (Vulpes vulpes) decides to leave that much sign around, it's a good spot for a camera set and scent station.  An interesting thing to note: look at how small that urine spot is?  Probably not alot of urine deposited when marking that location.  Do you y'all think that might give a good indication of how much scent one should put down to attract fox?

This year, unlike last year, frozen ground was a force to be reckoned with. 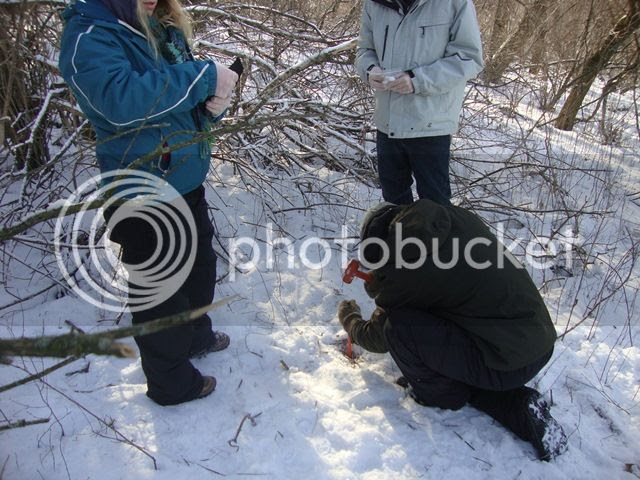 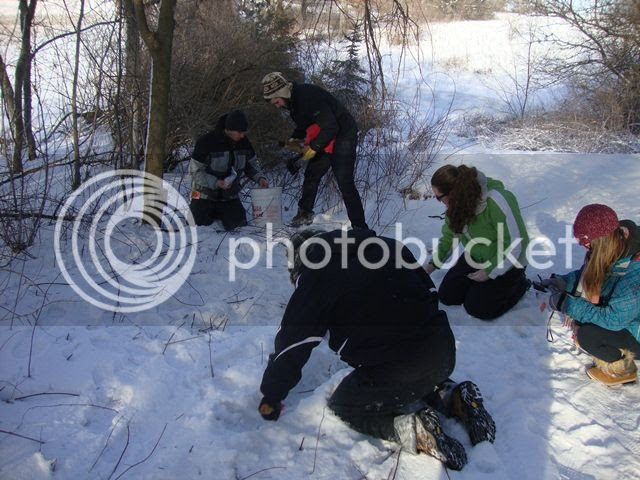