Things have been pretty busy lately.  End of the semester, field work starting, and so on.  I've got alot to share with you from the last several weeks....but first: something so cute it will make your eyes pop out.

On Thursday, I checked some cameras that students put out at the end of the semester.  They had found a possible Red Fox (Vulpes vulpes) den nearby and decided it was a good place to hang the camera.

They were right on the ID for the den inhabitants.

Just about 6 days ago (after several weeks with the camera in-place), this little one showed up..... 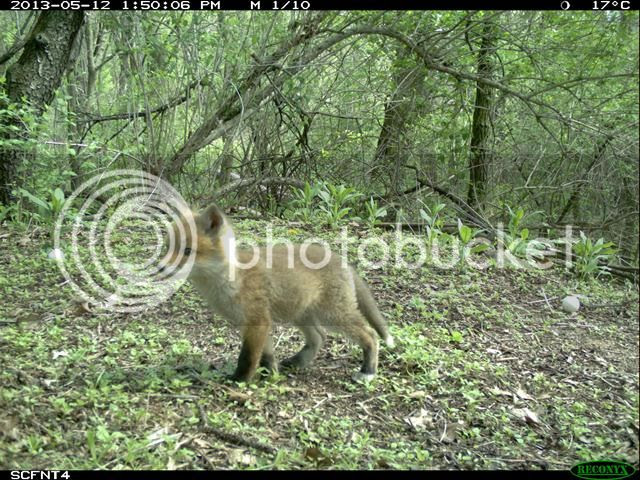 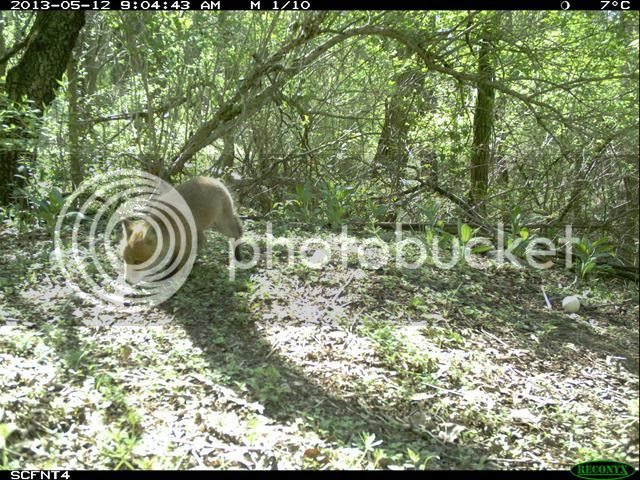 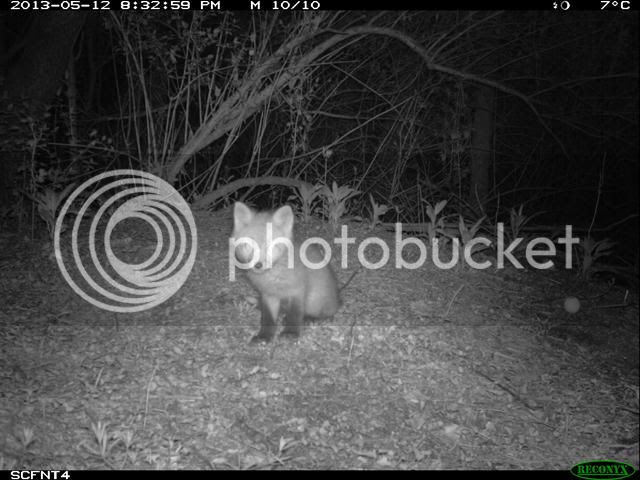 This pup showed about at about the right time, based on the breeding phenology of this species in the state. 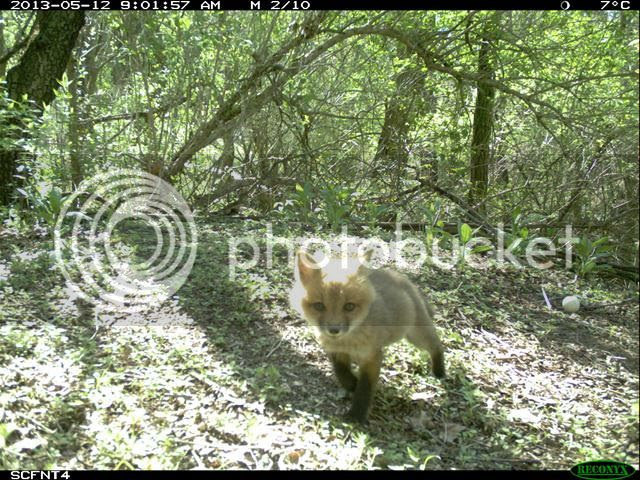 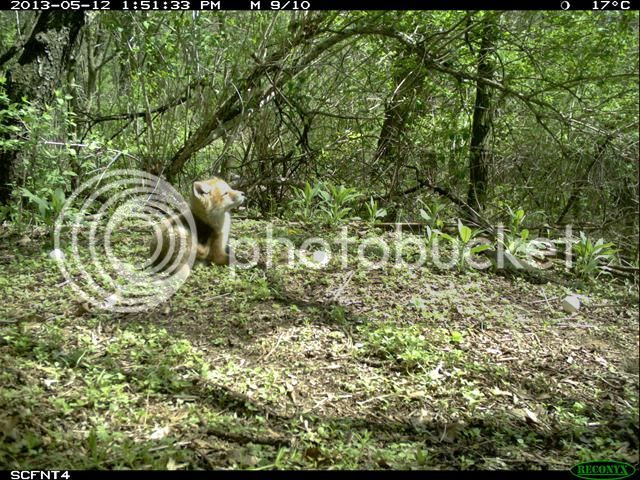 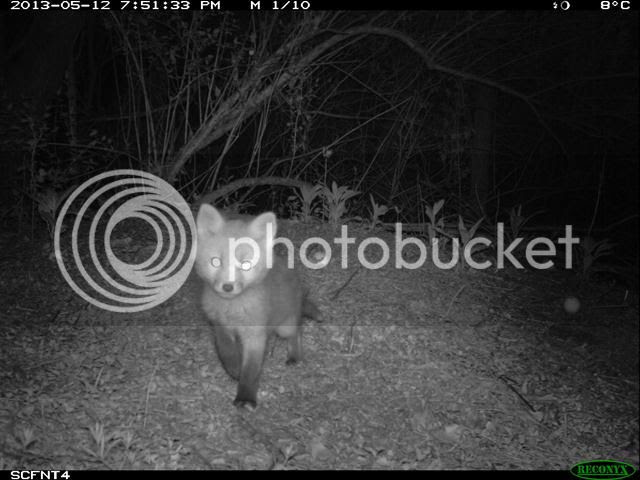 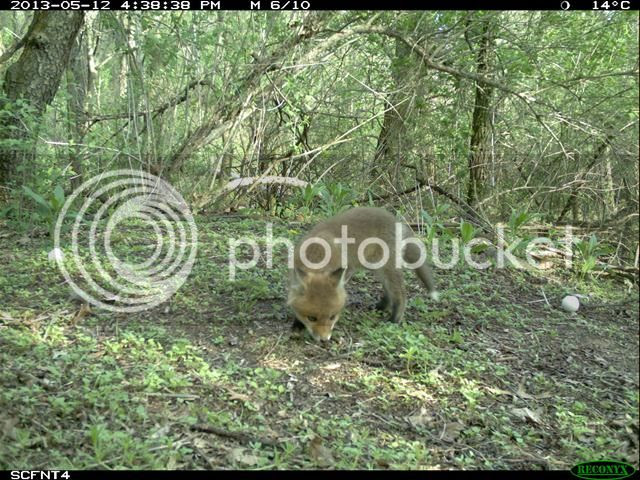 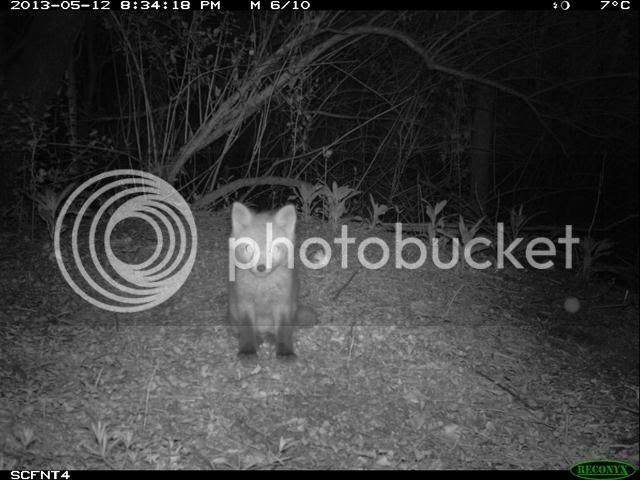 The adults typically pair-up for breeding as early as December.  The main part of the breeding season is January/February.....with parturition occuring sometime in March/April.

In fact, back in February, a colleague of mine snapped these pictures (not far from where the pup above is located).  These show a pair of Reds hanging around a wood pile.  He informed me that closer inspection around the woodpile revealed they were working on cleaning out a nearby den (likely in preparation for the coming babies).... 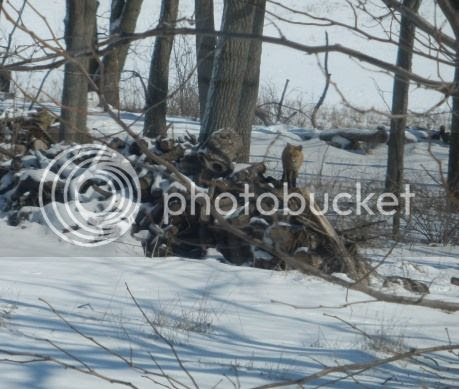 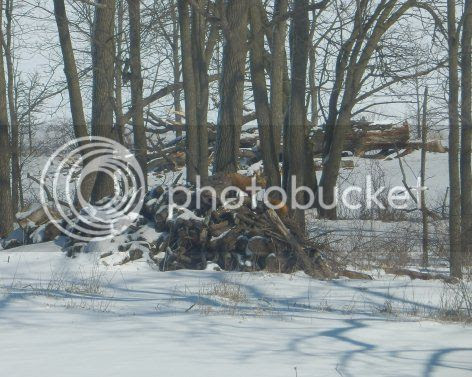