A Year-Old Tale of Romance (and how my students uncovered the continuing story....)

Happened across these pictures recently and can't believe I didn't post them before...

Last January, I happened to get pictures of two twitter-painted Red Fox (Vulpes vulpes)...they were together smack-dab in the middle of the fox breeding season 'round here (which is usually January/February). 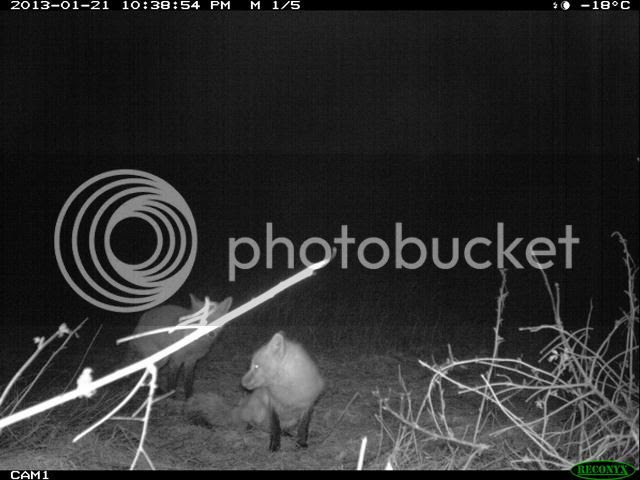 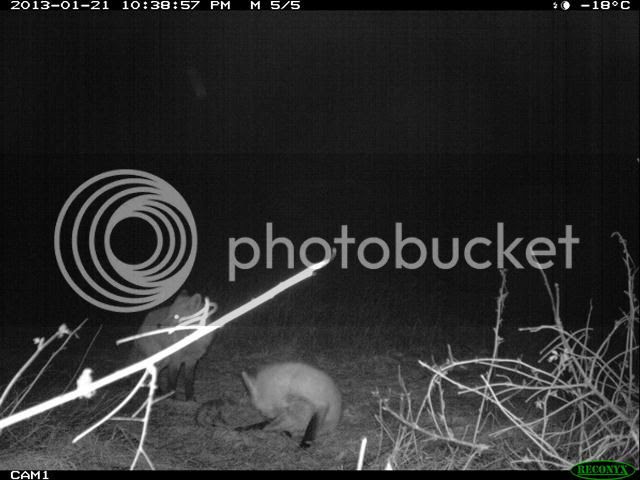 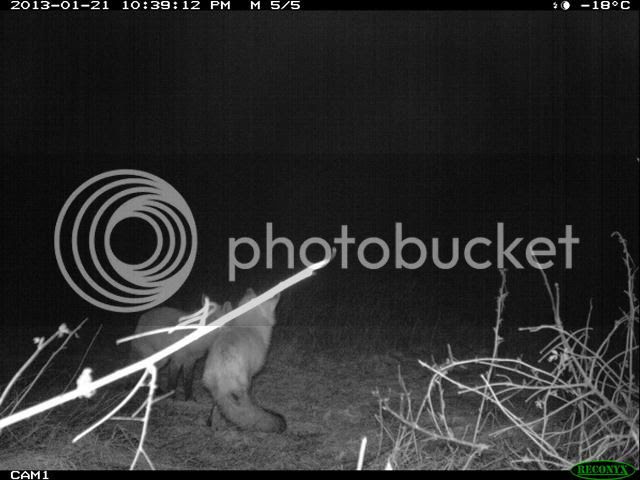 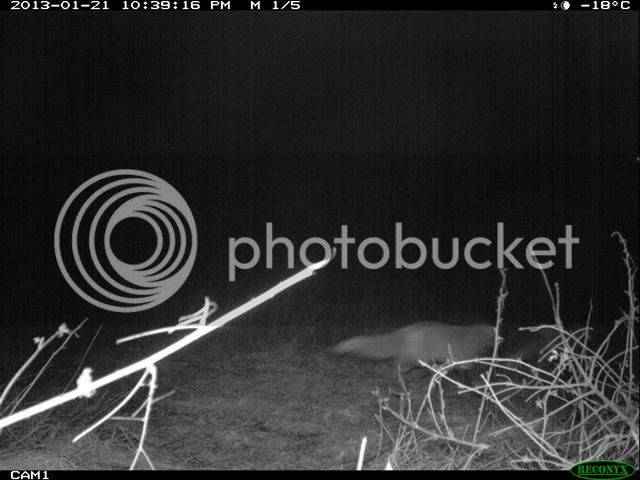 I'm willing to bet that this is the pair whom are responsible for the pup we caught pictures of on the same site several months later (see here)....

So...the ATV activity this summer really cut down on the number of fox pictures we got on the cameras for awhile.

But....much like with the Coyotes....that has changed this winter.  However, I wasn't sure if we would see any kind of breeding activity or evidence this year.  I thought that if the ATVs scared them off this summer, they might not consider it safe enough for breeding again.

Which leads us to my Advanced Ecology class this year (which is a class I've posted about during past years...see examples here and here). 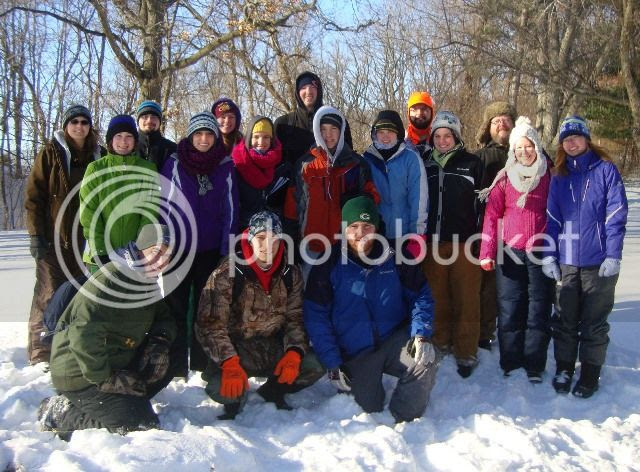 Two weeks ago, the students deployed their camera traps for a semester of monitoring. 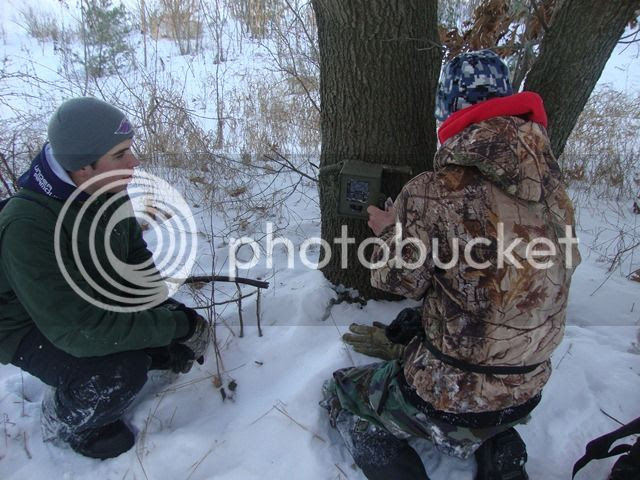 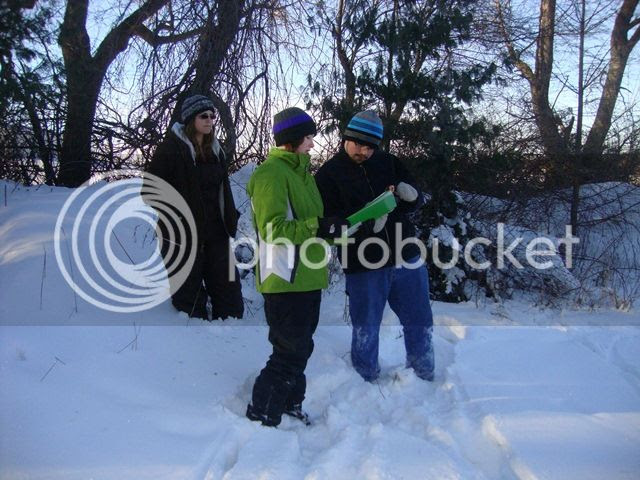 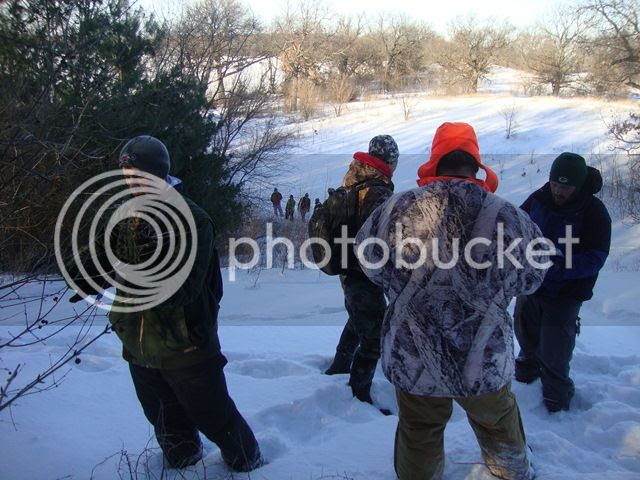 This gave them a chance to get a good feel for the property we are working on, and make some important observations.

Now, zoom forward to this week.  We gathered on-site to begin our weekly exercise, while also checking camera traps, etc. 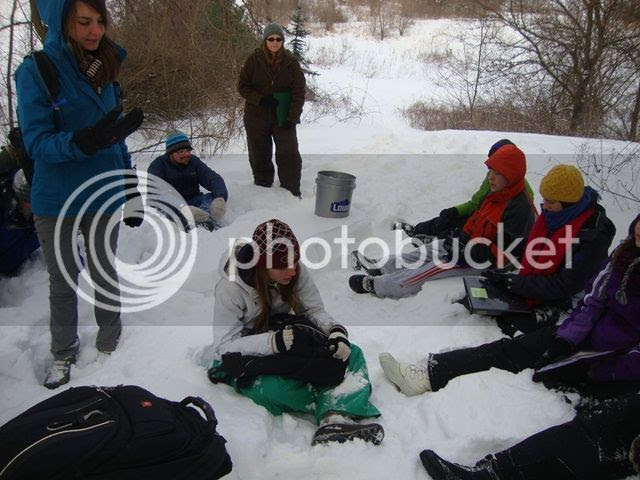 Not long after we got started, one of the students called me over to their camera trap location to show me a burrow he had found.  In the picture below, the student is standing about where the entrance to the burrow is located. 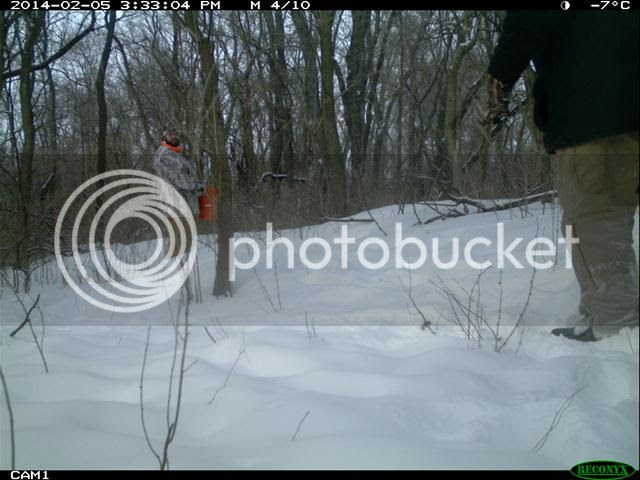 He's pretty critter-savvy (experienced hunter and trapper).  We agreed it was in the size range for Red Fox.... 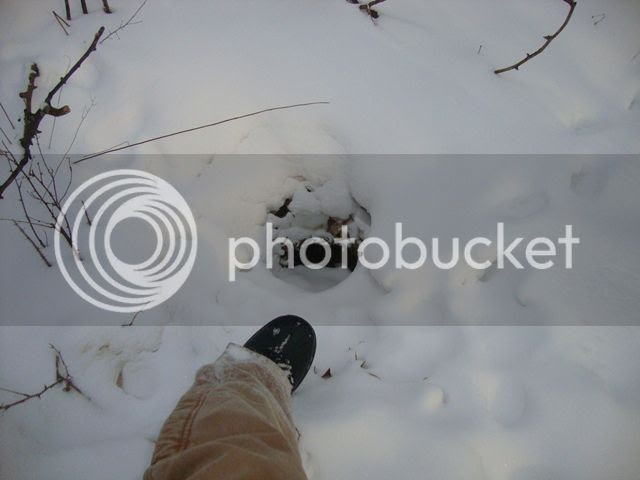 There were clearly tracks heading to the entrance and it appeared to be active.  But we had snow the night before, so it was hard to tell (a) what species left the tracks and (b) how recently the burrow was used. 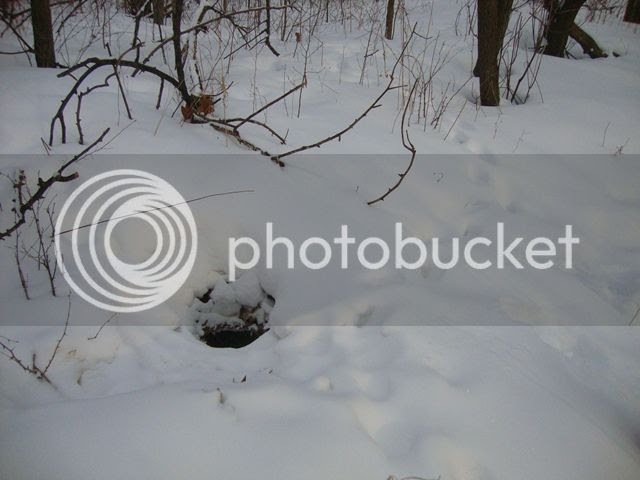 Could it be a pair of Reds is making a nice little love nest in which to rear their pups again this year?

The nearby camera trap the students put up gave us reason to be hopeful.

Here is our first glimpse of a fox leaving the den.  Not a great picture, unfortunately, but you can tell its coming out of just about parallel to where the student is in the picture above. 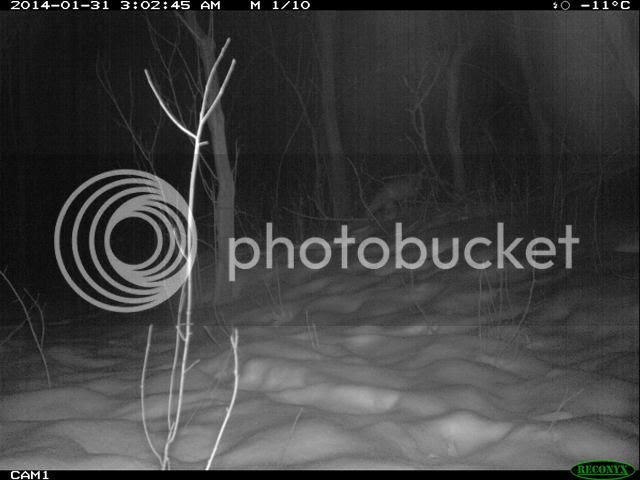 ...and again later that evening... 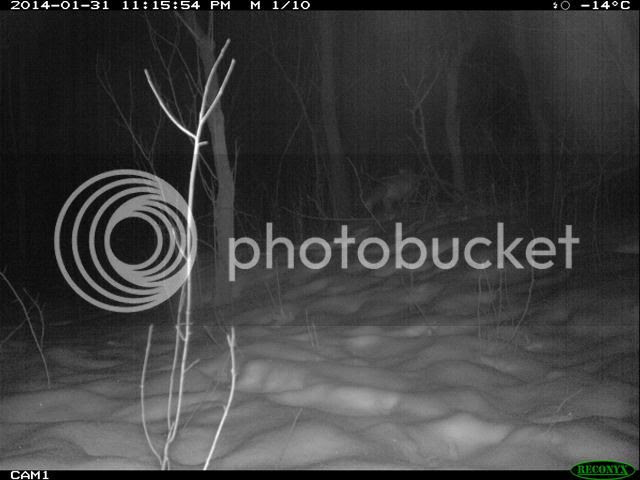 Then...just to give us something to brag about....our resident Badger (Taxidea taxus) lumbered by for a sniff. 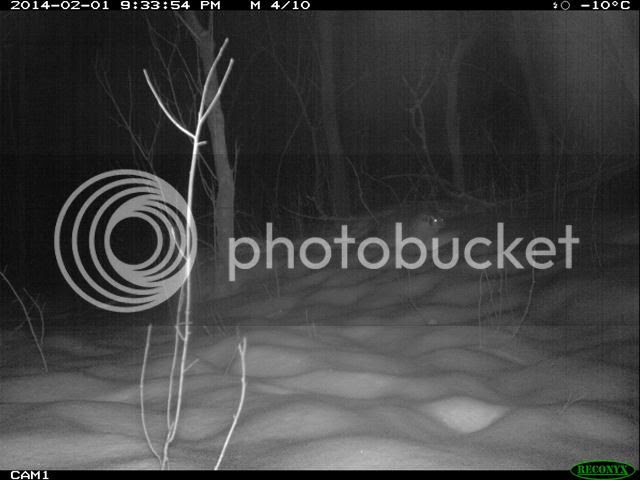 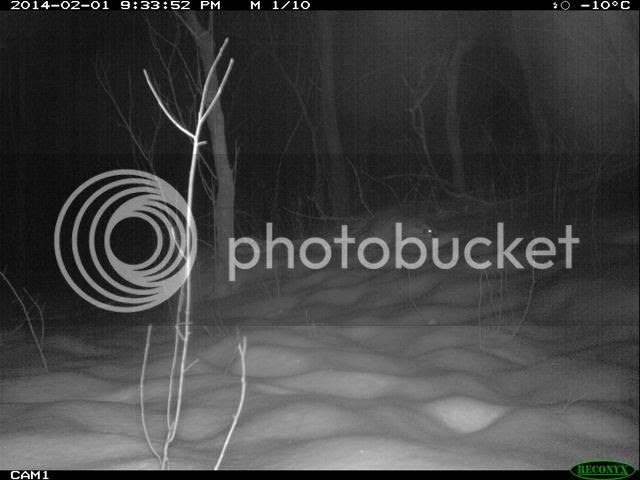 So fingers crossed that we will get a repeat of the fox pups this year!  Always fun to get pictures of them....

Posted by Trailblazer at 7:30 PM