The problem with camera traps is that they are often the target of theives.  For some reason, commiting a crime is worth it for folks to get their hands on a $200 camera.  They'll even try so hard to steal the camera that they'll nearly (or actually) damage it in the process.  I guess I shouldn't be suprised that such less-than-brilliant folks come up with such less-than-brilliant plans.

These two nit-wits apparently determined that smoking cigarrettes and attempted theft were more fun than school. 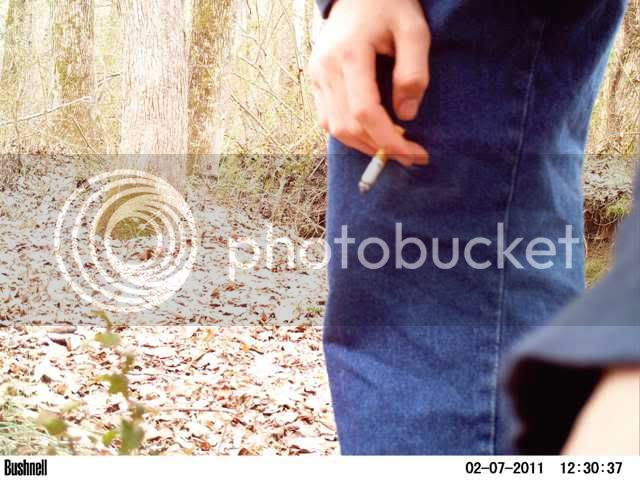 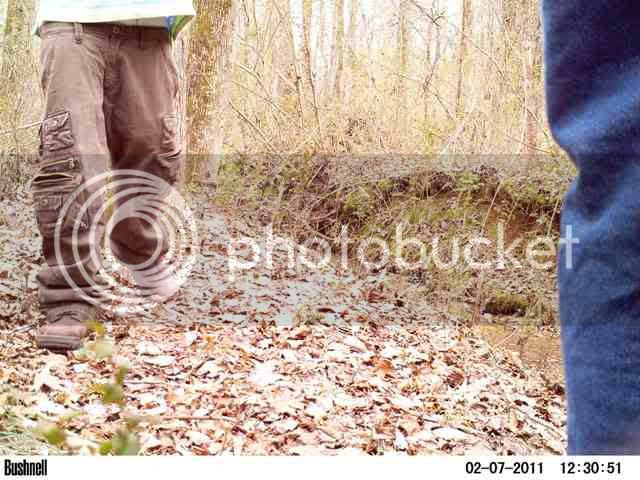 They tried tugging to pull the camera off of the tree it was mounted to. 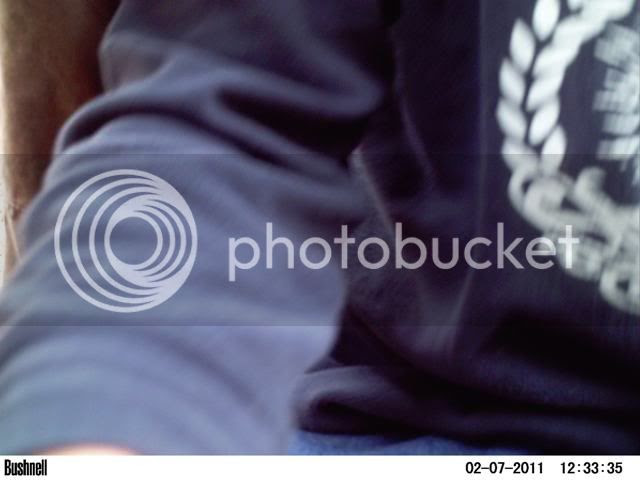 When that didn't work they tried kicking the camera off of the tree!  What a great way to steal a delicate piece of electronic equipment! 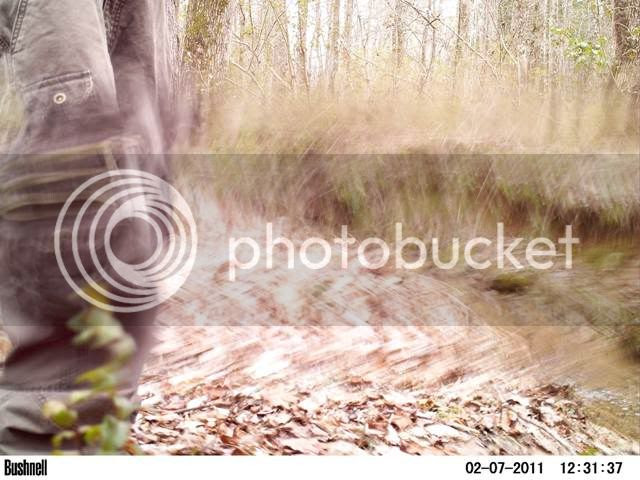 All I can say to these two is:  Enjoy your future at McDonalds!  You should be able to make just enough to afford those cigarrettes that you'll need to smoke every hour for the rest of your probably short lives (smoking isn't really known to prolong your time on this planet, afterall).

Oh, and for the parents of these kids...I'm sure even if you happen to see my blog AND somehow recognize one of these is your kid by their clothes, you wont do anything of substance about it.  I didn't get a picture of their faces, becuase if I had, I'd have sent the pictures to the police (this was not only attempted theft, but also tressspassing).  But, at the very least, maybe you could discipline them for being stupid.  Ground them.  Take away their iPhones...or their X-box 360s.....or their computer for a week...or something.

BTW..am I bitter?  YES.  I worked hard to get these cameras and set up a monitoring project with them, just to have a couple of morons try to steal them.

I never thought I'd say this but "what's wrong with kids these days?"
Posted by Trailblazer at 10:49 AM