Last night (February 14th) love was in the air!  And on Valentines day, no-less!

As I took the dog out so he could release some unwanted metabolic waste before bed, I heard the 'yotes (Canis latrans) howling in the field across the street.

The timing is correct.  Although January is generally considered part of the breeding season for this species, Hartley T. Jackson stated (1961) breeding in these parts is primarily in February.  Coyotes will howl at various times throughout they year, but they are known to be particularly vocal during the breeding season.  They may howl to attract mates and to warn potential rivals of their presence.  Howls provide other non-breeding functions: communicating with a pack that is spread out (hunting, for example) and to warn other packs or groups of their presence (an early warning system to avoid tresspassing).

This is the first time I've heard the coyotes calling this year.

I'm assuming there will be more pictures of them to come.

But, for now, I'll placate you all with some recent pics from cameras that Dave is still taking care of in North Carolina.

Note that the first picture is of a pair.

The second pic is a nice one....I just wish the subject was looking towards the camera! 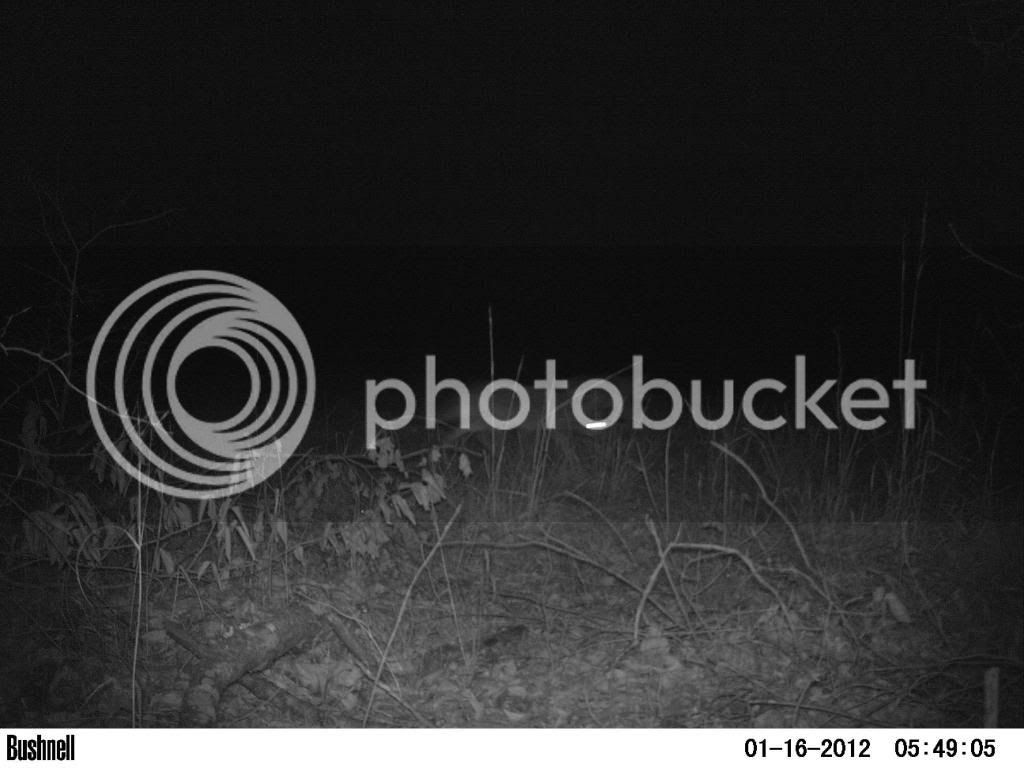 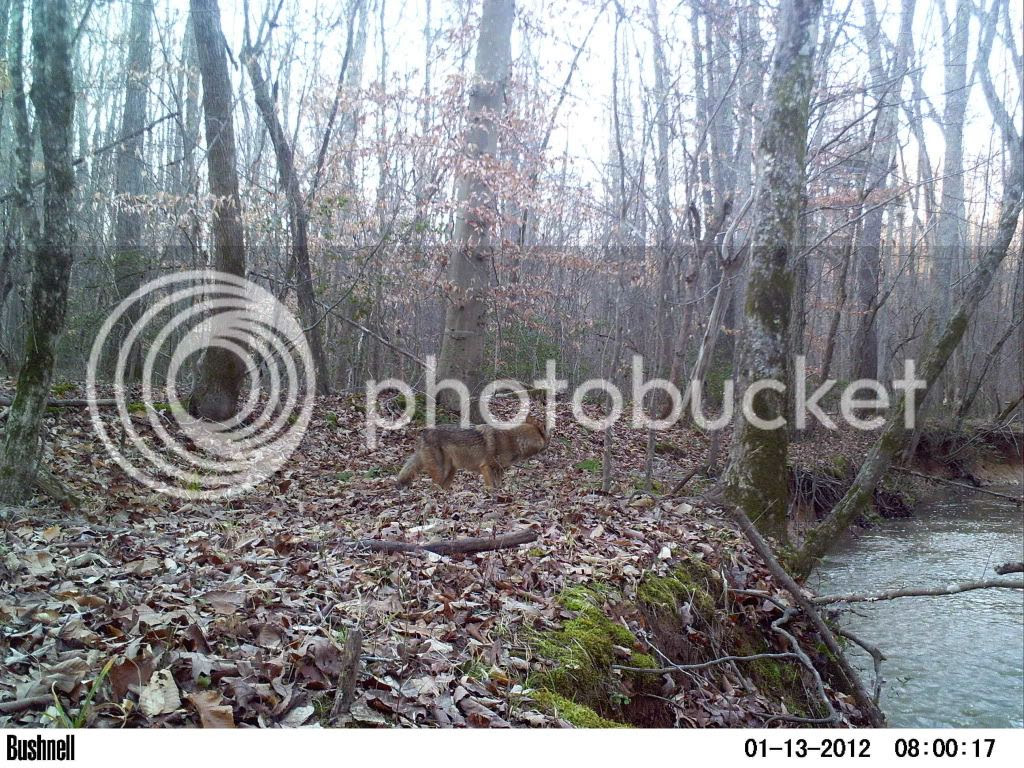 In general, the 'yotes at these cameras did not show themselves from July through December.  Since then, we've more commonly captured pictures of them.

For more information on eastern Coyotes....check out this recent paper published in Southeastern Naturalist:

L.L. Mastro. 2011. Life history and ecology of coyotes in the mid-Atlantic states: a summary of the scientific literature. Southeastern Naturalist 10:721-730.
Posted by Trailblazer at 9:10 PM