I had almost forgotten about this camera set.  The pictures below were part of a monitoring project I ran on property owned by the North Carolina Zoo.  From February 2010 to July 2011, we conducted a vertebrate invenotry on this property, which included drift fences and coverboards for small vertebrates, radio telemetry on Eastern Box Turtles (Terrapene carolina carolina) and, of course, camera traps for the big guys.

The camera that took most of the pictures below was placed along a nice riparian corridor for a few months during this period (Feb 17 to April 19, 2011) to see who was hanging around.  This was one of several cameras  deployed at various locations throughout the property.  Unfortunately, most of our camera trap captures on the site were of White-tailed Deer (Odocoileus virginianus).

The Riparian corridor provided our best variety.  It also represents my only venture into the realm of ScoutGuard cameras.  I can't even remember what model it was (the SG550?).  Anyways, I have to admit that I was at first very impressed....but this waned after a series of malfunctions, returns and straight-up inconveniences on the part of the camera (including an external remote..which you had to bring into the field with you and plug into the camera to program it).

A juvenile Red-Shouldered Hawk (Buteo lineatus) flew down to the stream on back-to-back days for a drink?  Trying to grab a frog?  With alittle help from my buddy Bill over at The Future Of Birds, I was able to definitively identify this species!  They like woodlands associated with water, so it makes sense to see them here. 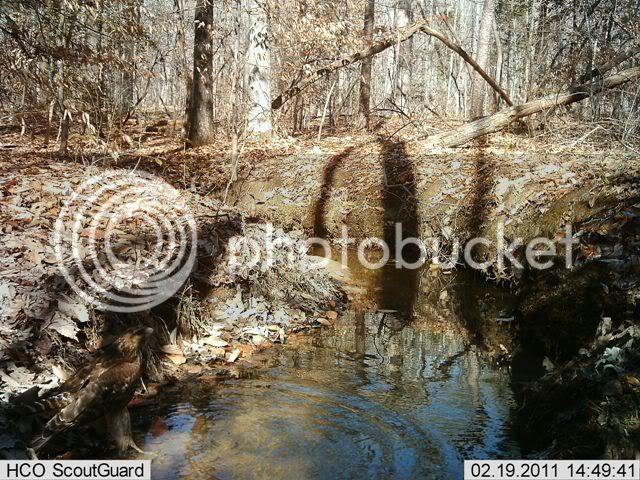 Above: Find the Buteo!  See the lower left-hand corner of the pic....﻿ 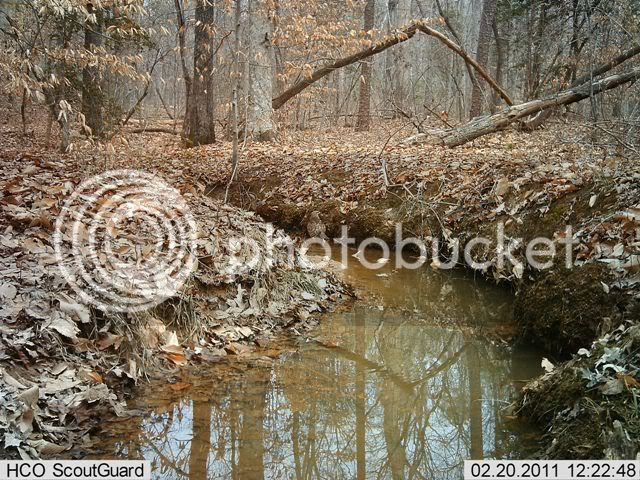 Above: Find the Buteo II!  In the background, standing in the water again.
The red-shouldered was by far the most unique thing captured by this camera.  Although, there were some neat pics of Racoons (Procyon lotor) wading around for frogs and fish. 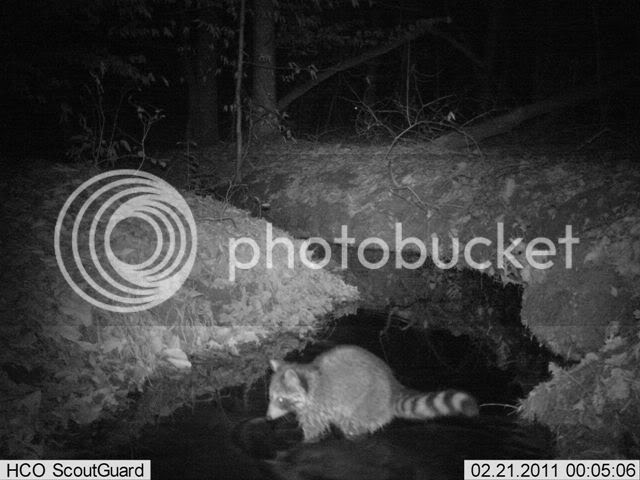 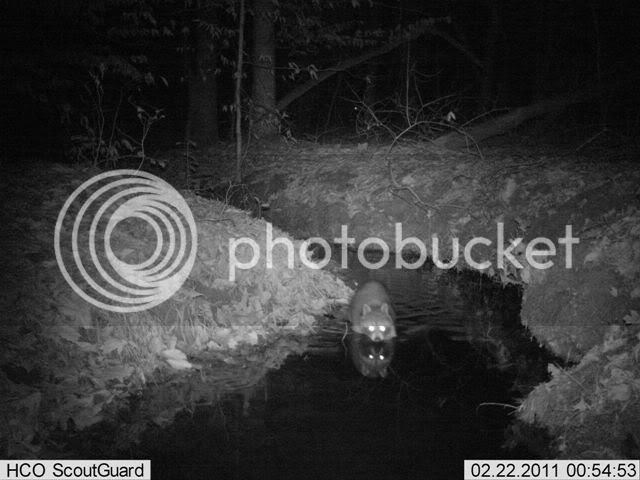 And, of course, what series of pictures from a set in North Carolina would be complete without White-tailed Deer?  I quite liked the one below....with the reflection on the water...... 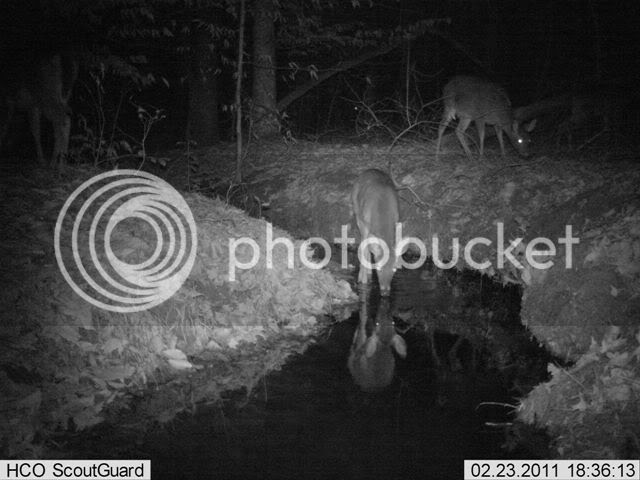 Was also neat to get a shot of an American Crow (Corvus brachyrhynchos) coming down for a sip..... 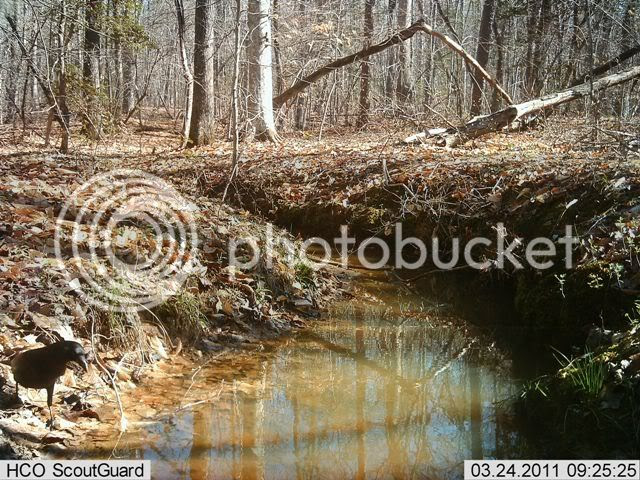 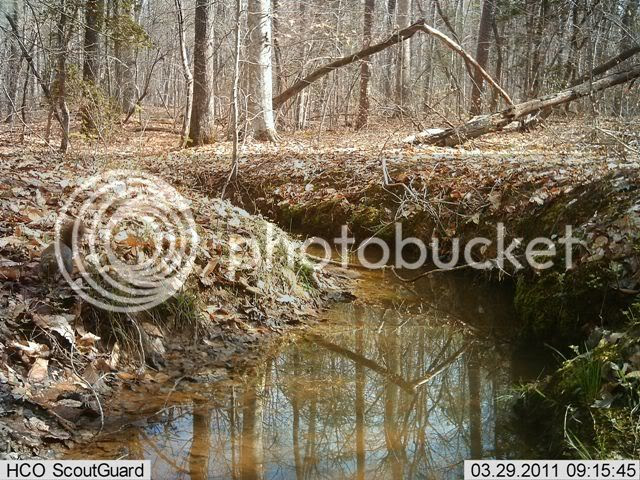 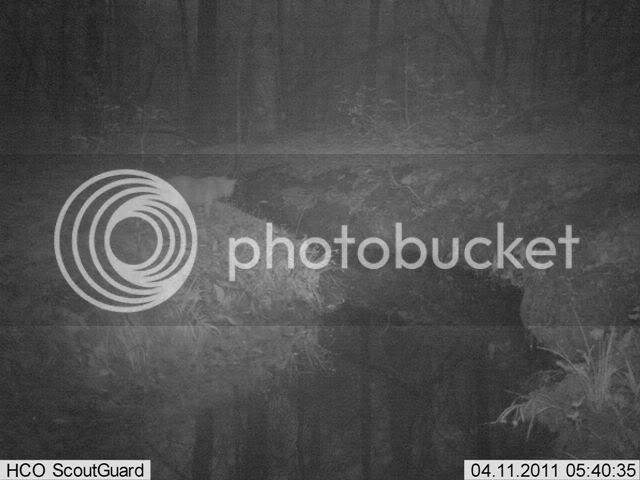 ...and that about 'rounds it out for this camera set (and, in fact, for the site).  Although we did get pics of two other species from other locations at this site, they weren't some of the riparian walkers.﻿
There were a few precious shots of "talking dogs" (Canis latrans)..... 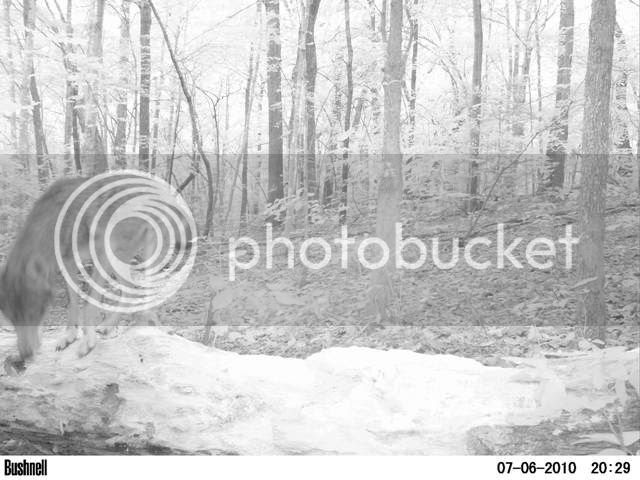 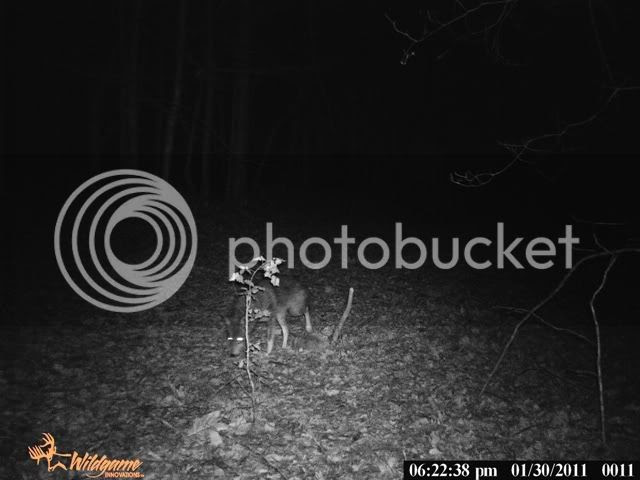 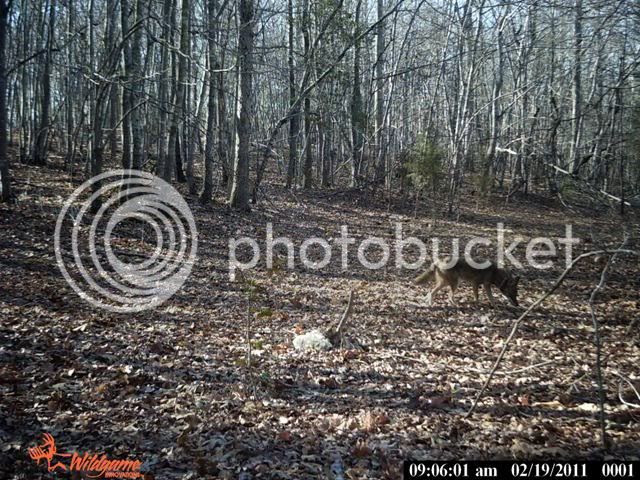 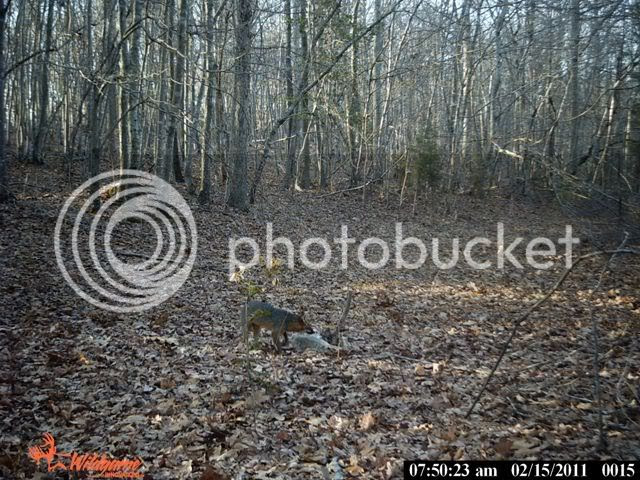 And....so long as I'm posting pics of feral puddy tats.....I might as well show a 'coon hound, that had to belong to a tresspassing hunter.  He stopped by for a sniff at the scent station I put out at this spot.  Although there are stray dogs on-site, there's no way that a stray has a reflective collar with a GPS unit strapped to his neck...... 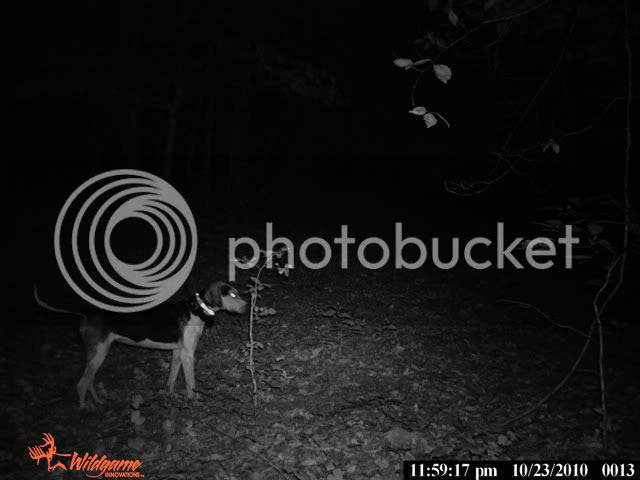 Posted by Trailblazer at 8:55 PM