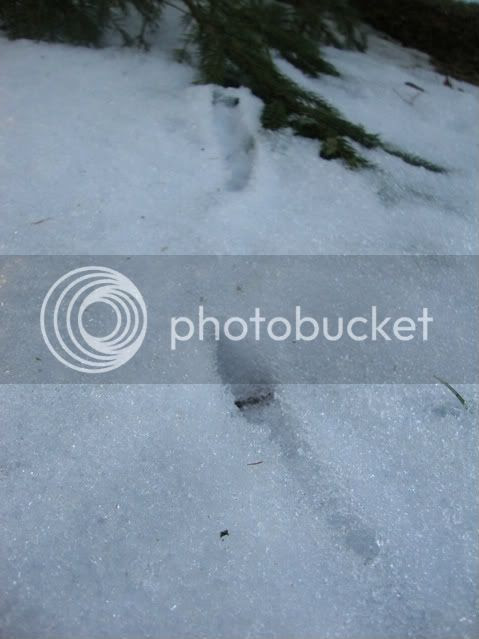 We've had a massive warm-up 'round here, reaching into the 50s today (unheard of for January!).

Needless to say, the deeper snow we once had is now melting.

One morning last week, as I took the dog out for his first bodily evacuation, I found that the snow melt had revealed the activity of rodents. 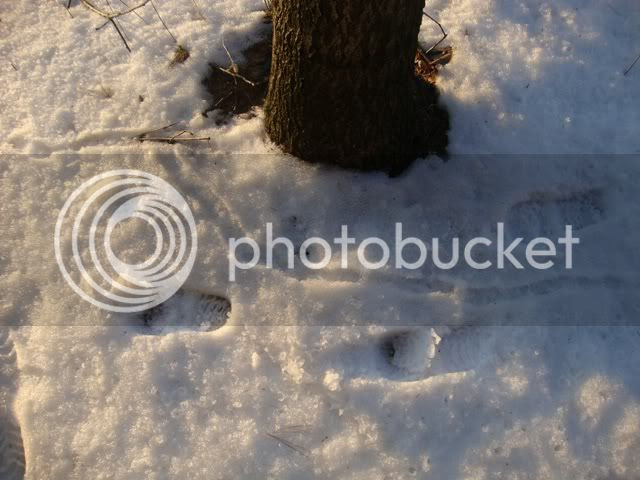 ﻿
Subnivean is a term for the area of interface between the ground and the snow resting on top of it (whereas nivean refers to the entire environment from the surface of the snow to the surface of the ground).  Some of us Homo sapiens are of the mind that snow is just all cold...and nothing could possibly live below its surface unless it was hibernating in a burrow.

Snow as an insulator:  The thermal conductivity of snow (or any substance) can be defined as the ability of heat to move through it (in this case, the ability of heat to move through the snow pack).  According to Halfpenny and Ozanne (1989), snow has a low thermal conductivity, making it a good insulator.  This is particularly true of dry snow, and once snow becomes wet or begins to melt, its thermal conductivity raises. Thus, the insulative properties of snow are related to how fresh and dry it is (Marchand 1987).  The snow's ability to insulate also has to do with depth of snowpack.  For example, 20 cm of newly fallen snow experiences little subnivean temperature variation.  However, as the ice crystals that comprise snow change in shape (as they melt slightly and refreeze over time, etc.), the insulative capacity decreases.  On the other hand, once snow reaches a depth of 50 cm, the "temperature of the subnivean environment is almost constant" (Marchand 1987).  At that point, its freshness apparently plays less of a role (Marchand 1987).  Snow also shows a variable thermal profile from the surface of the snow to the ground beneath.....generally being warmer near the ground than near the surface (Halfpenny and Ozanne 1987).  Furthermore, air exists between the ice crystals, etc., so there's no risk of suffocation.


All of this is good news for the little rodents that like to construct these passageways through the subnivean environment.  They are insulated from the cold and wind, while the snow also shields them from the sharp-eyed hawk...the fox...the coyote (all of which prey upon rodents and are present on-site).

As the snow melts, their passageways are revealed, and they are without their subnivean highways until the next snowfall. 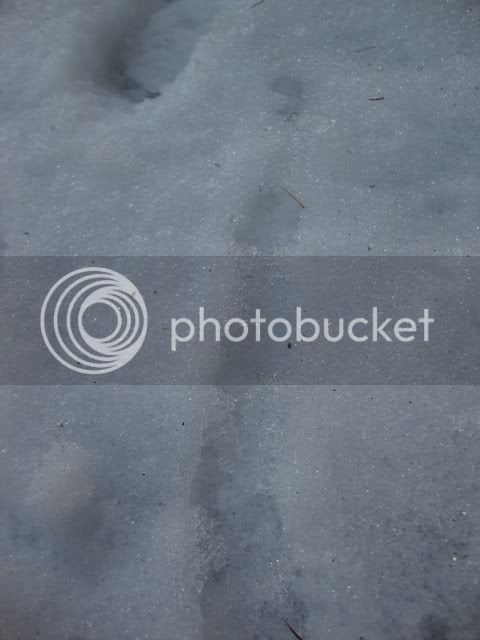 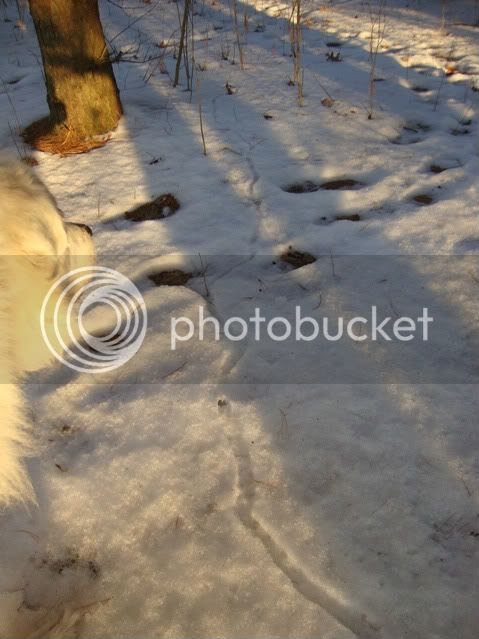 The snow has all since melted.

Marchand, P.J. 1987. Life in the Cold: an introduction to winter ecology. University Press of New England.
Posted by Trailblazer at 2:44 PM