Herpin' In The Sandhills Part II: The King In Crimson (Lampropeltis triangulum elapsoides) 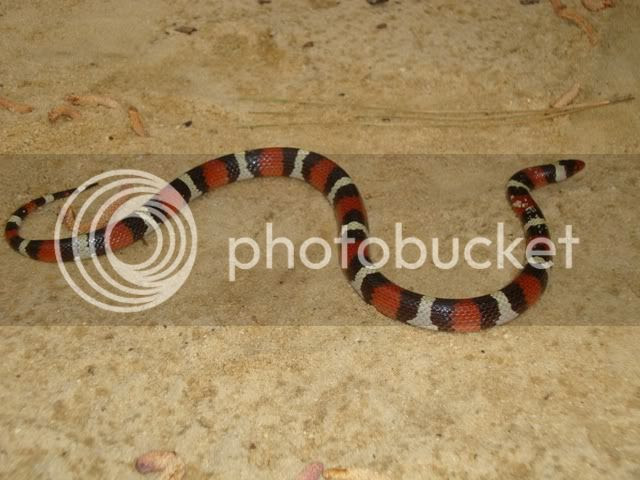 Please forgive the geeky title of this blog post.  I can't help myself.  I have too many geeky interests.

On the first day of our Sandhills trip, we spent alittle time with a Herpetology Class that was having a field trip in the same area.  Early in the morning, someone came across a nice little Scarlet Kingsnake.  It was very cool to see one.....but would have been more cool to find it ourselves.  So, after some time of hanging around with the class, we broke off for a spell.

Luckily...as with the Copperheads...Jeff knew where to go and also some tricks about the microhabitat to focus on when searching.  Finding them is not just about being in the right habitat at the right time of year....it's also about finding fallen logs and peeling back the bark (not even just rolling the logs themselves, but peeling back the bark!).  These little guys like to hide there, just below the bark layer, absorbing the warmth.

It should be noted that, these types of searches can be very destructive to the small habitats and micro-climates required by many of the critters living among fallen woody debris.  So, I would recommend doing this very sparingly, if at all.  I would also suggest taking all effort NOT to destroy the bark you peel off, so it can be carefully put back.  The average "herper", just going out there and tearing stuff up in an effort to see things and get pictures, can be very destructive.  The impact of destructive practices when "herping" has been found to be substantial, in some cases.  In fact, Goode et al. (2004) found a correlation between rock outcroppings damaged by collectors and fewer reptiles present.  Such disturbances do not need to be dramatic.  Pike et al. (2010) found that even rocks displaced less than 30 cm supported fewer lizards than undisturbed rocks.

To be responsible, you have to at least try and leave as little evidence of your presence as possible.

But anyways....on to the kingsnakes.  We had been out for an hour or so looking among the fallen logs, under pieces of tin, and below the bark on fallen logs/trees amongst the wiregrass.  Having fun, but not much luck with Scarlet Kings.  I did happen across a Racer (Coluber constrictor) in the "blue" or "opaque" phase that occurs just prior to the snake shedding its skin.  Got a neat shot of his tongue. 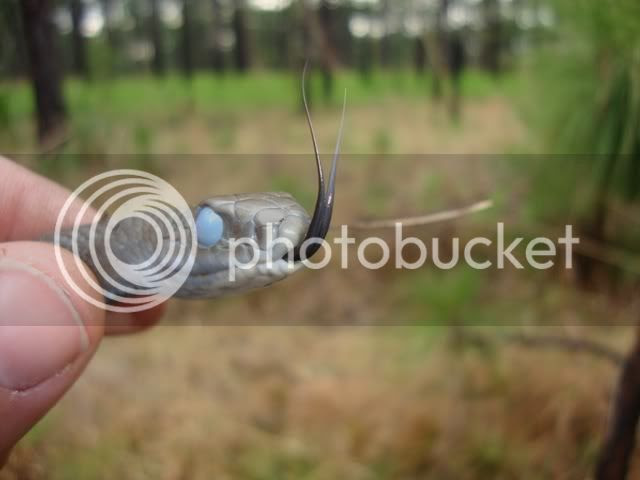 Finally, however, our luck changed!

Ed was nice enough to drive the group of us around to a variety of spots.  Thus, we were able to hit a site for a period, then hop back in the vehicle as a group and move on to the next site en masse.  At our final location, we saw alot of fallen woody debris that looked promising.  We got to work.  At one point, Jeff peeled back some bark on a dead, but still standing upright, pine tree and a little Southern Flying Squirrel (Glaucomys volans) that had been hiding beneath bounded up the tree and into a hole.  Didn't get a picture of it, though!

Later, I peeled back the bark on an old fallen long-leaf pine trunk, and immediately was struck by the dazzling color pattern of a beautiful little snake beneath! 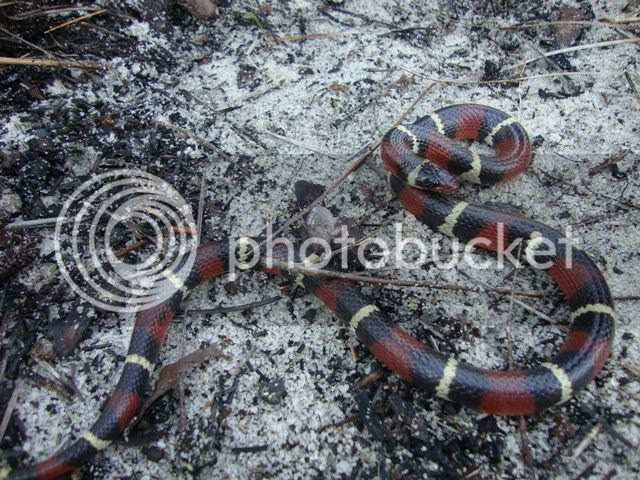 Next, Jeff peeled back some of the bark alittle further down on the same log and turned up another!! 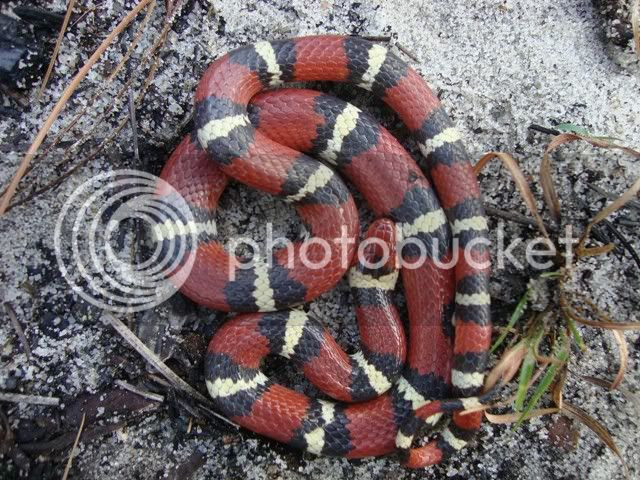 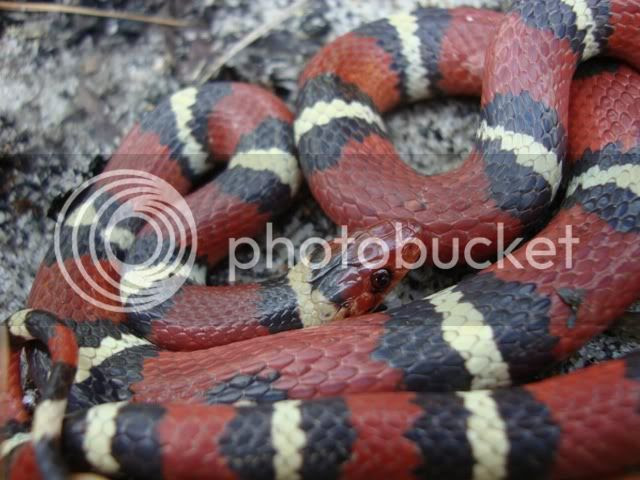 Together they made quite a pair.... 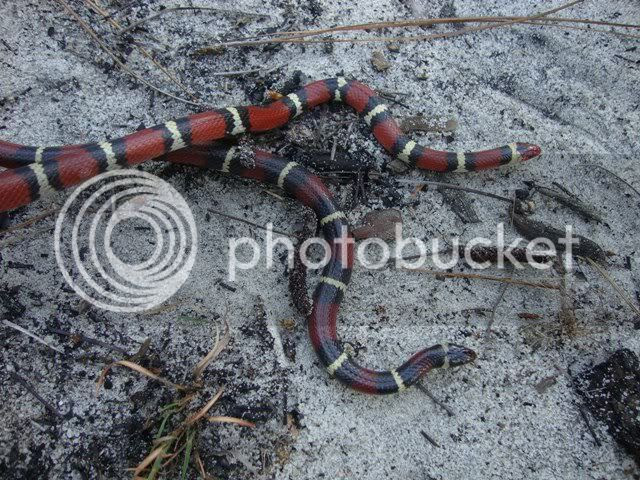 Great variation exists in the appearances of Lampropeltis triangulum (generically referred to as the "Milksnake").  The Scarlet Kingsnake (Lampropeltis triangulum elapsoides) is the only subspecies found in our particular state.  In other regions of North America, other subspecies are present.  There are currently nine sub-species recognized by Crother et al. (2008).
If one refers to the map for this group in Gibbons and Dorcas (2005) areas of potential integration (where the ranges of different subspecies border one another) exist in the Southeast.  This makes delineating where individual sub-species exist problematic.  It also calls the validity of various sub-species into question.  This, coupled with the incredibly broad geographic range of Lampropeltis triangulum, in North America, warrant further phylogenetic research be done on this species/sub-species complex.

Crother, B. I. (ed.) 2008. Scientific and Standard English Names of Amphibians and Reptiles of North America North of Mexico (6th Edition). pp. 1-84, SSAR Herpetological Circular No. 37.

Gibbons, W., and M. Dorcas. 2005. Snakes of the Southeast. The University of Georgia Press.