Well, it was bound to happen this time of year......everything's giving birth or hatching eggs, it seems....but the new fawn pictures are starting to come in.

I'd flushed up a little one in the woods at a different study site not long ago (see First Fawn of the Year posted on May 24, 2011), so I knew the does in the area were birthing.

Here are a few recent pics that are so cute you'll go hoarse saying "AAWWWWWW!!!!"

This may be a brand new fawn as the momma spends alot of time licking it all over it's entire body, maybe still cleaning the scent off from the birth. 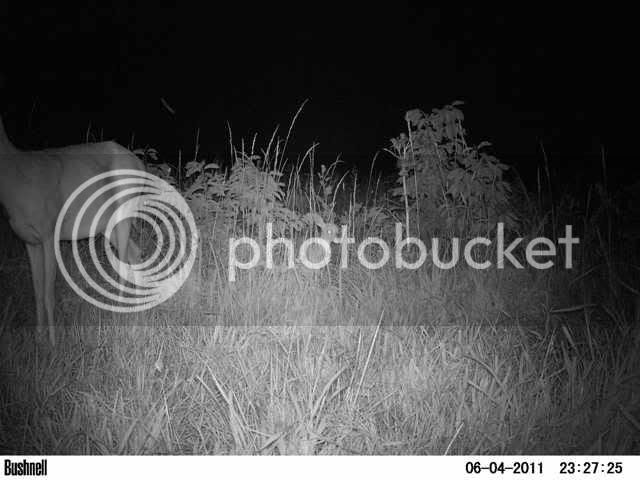 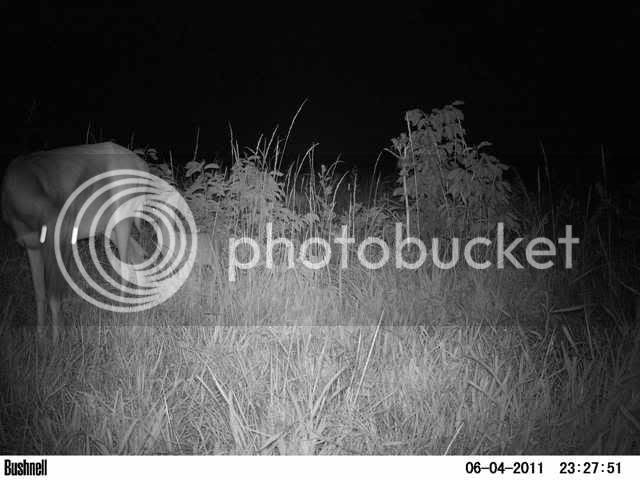 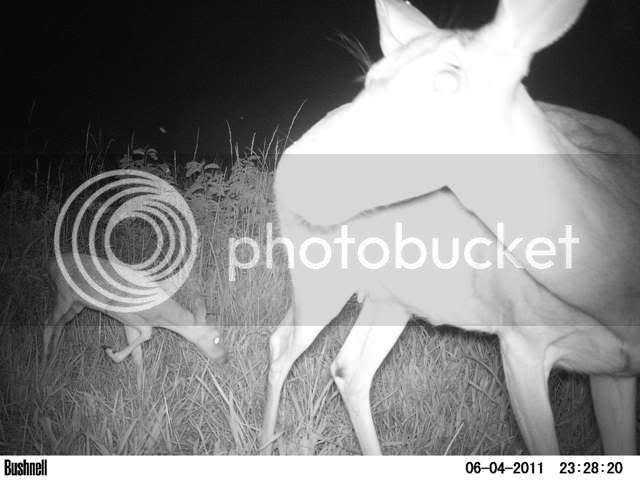 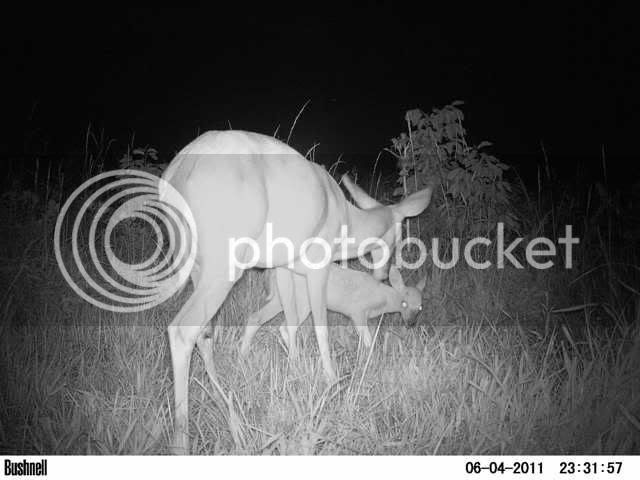 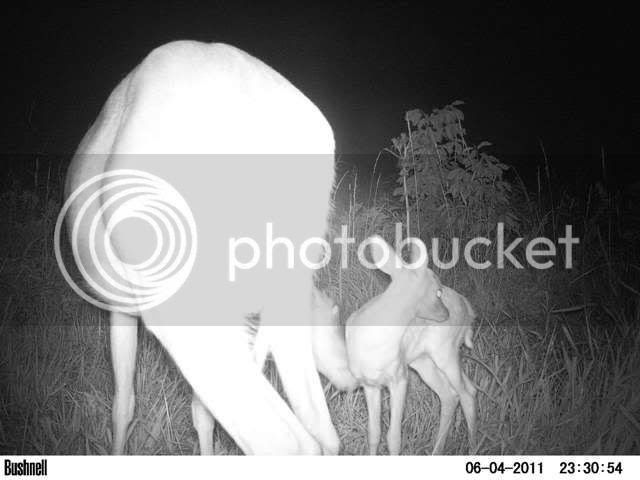 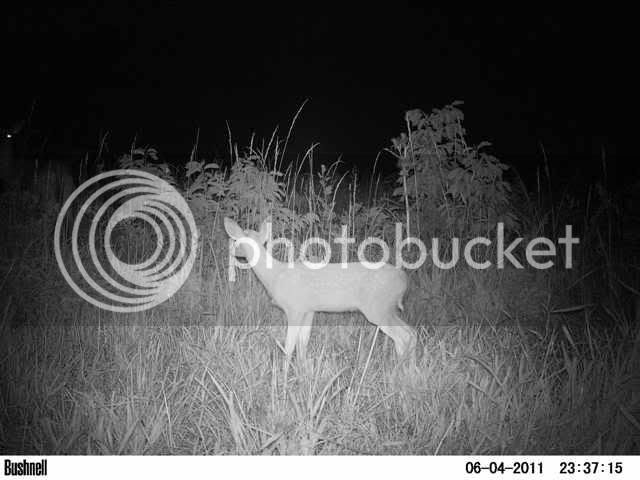 Another coupla pictures from a different location at the same study site taken the next day.  Might be the same pair, but the fawn in the pictures below looks alittle smaller to me. 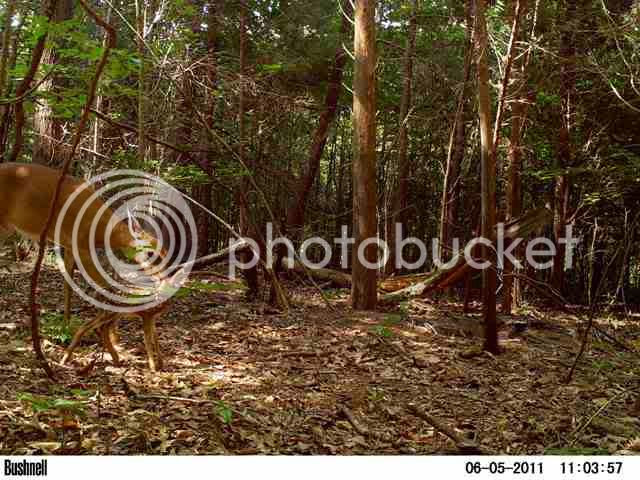 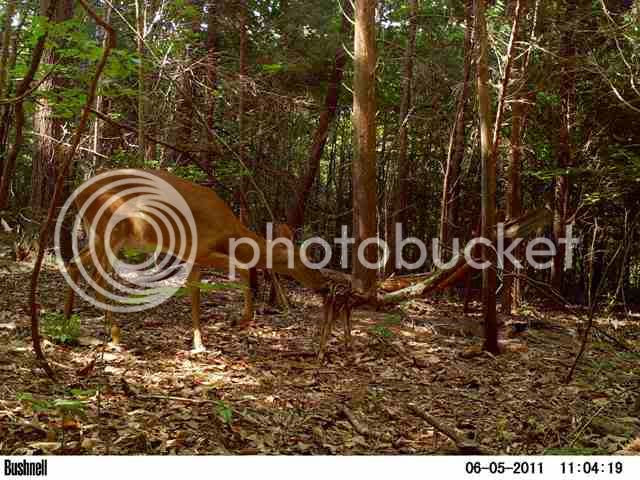 ﻿
The tough part for these little ones now is surviving.

Vreeland et al. (2004) radio-collared and tracked over 200 fawns starting at less than 3 weeks of age to determine causes of mortality.  110 of these fawns existed in agricultural landscapes and 108 of the fawns existed in forested landscapes in Pennsylvania.   At 9 weeks, fawn survival was 72.4% in the areas dominated by agriculture, and only 57.2% in forests.  At 34 weeks, fawn survival was only 52.9% in agriculture and 37.9% in forests.  Predation, split evenly between Black Bears and Coyotes, accounted for 46.2% of 106 mortality recorded through 34 weeks.  Other natural causes were responsible for 27.4% of the mortality observed.

They also reported that the fawn survival rates they observed did NOT result in negative white-tailed deer population growth.