"What But The Wolf's Tooth Whittled So Fine...." 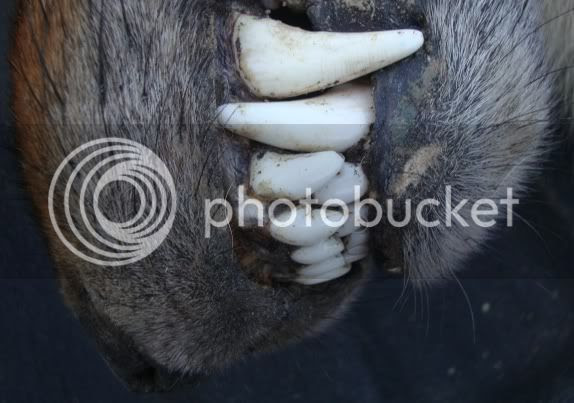 One of my favorite environmental poets/authors is Robinson Jeffers.  Most folks, when they think of environmental authors, automatically jump on the Thoreau bandwagon.  Thoreau's nice, and all...but for my money....compared to the likes of Jeffers (whose words were, and are, razor sharp), and Aldo Leopold (who was an actual academic research-ecologist)....Thoreau was a chump.  Doesn't mean I don't like his work.  But in my mind, he just doesn't compare to some of the others, despite his popularity.  Jeffers is not always lumped into the "environmental" poets, because his work is not only about the environment...and often includes social commentary and etc..

The Poem that I started above by Jeffers is called "The Bloody Sire".  What immediately follows is:

"What but fear winged the birds, and hunger
jewelled with such eyes the great goshawk's head?
Violence has been the sire of all the world's values."

The rest of the poem also pulls no punches.

Anyways, this post is not meant to be commentary on Environmental Poets, Philosophers, or Authors.  But the one of the subject's of the poem by Jeffers (the wolf), is really what I'm getting at.

Specifically surrounding a workshop that we are hosting at the university, allowing opportunities for students to learn anything and everything about wolves in the state:  ecology, natural history, management, regulation, field survey techniques, and field ecology techniques.  Basically, anything and everything I wanted to get to do as an undergrad!  The workshop is part 1 of a course the students are enrolled in, where they learn about wolf ecology and management from professional wildlife biologists, learn to conduct track surveys with professional trackers, THEN get to spend a week doing wolf track surveys with DNR wolf biologists!

Who could ask for anything more?

So, meet Randy.  Randy has been a professional state wolf biologist for over 30 years.  He is largely responsible for instigating the wolf recovery program in the state....a program that has been amazingly successful. 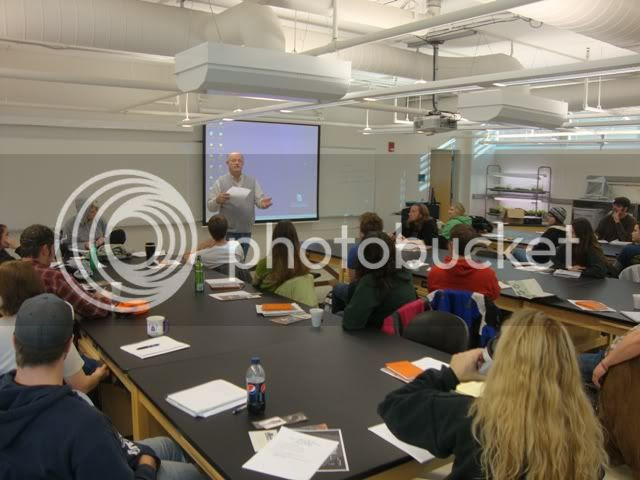 Randy shared his knowledge of all things "wolfy" with the students.

This obviously involved skulls and pelts. 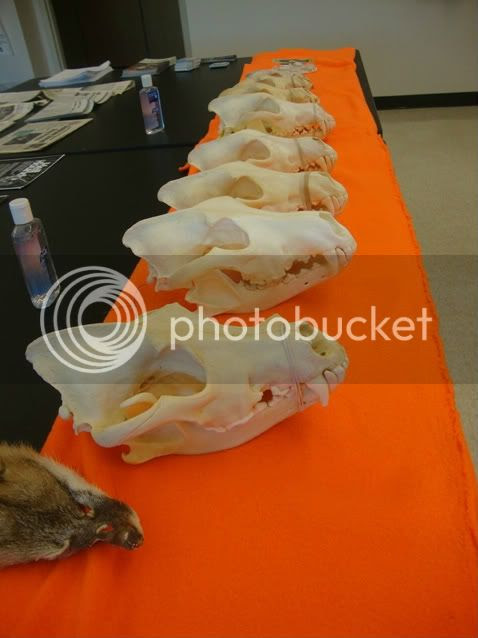 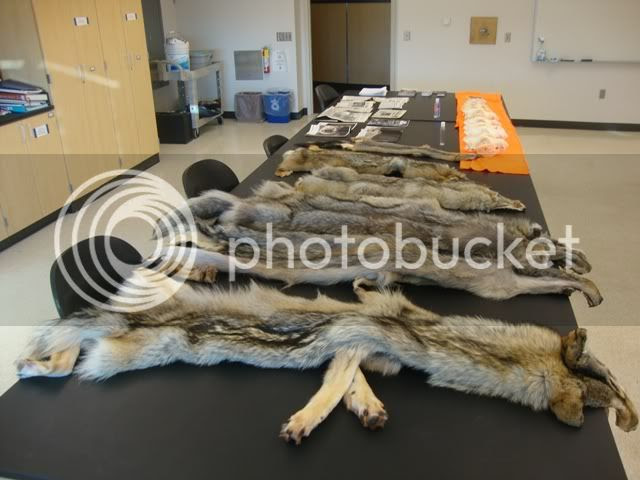 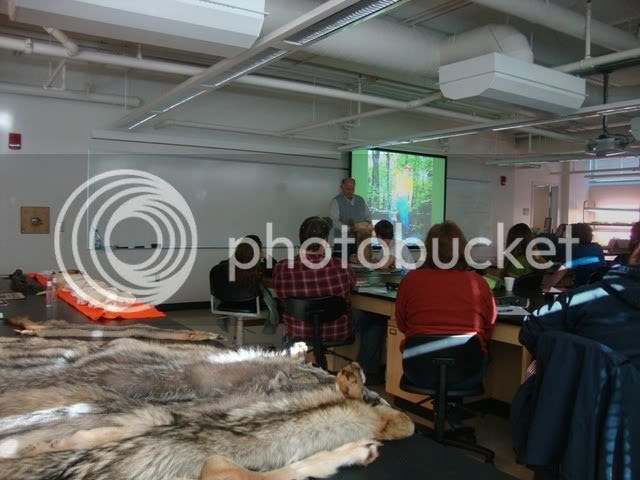 A demonstration of setting a proper "dirt-hole set" with a leg-hold trap....which is the most effective way to capture wolves for management or research-related purposes....

First you open the trap.... 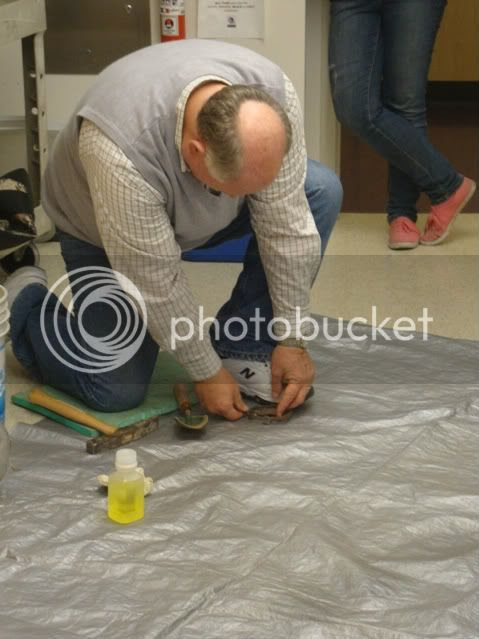 Then, conceal it carefully by burying it lightly in some dirt...... 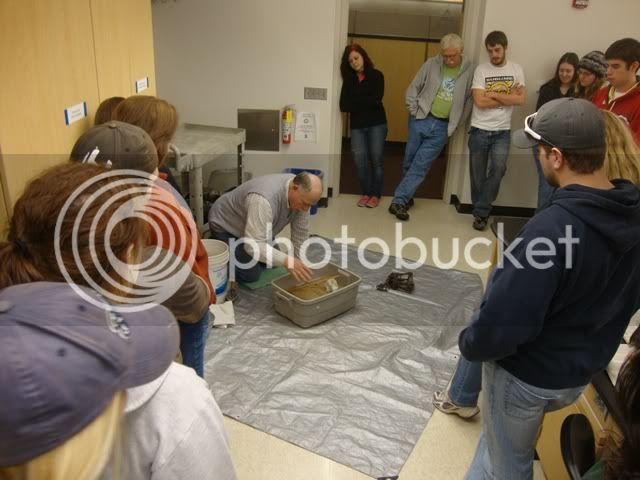 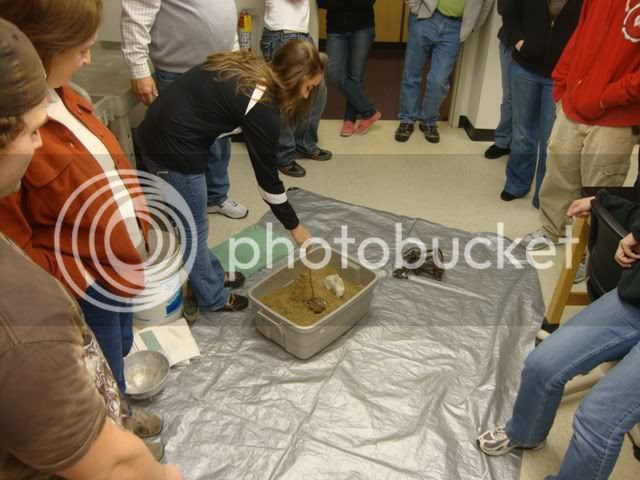 And finally, providing students with the opportunity to see a wolf up-close (a road-killed individual, that Randy is responsible for collecting and freezing for the federal government, given their endangered species status). 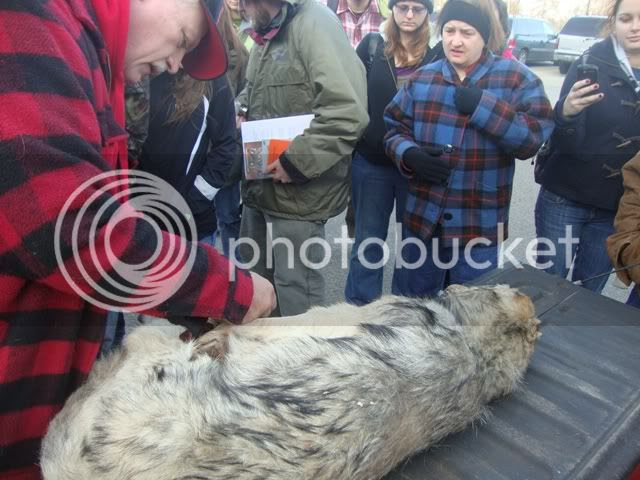 All in all, an outstanding (and incredibly information-packed) day.

Now, the students must wait until January for the next stage of the course (field work).  Perhaps I'll have some pictures to share....although no promises.
Posted by Trailblazer at 7:57 PM