Herpin' In the Sandhills Part IV: A Pair of Awesome Constrictors.

Continuing my series of posts devoted to our herping trip to the Sandhills in April.  I've discussed the cottonmouths, the scarlet kingsnakes and the amphibians we encountered.  But, I still have some more incredible snakes to share with you all.

So, I'll contiue with a tale of two awesome constrictors.

The first of which was a huge treat for me.  Believe it or not, although this snake is not native to anywhere that I've lived prior to moving to the southeastern US, I've had alot of experience with this species in captivity.  It's one of the most commonly kept snakes by folks who are into herpetoculture (i.e., the keeping of amphibians and reptiles as pets).  I'd even had one as a pet for about 9 years.  One of the reasons I wanted to see one so badly was because it was hard for me to separate the domestically-bred pet from the wild animal.  Thus, it's hard to picture this snake outside of a terrarium.  So to find it out and about, just doing what wild snakes do, was sort of a geeky moment for me (perhaps equivalent to a Star Trek fan meeting Shatner, or something :) ).

The Corn Snake (Pantherophis = Elaphe guttata).  Jeff has a nice bit of property in the Sandhills.  Like every good Herpetologist should, he has littered his front and back yard with peices of tin.  The tin provides cover and warmth, which snakes like (especially on a cool April day).  So having alot of tin around to flip increases the chances of seeing something snakey.  Such was the means by which we captured TWO cornsnakes in about 25 minutes.

Folks in the snake breeding business love to come up with ridiculous color morphs for these guys. 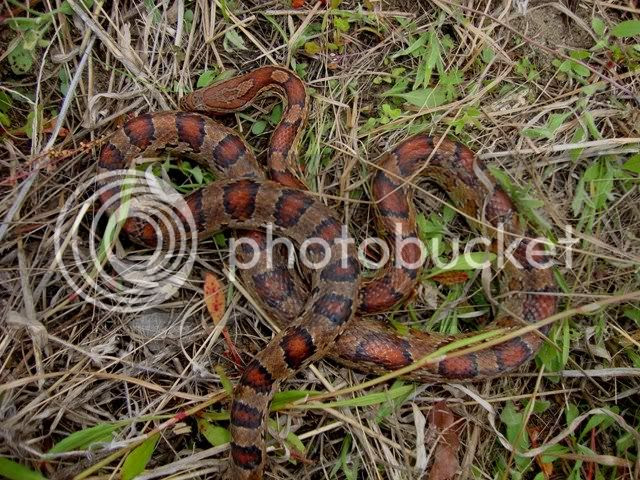 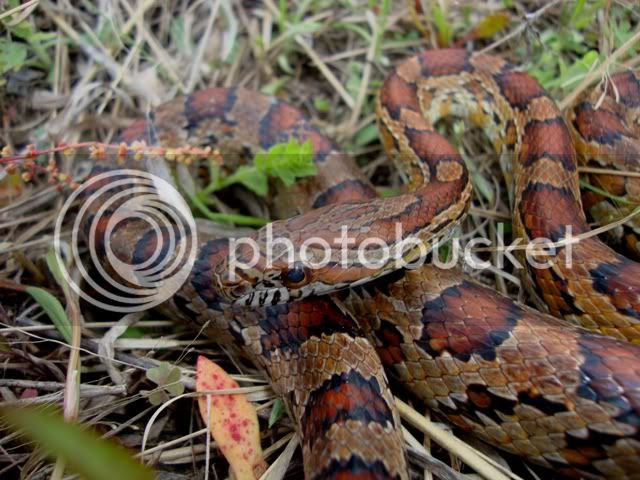 Above: two pictures of the first individual we found under the tin.  A smaller, perhaps subadult, individual but very handsome!! 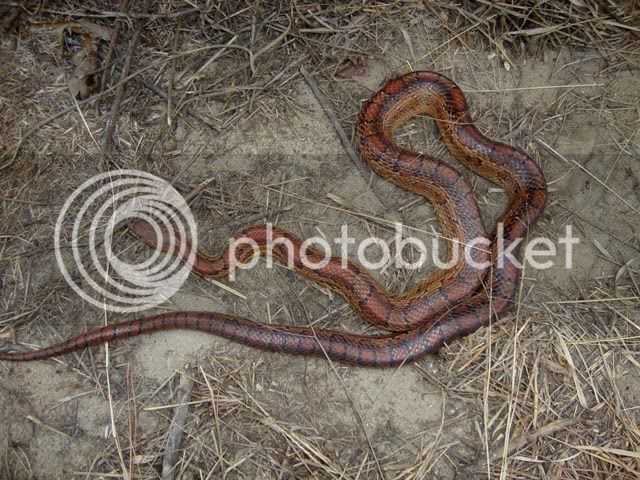 The Northern Pine Snake (Pituophis melanoleucus melanoleucus): this is a critter very near and dear to my heart.  I'd spent three years radio-tracking the habitat selection and movement patterns of another member of this Genus (the Bullsnake, Pituophis catenifer sayi) in Wisconsin.  So gettting to handle a Pine Snake was like catching up with an old friend that I hadn't seen in awhile.

This species is relatively uncommon in North Carolina. We were fortunate with the individual pictured below.  Ed had found him the day before crossing a rarely travelled dirt road and put him in a bag for Jeff.  Jeff is currently involved in research on this species, but their general rarity makes them hard to find (it should be noted here that both of these folks have the appropriate state permits to do this sort of thing).  Dave and I were able to come with when the animal was released back at its capture location.

Much like the Cornsnake, the Pine Snake is basically restricted to the fire-dependent habitats in the Sandhills region.  Many species within this genus prefer sandy soils and are actually very adept at burrowing, whether to create a refugia, a nest, or to find prey.  In fact, it has been estimated that the Bullsnake can move up to 207.5 cubic inches of soil per hour (Carpenter 1982)!  Not bad for something with no arms and legs.  The activity of digging is actually accomplished with a pointed & hardened rostral (nose) scale and powerful body undulations (see picture below). 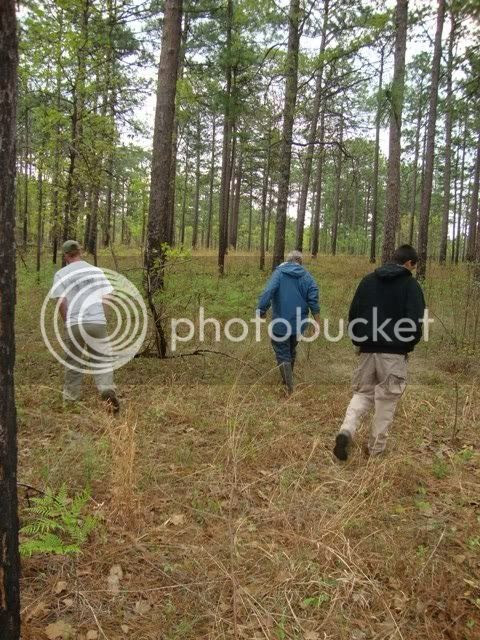 Above: example of the habitat that northern Pine Snakes may be found in.
Only a handful of published research projects have been conducted on P. melanoleucus.  This includes a few studies on snakes in New Jeresy (USA; Burger and Zappalorti 1988, Burger et al. 1988), some in Tennessee (Gerald et al. 2006a, Gerald et al. 2006b), one in Mississippi (Baxley and Qualls 2009), and one in Florida (Franz 2005).  Currently, the best state-specific source for information on them is Palmer and Braswell (1995).  There is a real need for further published research on this species to help gain a better understanding of its ecology.

As an aside, with the exception of the Indigo Snake (Drymarchon corais), members of the Genus Pituophis are the largest snakes north of Mexico.  Adults often grow larger than 5 ft, perhaps getting to 6 ft.  I have recieved anecdotal reports of 8 ft Bullsnakes in Wisconsin, which I have never substantiated (the largest individual I ever encountered was over 5.5 ft). 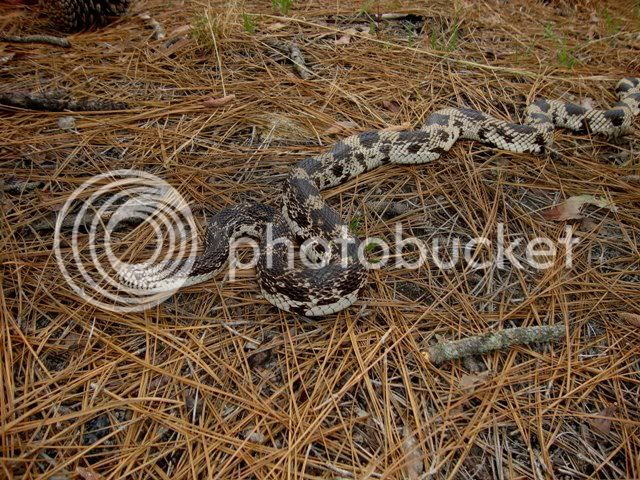 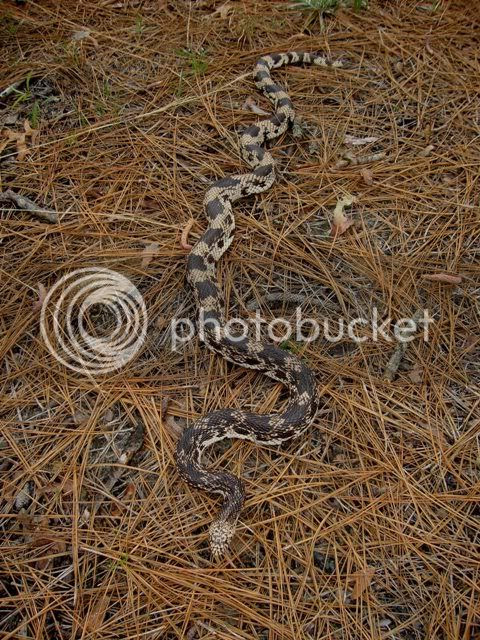 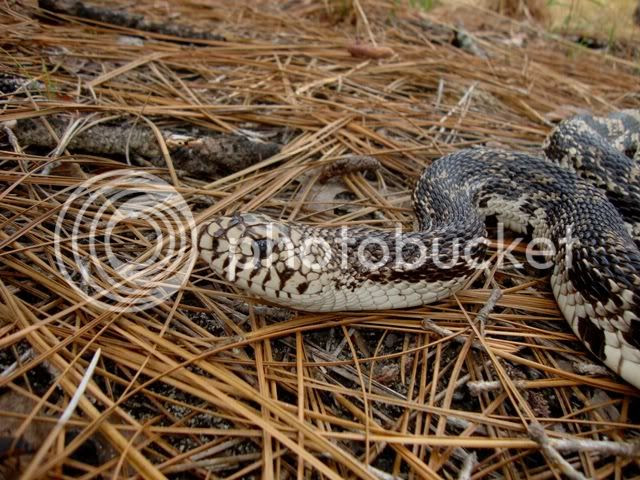 Above: a close-up of the head.  Note the thick rostral (nose) scale at the tip of the snout.  This is found in all members of the Genus Pituophis, and functions to aid these snakes in digging.
I've got a few more posts related to our trip, which I'll get to soon.

Franz, R.D. 2005. Up close and personal: a glimpse into the life of the Florida Pine Snake in a north Florida sand hill. In Amphibians and Reptiles: status and conservation in Florida. W.E. Meshaka, Jr., and K.J. Babbitt (eds.). Krieger Publishing Company.